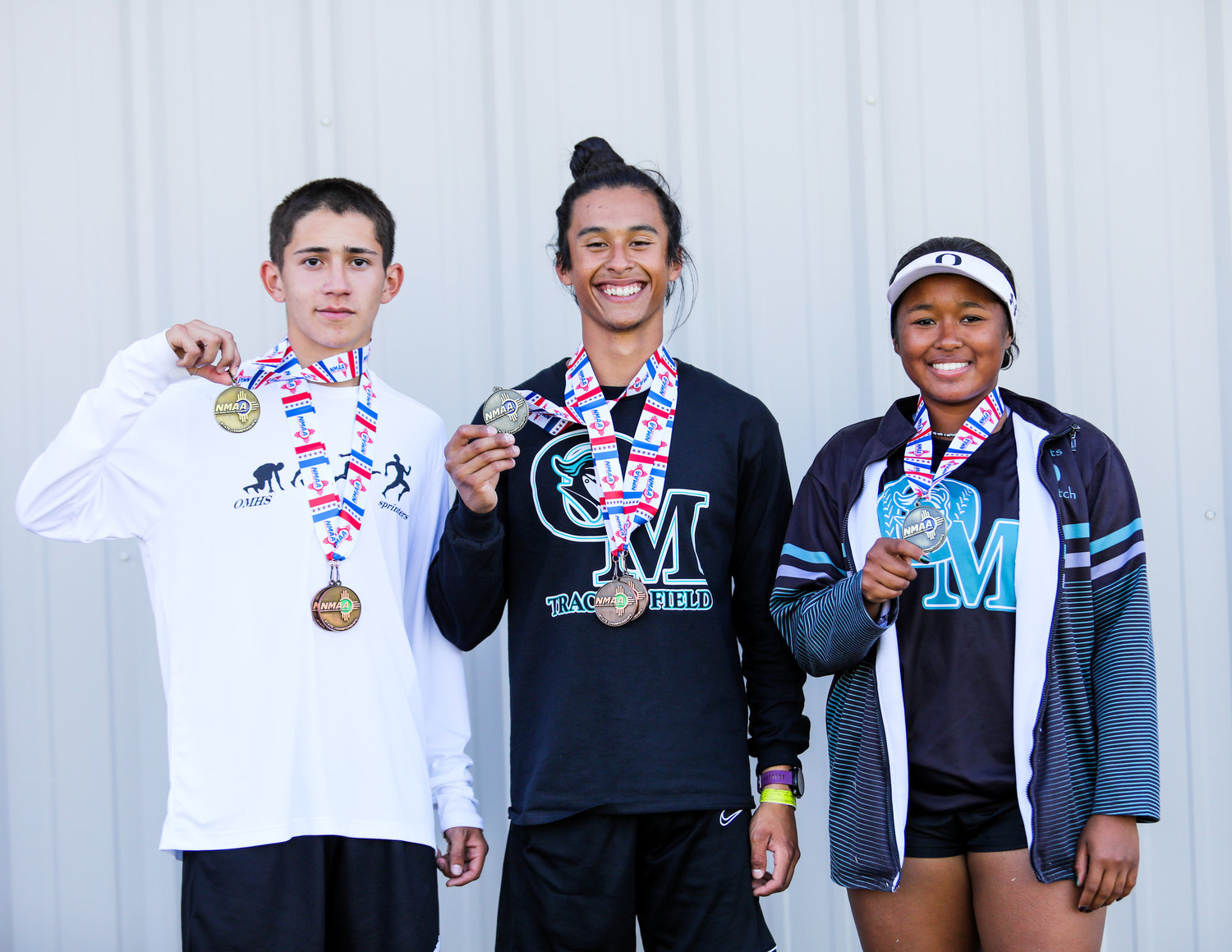 Track and field has always been a big deal at Organ Mountain High School.

This year was another strong one with three individual state champs and a fourth-place showing in the boys team competition at the state 5A championships May 13-14 in Albuquerque.

“Track is a big thing at this school and we have always been a top competitor at the state level and in our district,” said senior James Limon, who won the state 5A title in the 400 meters with a school record time of 49.13 seconds.

“It feels good to be part of something so big,” Limon said. “Coach (David) Nuñez has been here forever and has quite a legacy. I am just happy to be under his name.”

Senior Jonathan “J.T.” Torres won the boys pole vault at state with a vault of 13 feet even. Sophomore Shaolin Munir, who also played softball this spring, won the girls javelin with a mark of 131-even.

“We had a very successful track season that was topped off with three state champions,” Nuñez said. “Jonathan, Shaolin and James have work ethics second to none.

“What really make all three special is they are not just good track athletes, but good students and humble people,” Nunez added. “We define and measure success in our program not only in wins but improving and growing as people.”

Limon said the team’s state meet performance was especially gratifying since it was the first year the school competed under the Organ Mountain name. The school had been known as Oñate for three decades before changing its name.

“We can say we are the first state winners” for Organ Mountain, Limon said. “It’s pretty cool.”

Munir said she never in her wildest dreams thought she would win state when she started throwing the javelin earlier this school year.

Now, complete strangers are coming up to her and telling her “congratulations.”

Next year, Munir said she plans to go out for volleyball and softball in addition to track. As for an encore, she said she would like to one day break the state record in the javelin (142 feet, 9 inches), but first she wants to be more consistent with her form.

Torres, meanwhile, had just finished running his leg of the third-place 3,200 relay when he had to high-tail it over to the vaulting pit and compete in his individual event.

“It was pretty insane,” Torres said. “My legs were super fatigued so getting on the runway (to vault) was a bit difficult.”

Torres said winning state is a “pretty cool” feeling especially since he had been dreaming about it since his freshman year.

“All the early mornings and long nights, it definitely pays off,” he said.