Aggies will take on Cal Baptist in three-game series 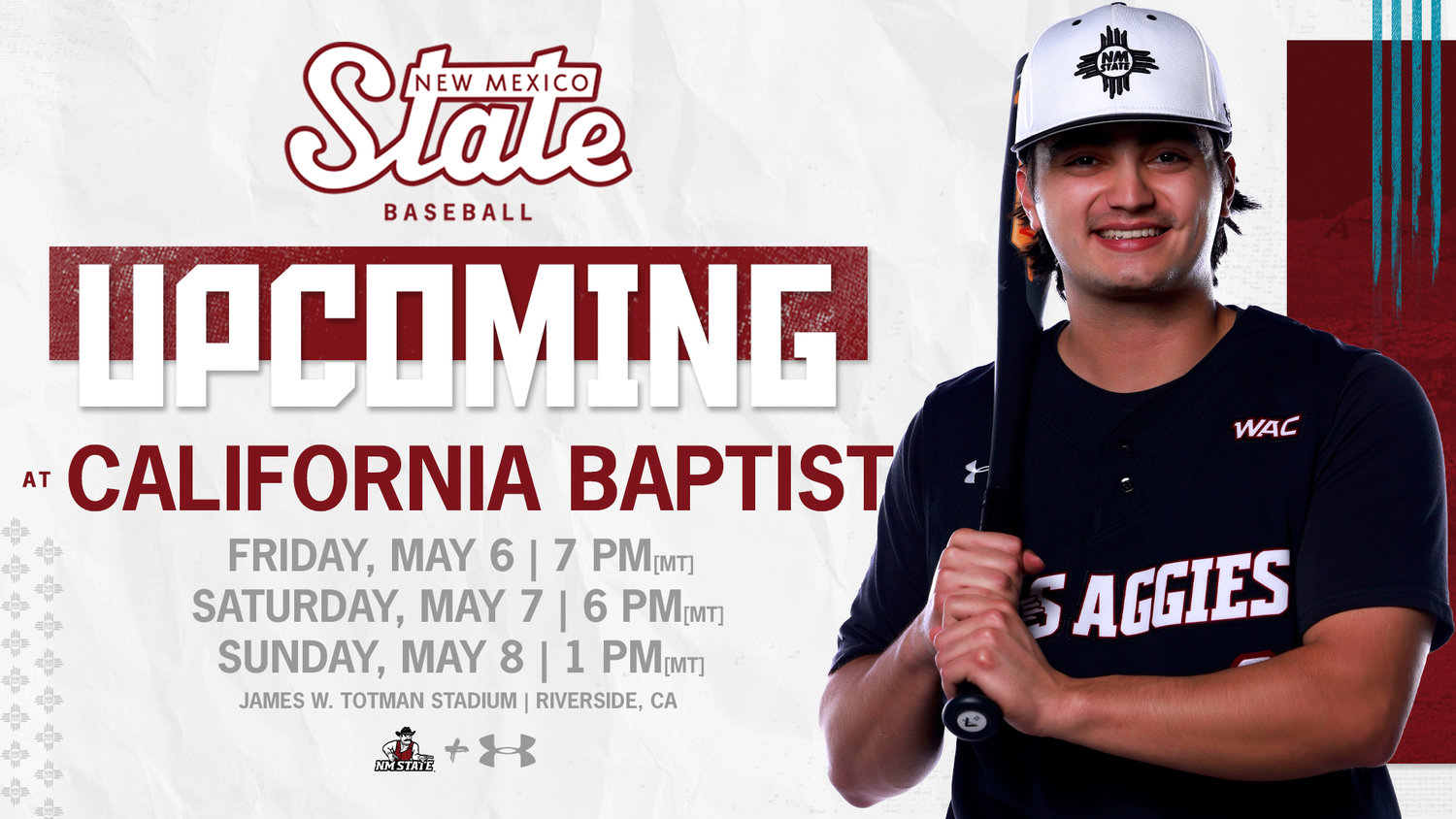 LAS CRUCES, N.M. – With a golden opportunity to create separation in the WAC West division, the NM State baseball team heads to the Golden State for a three-game set with California Baptist. The Aggies currently sit in a tie for fifth place with Seattle U, holding a one-half game lead over Utah Valley. With the Wolverines playing a non-conference series this weekend, the Aggies can create some additional separation with a successful weekend in California.