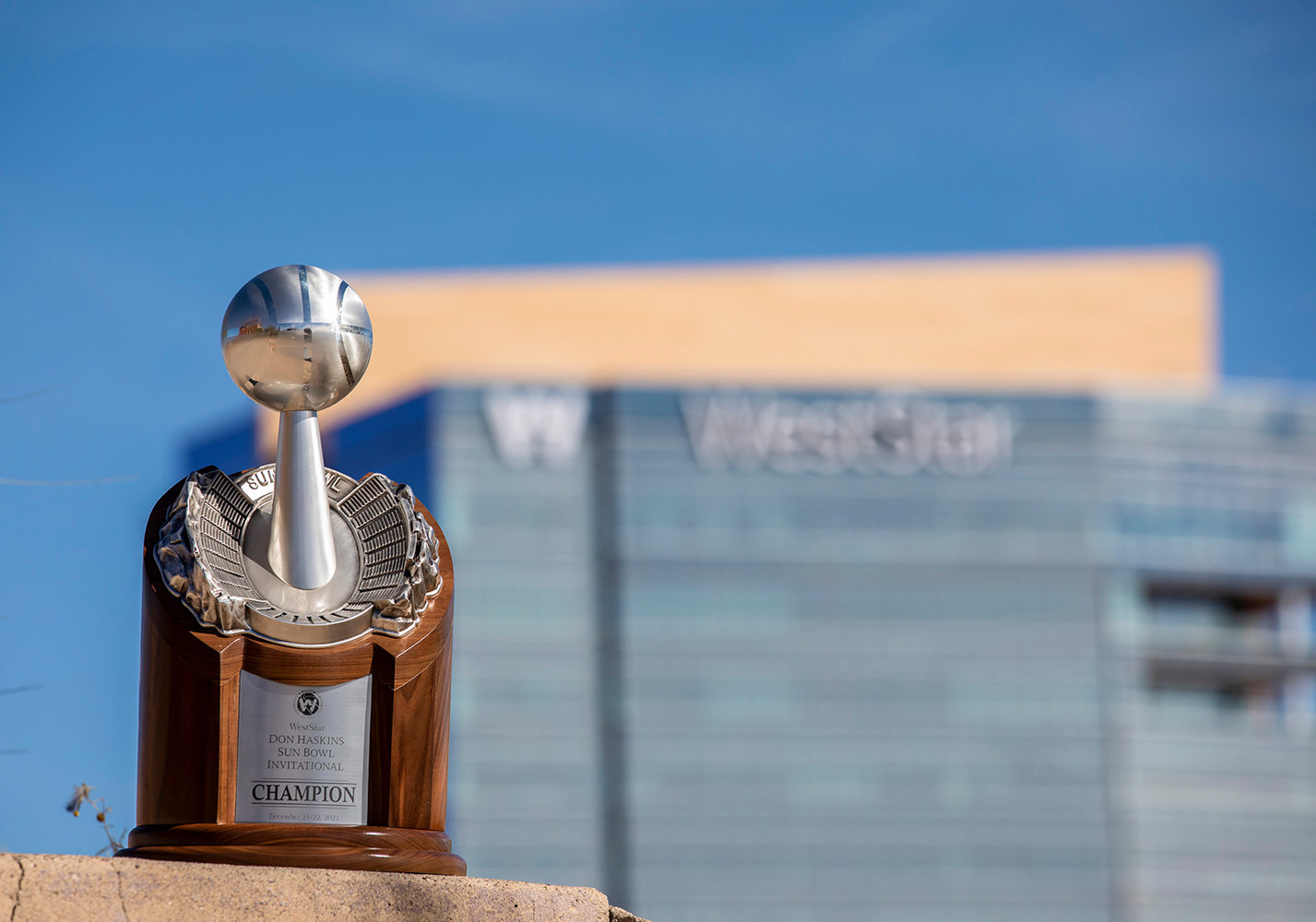 EL PASO, Texas – The Sun Bowl Association and WestStar have announced the four teams playing in the 61st Annual WestStar Don Haskins Sun Bowl Invitational with Kent State, North Carolina A&T coming to the Borderland to join NM State and UTEP in the two-day tournament.  The tournament is set for Wednesday and Thursday, Dec. 21-22, 2022 in the Don Haskins Center.

“We are very excited to bring in New Mexico State for the first time since 1961 as we’ve been talking with Athletic Director Mario Moccia about this since his arrival to the Borderland,” Executive Director Bernie Olivas said.  “Barry Kobren, Amen Ayoub and the rest of the basketball committee continue to work hard to make this a quality tournament and we are thankful for that.”

Three teams reached post season last year including the UTEP Miners, who made a run in The Basketball Classic postseason tournament, reaching the third round before falling to Southern Utah.  The Miners finished the year 20-14 and tallied their first 20-win season since 2014-15.  It was also UTEP’s first postseason win since 2009.

“Head Coach Joe Golding really has things going here in El Paso for the Miners and we hope the community joins us to watch his high-energy team during the Holiday season,” Olivas said.  “Having both NM State and the Miners should bring some extra energy into the arena, and Kent State and NC A&T will definitely one of the more competitive tournaments we’ve had.”

While Golding returns for his second season with the Miners, NM State has a new head coach in Greg Heiar (pronounced "higher").  He is a 22-year coaching veteran at the NJCAA, NCAA Division III and NCAA Division I levels and won the NJCAA Division I National Championship at Northwest Florida State College just this past season.

“The Aggies will be returning for their second appearance 61 years later making the short trip down I-10,” Kobren said.  “We have heard for many years requests to bring them back and we are finally able to make it happen.”

The Aggies, who defeated UCONN in round one of the 2022 NCAA Tournament, picked up its first tournament win since 1992.  It was their 23rd appearance in the NCAA Tournament in program history.

Kent State, who won the 2019 WestStar Don Haskins Sun Bowl Invitational, returns to The Don after a going 23-11 in 2021-22, while ending the season on a 14-game win streak before falling in the MAC Tournament Championship Game.  Golden Flashes head coach Rob Senderoff earned MAC Coach of the Year after crossing off multiple milestones during the season. He picked up his 200th career win, his 100th career-MAC victory and climbed the MAC coaching ranks to seventh place in all-time wins. Senderoff also set a program record with his seventh 20-win season.

“Coach Senderoff led the Golden Flashes back to the MAC Tournament Championship for the first time since 2017 and he brings back MAC Player of the Year Sincere Carry, who withdrew from the NBA Draft,” Kobren said.  “They are one of the preseason favorites to win the MAC conference and return to the NCAA tournament.”

North Carolina A&T is making its second appearance in the Sun Bowl Invitational and is led by coach Will Jones. NC A&T, also known as the Aggies were the MEAC champions in 2021 before moving to the Big South Conference for the 2021-2022 season.  They will be making the move to the Colonial Conference this season.   NC A&T spent 50 years in the MEAC where it won 13 regular season titles and 15 tournament titles.

The WestStar Don Haskins Sun Bowl Invitational values its relationship with the HBCU’s as this is the 18th time in 23 years that it will feature an HBCU team.  The Sun Bowl Association believes this honors the legacy of the Tournament’s namesake, Coach Haskins.