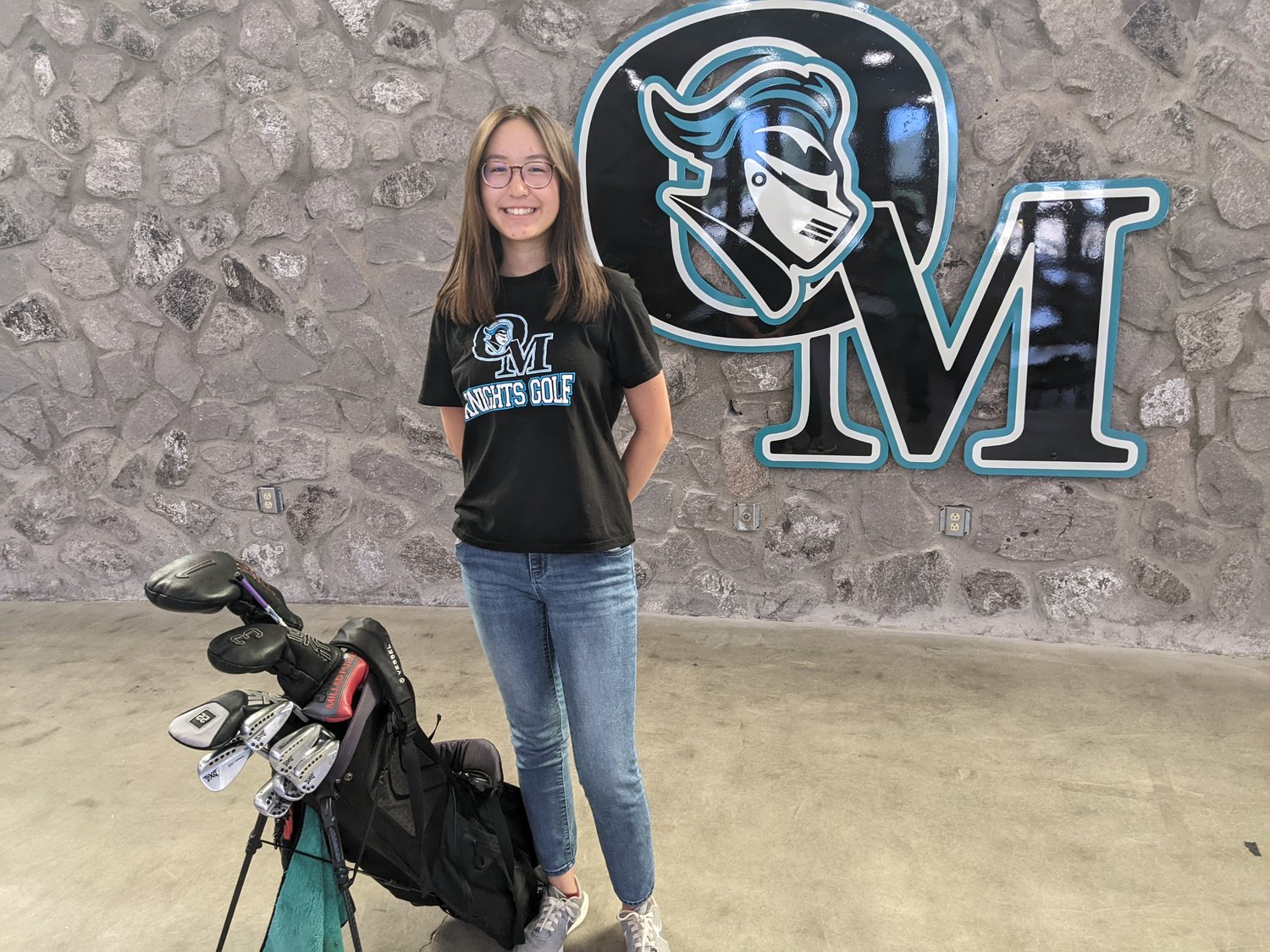 Eleanor Warden, an eighth-grader representing Organ Mountain High School, didn’t look at the leaderboard while she was golfing at the recent state 5A championships at Twin Warriors Golf Course in Albuquerque.

The idea was not to put pressure on herself and try to stay as calm as possible.

The plan worked beautifully as Warden, 14, ended up shooting a two-day total of 151 on the par-72 course on May 9-10. She edged Centennial High’s Alex Armendariz, the defending champion, by 3 strokes. The Centennial girls won the team title.

“The first day was very, very windy,” Warden said. “I wasn’t too sure how other people were playing, but it is always windy here (in Las Cruces), which is great cause I get to practice in it.”

Warden, who was a student at Camino Real Middle School this past school year, said she just tried to keep her ball in play that first day and ended up carding a 76 to take the lead after one day of competition.

The next day, she continued to avoid looking at the leaderboard until she finished.

“I was in the second group; I couldn’t exactly celebrate,” Warden said.

She had to wait to see if her score held up for the win.

She says she has a simple formula – practice, keep improving and give herself plenty of opportunities to try to keep getting better.

“I really like it when I hit a good shot,” Warden said. “It just feels nice. The courses are so pretty. Chipping and putting have been pretty good for me. Making long putts and even short putts are nice.”

Organ Mountain coach John Tarango said his role was to walk the course with her at state, keep her calm and talk to her about anything but golf in between holes.

What makes her special is her drive to succeed, Tarango said.

“She is unreal at her practices and the way she breaks down a course,” he said. “She takes notes after every single shot she takes. That is amazing for a 14-year-old.”

Organ Mountain has a boys golf team, but Warden was the only girl golfer this year. Tarango said his goal is to get other girls to come out for golf and go after the team title at state.

Warden cited Vernon Bane, the head pro at Sonoma Ranch Golf Course, for helping her with her swing, and everyone at Red Hawk Golf Course, the home course for Organ Mountain High.

“She has a huge supporting cast,” Tarango said. “This is a huge accomplishment and we are all very proud of her.”