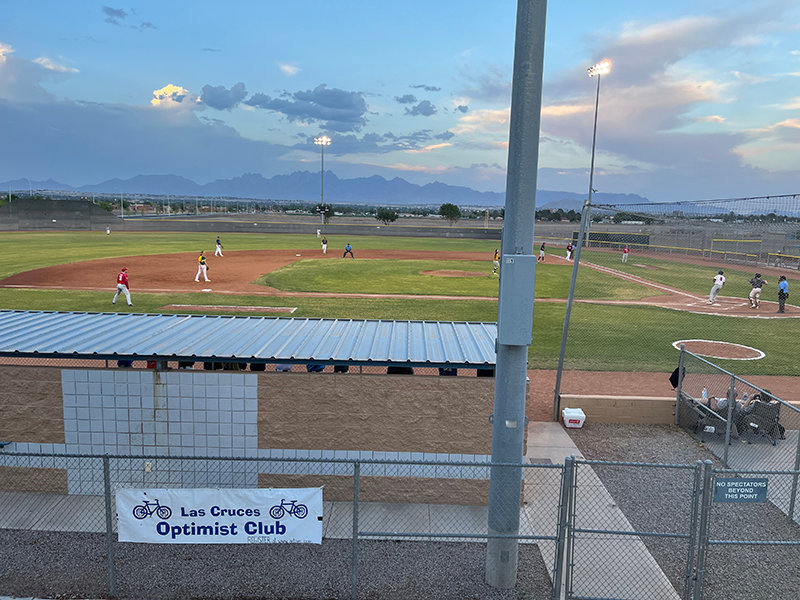 The Bob Ogas All-Star Baseball Classic was back for three games June 9-11 after a two-year absence because of the pandemic.
All photos were taken by Scott McLaughlin

The Bob Ogas All-Star Baseball Classic was back for three games June 9-11 after a two-year absence because of the pandemic.
All photos were taken by Scott McLaughlin 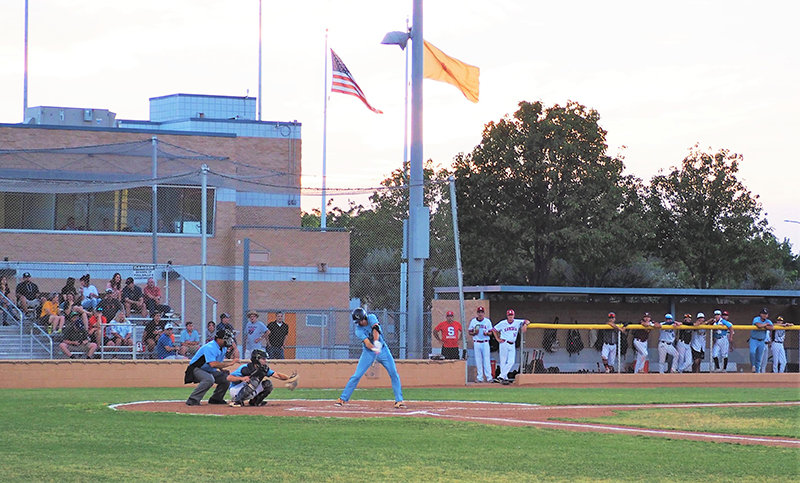 The Bob Ogas All-Star Baseball Classic was back for three games June 9-11 after a two-year absence because of the pandemic.
All photos were taken by Scott McLaughlin
Previous Next
Posted Monday, June 13, 2022 3:20 pm
By Dave Burge

The Bob Ogas All-Star Baseball Classic was back for three games June 9-11 after a two-year absence because of the pandemic.

The three-game series of all-star games at the Field of Dreams is an opportunity for 5A and 4A graduating seniors from around the state to showcase their skills, play some more baseball and maybe catch the eye of some college coaches or pro scouts, organizers said.

Cameren Valenzuela, a catcher and outfielder from Las Cruces High School, said he was honored to be selected to play in the all-star games, which date back 45 years.

“It is a great experience,” he said. “I am glad I made it. It is a good way to end it all (my high-school baseball career) because I don’t think I’m going to the collegiate level. I believe this is a really great final experience for me.”

Dominick Moreno and Ivan Cogles, both of Organ Mountain High, were also selected to play.

This year, teams were divided up into Red and Green squads in a nod to the state’s chile industry and were not based on geography.

The Green squad, which had the three Las Cruces area players, won two of the three games.

The Optimist Club feeds the players and provides lodging for players during the weekend at a local hotel.

The games serve as a fundraiser for the club, but organizers say they are usually happy with just breaking even on expenses.

The all-star event is named after Bob Ogas, who helped to start the event and was Mayfield High’s first baseball coach.

The event also included a banquet with New Mexico State Athletics Director Mario Moccia as the speaker. Players received medals from the New Mexico National Guard and certificates from the Optimist Club.

Len Hampton, president of the local Optimist Club, said he hopes the event also raises the club’s profile and gets more people involved. The club meets at 6:30 a.m. each Thursday at the IHOP on Telshor. Everyone is welcome to attend and see what the club is about, Hampton said.