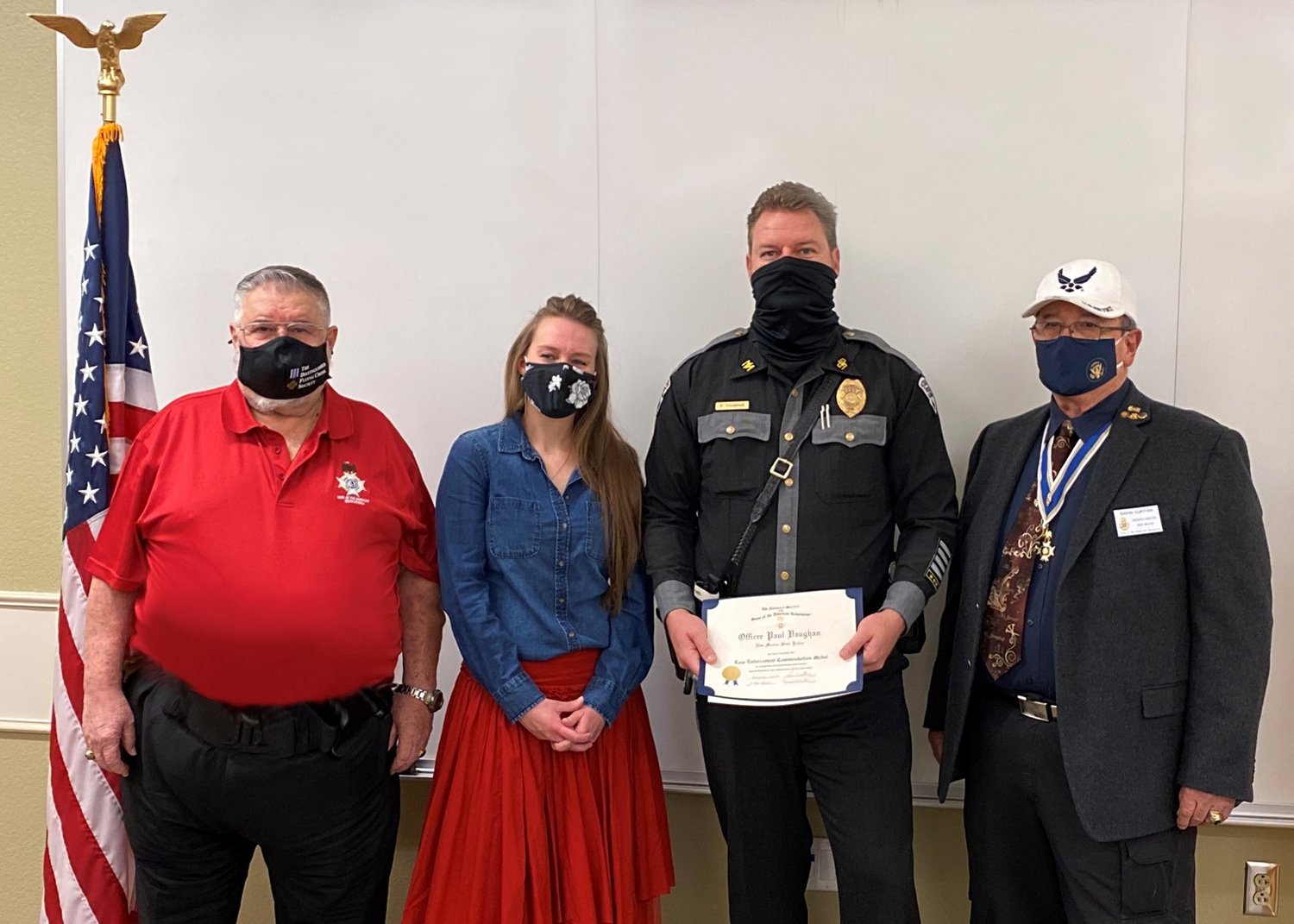 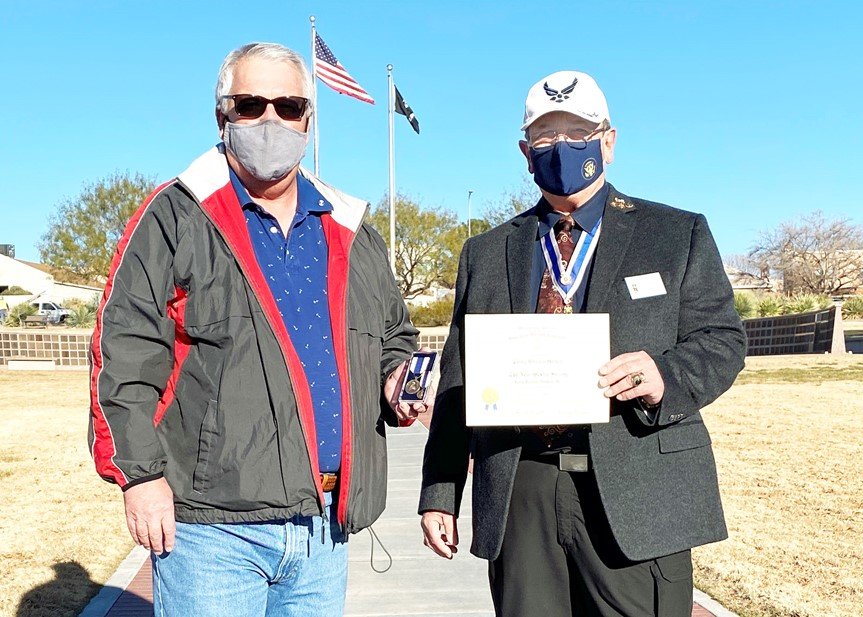 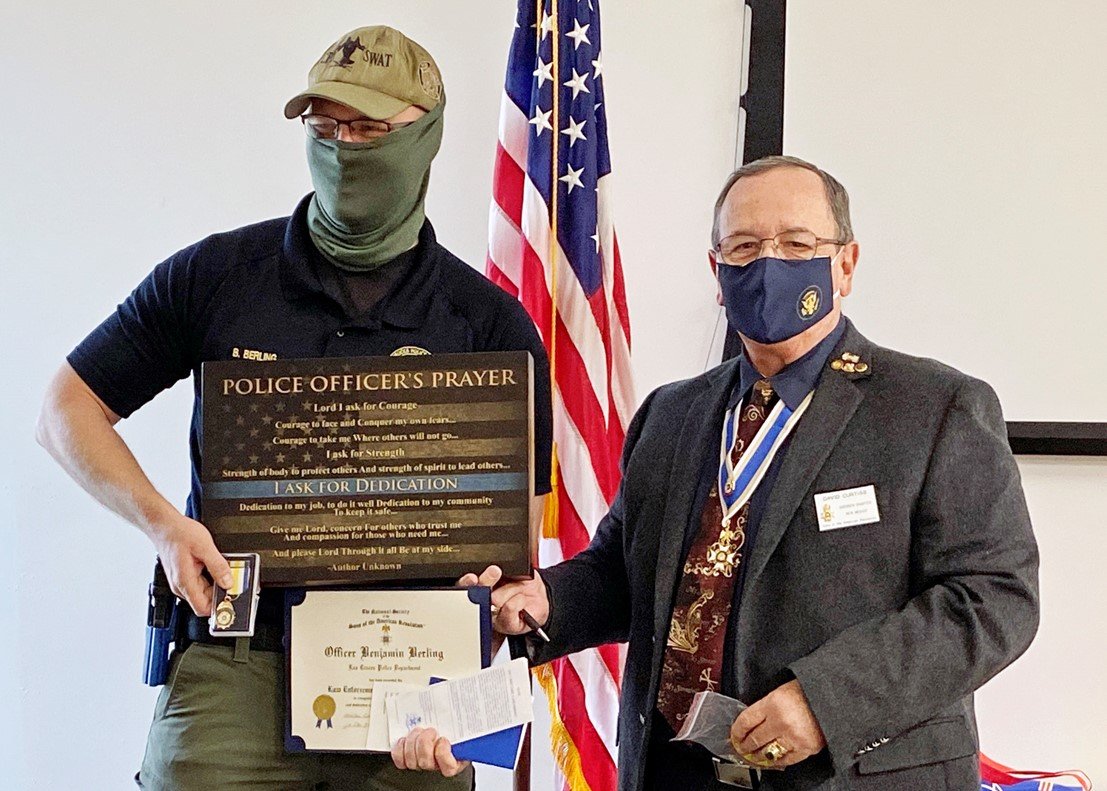 The Gadsden Chapter of the Sons of the American Revolution (SAR), based in Las Cruces, has presented Officer Benjamin Berling of the Las Cruces Police Department the SAR law enforcement commendation medal.

“Officer Vaughan has maintained a high level of excellence and productivity throughout his 19-year career,” Williams said. “He is the epitome of exemplary public service. His conduct reflects his self-respect and the respect he has for our community.

The SAR Gadsden Chapter also has inducted a father and two sons as new members.

It was a first for the chapter when Terry Henkle and his sons, Mike and Scott, were inducted into SAR at the same time, Williams said.

The father was inducted at Veteran’s Memorial Park in Las Cruces, while Mike, in Colorado, and Scott, in Florida, watched and were then inducted via Zoom.