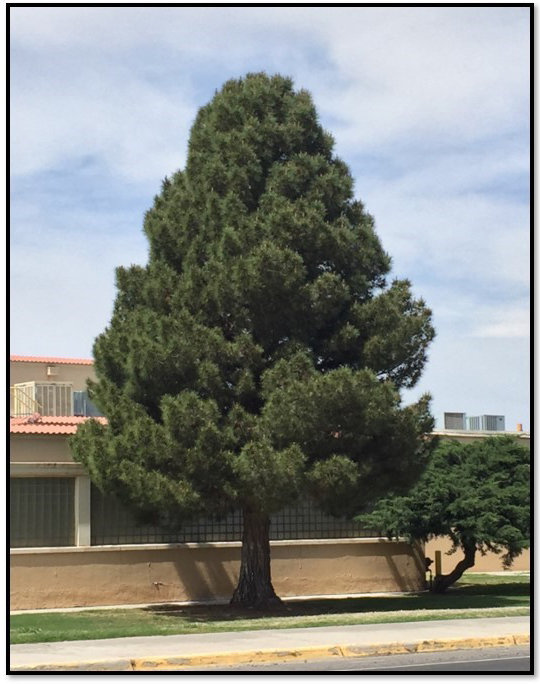 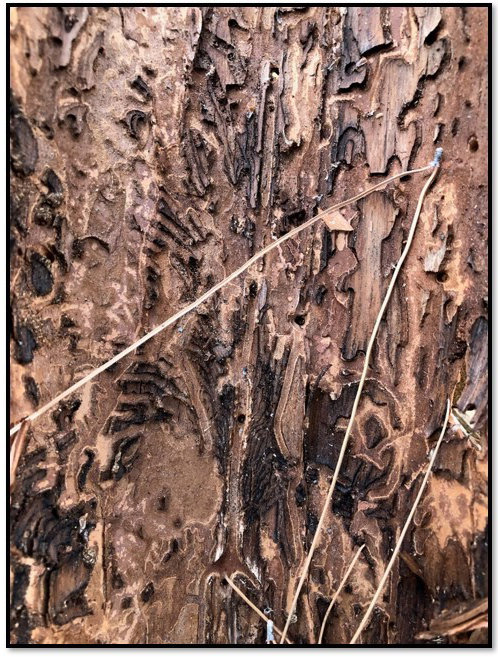 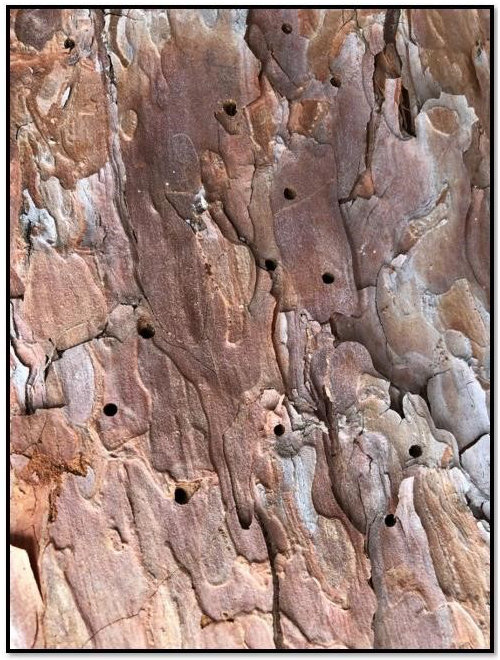 There are probably about as many Afghan pines in Las Cruces as there are people.

However, many of the trees are struggling because they aren’t receiving the care they need, Anderson said.

“The number one reason for the decline of Afghan pines is they are not getting enough water,” said Anderson, who has been receiving a lot of calls about the trees not doing well.

As the name implies, Afghan pines are imported from Afghanistan, Pakistan and southern Russia.

The first Afghan pine seeds were brought to the United States in 1960, Anderson said, and the New Mexico State University ag department brought them to Las Cruces over the next few years.

Thee trees became popular in the United States in the late 1970s and the ‘80s and ‘90s because they are fast growing and make excellent windbreaks and attractive ornamentals – and because they are drought tolerant.

“They’re perfectly adapted to this area,” Anderson said. But, “you need to water them,” he said. “They’re not as draught resistant as you think.”

Much of the advice available online and from other sources about the water needs of drought-tolerant trees is for areas that receive much more annual rainfall than Las Cruces, which has been growing progressively more arid since the 1990s and is now in a severe draught, Anderson said.

“There’s a lot of misinformation out there,” he said.

Afghan pines that don’t receive enough water turn brown or yellow and lose needles, especially on their interior branches, Anderson said. And the needles they produce are hooked instead of straight.

Borers “feed through the whole tree,” Anderson said. Bark beetles, while smaller than borers, “can be even more devastating,” he said. They attack the cambrium, which lies just under the tree’s outer layer of bark and is where growth takes place.

“It’s the life of the tree,” Anderson said.

The natural “fat” a tree produces if it is adequately watered will help plug the holes made by borers and bark beetles, he said. Stressed by a lack of water, however, a tree may be dying a slow death without its owner knowing it.

Much of the problem began in Las Cruces after the very hard freeze of 2011, Anderson said. Many trees, including Afghan pines, were damaged by the extreme cold weather and “the bark beetle and borer populations took off,” he said.

To determine if an Afghan pine is infested with borers or bark beetles, look for small, pencil-sized holes in the bark. If the holes are in a straight line, they likely were created by a woodpecker. If they are in an irregular pattern, the tree is probably under attack from insects.

If the damage isn’t too severe, the tree might recover, Anderson said.

The first step toward recovery is “regular water application,” he said. And, you may also need a couple of applications of imidacloprid 2f insecticide, which should only be applied during the summer.

Figuring how much water a tree needs is important to its proper care, Anderson said. Installing a micro-sprinkler system can help ensure trees get the right amount of water. And keep in mind that a tree that is surrounded by cement will have different water needs than one planted in the middle of a healthy lawn. Also remember that Las Cruces has sandy soil that is porous and doesn’t hold water well.

If properly cared for, Afghan pines can live 100-120 years and can grow to 80 feet tall or more, Anderson said. He knows of at least one Afghan pine in Las Cruces that was planted in the early 1960s and continues to thrive because “it’s in good care.”