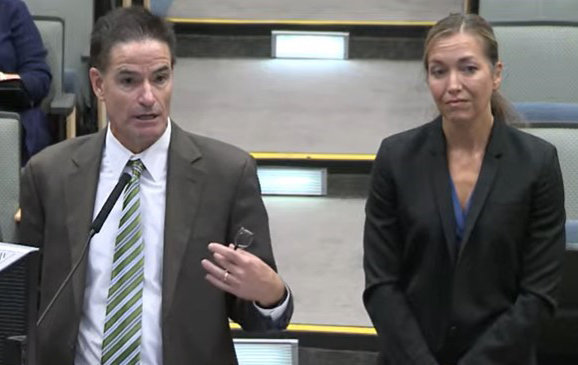 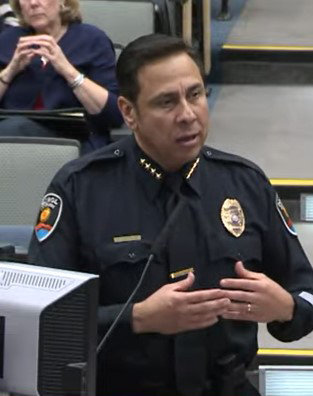 From Dec. 1, 2021-May 31, 2022, OIR Group, the private firm hired by the City of Las Cruces to audit the Las Cruces Police Department (LCPD), investigated 16 total cases, including 11 formal citizen complaints and five internal investigations the department initiated. A total of 48 allegations were made in the complaints reviewed, involving 27 LCPD officers and non-sworn employees.

Mayor Pro Tempore Kasandra Gandara said the complaints reviewed by OIR were initiated during a total of 54,552 calls for service LCPD received.

“We have consistently found that the department has done a very, very commendable job in terms of taking allegations seriously and conducting investigations that are appropriately complete, objective and thorough,” said OIR Principal Stephen Connolly.

The city hired OIR in March 2021 to conduct audits of LCPD. It presented its second semi-annual report during the council’s Aug. 22 work session. The city has contracted with firms to provide independent audits of the police department for more than a decade.

At the meeting, several city councilors expressed concern that OIR audits do not include all LCPD incidents involving use of force.

“Our scope of work doesn’t encompass everything the department does,” Connolly said. Use-of-force incidents involving LCPD officers are only reviewed if they are part of a public allegation of misconduct or an LCPD-initiated investigation, he said.

After the OIR presentation, Mayor Ken Miyagishima said he asked City Manager Ifo Pili to draft a revision to the city’s contract with OIR to include a review of all LCPD incidents involving use of force.

Police Chief Miguel Dominguez said LCPD already is conducting internal reviews of all uses of force by its officers.

‘We review every use of force,” Dominguez said.

The chief said LCPD has created a Force Review Cadre within LCPD to provide “a more robust review” of use-of-force incidents. The department is also increasing officer training for use of force, he said.

Councilor Johana Bencomo said she was concerned about OIR’s conclusion that, in some cases, LCPD has been “overly lenient” in the discipline it handed out to officers in cases where allegations of misconduct were upheld.

“In terms of the philosophy of discipline … to be very frank, some of what stood out to me the most in this report, was instances of lack of truthfulness and where that should fall in line in terms of priority of discipline,” Bencomo said, “and to me that seems pretty significant – it should be top priority.

“Truthfulness matters,” Bencomo said, noting that an officer who made inconsistent statements in one investigation and “was not forthcoming with all information” received only a low-level suspension.

Connolly said OIR recognizes “the crucial importance of truthfulness,” which he said is “at the heart of credibility” for police officers.

“We have communicated that view to the police and look forward to see how reforms in their discipline process continue to evolve,” Connolly said.

“Truthfulness to a police officer is everything,” Chief Dominguez said. “If you’ve been found to be untruthful in a criminal investigation or an administrative investigation, it affects your ability to testify in court for the rest of your career. It significantly impacts the way you can do policing from there on out.”

Most of the time, the chief said, police officers are terminated if a lack of truthfulness is an issue.

Of the complaints OIR investigated Dec. 1, 2021-May 31, 2022, it said 10 resulted from calls for service, including four related to domestic violence calls; four resulted from traffic stops; and one each from a traffic accident, a civil standby and the transport of a complainant.

Of the 27 LCPD officers and employees named in the complaints it investigated, OIR said one was a detective, two were sergeants, 22 were officers, one was a transport officer and one was a non-sworn, Codes Enforcement officer. 15 of those named were Hispanic and 12 were white, Connolly said. Among complainants, eight were Hispanic, seven were white and one was Black.

Investigations of the complaints OIR reviewed showed 22 exonerations and 19 sustained policy violations. The sustained allegations resulted in discipline ranging from a verbal reprimand to a 10-day suspension and one recommendation for termination, Connolly said.

Connolly said LCPD is responsive to recommendations for improvements and is making progress relative to recommendations in OIR’s first audit report, including making formal findings in all complaint cases, commitment to de-escalation training and enhanced training for welfare check and domestic violence cases.

Visit www.las-cruces.org/153/Police (in the red box on the left, click on “submit a compliment/file a complaint”) and OIRGroup.com.