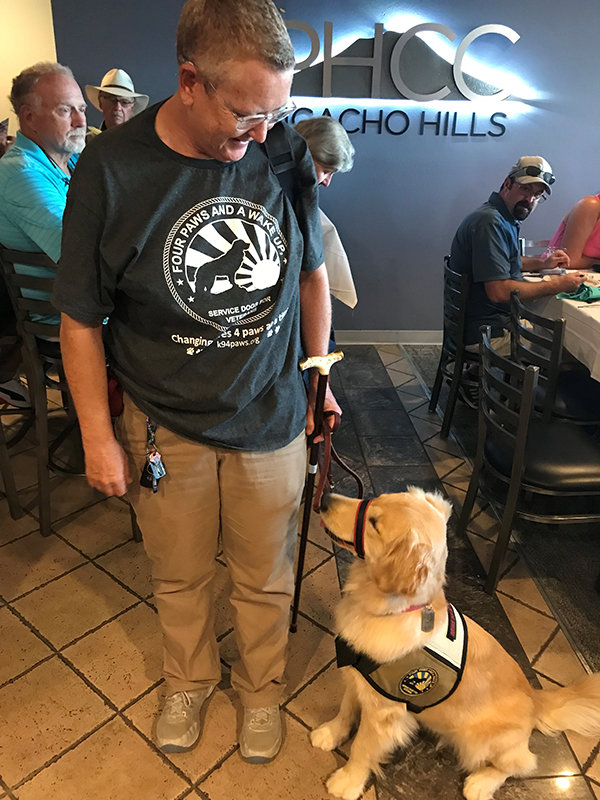 Officials from 4 Paws and a Wake Up, along with golden retriever SeaBee, were on hand at the 2022 Progress Club golf tournament, held Sept. 24 at Picacho Hills Country Club, to receive a donation check.
Photos courtesy of Ron Cavill 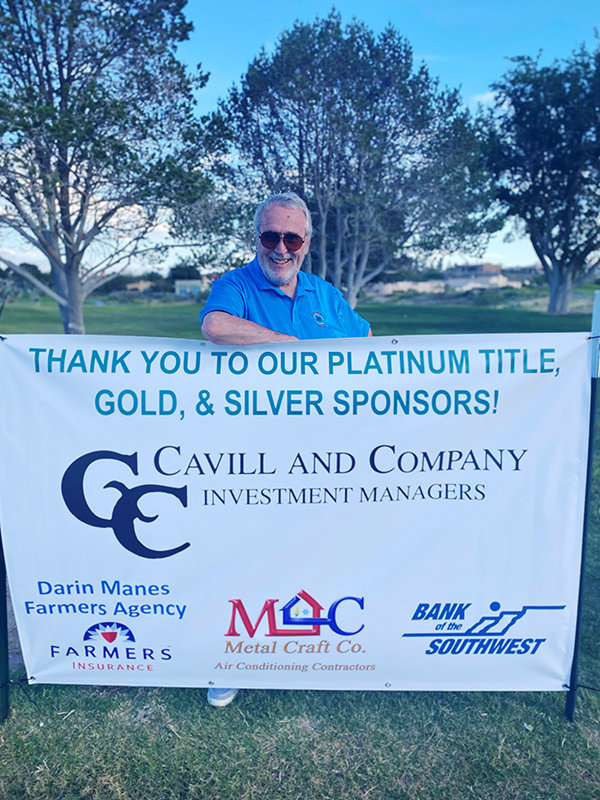 Ron Cavill of Cavill and Company Investment Managers was the chief sponsor of the 2022 Progress Club fundraising golf tournament.
Photos courtesy of Ron Cavill
Previous Next
Posted Thursday, October 6, 2022 10:17 am
By Mike Cook

“Excellent course condition, a good time was had by all,” said Ron Cavill of Cavill and Company Investment Managers, the tournament’s chief sponsor.

4 Paws and a Wake Up (FPWU) and Honor Flights of Southern New Mexico (HFSNM), are among local organizations that will benefit from the proceeds of the tournament.

FPWU, founded in New Mexico and North Caroline in 2019, is “dedicated to empowering people with disabilities to achieve greater independence, and enhanced quality of life, through the services of specially trained dogs,” according to www.k94paws.org.

“HFSNM was established in 2008 by business and community leaders who were devoted to honoring our veterans,” according to www.honorflightnm.org. HFSNM also serves El Paso.

Progress Club members logged more than 40,000 in volunteer hours in 2021 and donated nearly $40,000 to programs benefitting local veterans, domestic violence programs, children and students and women and families in need.

Progress Club dues are $40 a year. Membership is open to all women.