A look at Mendoza House reconstruction 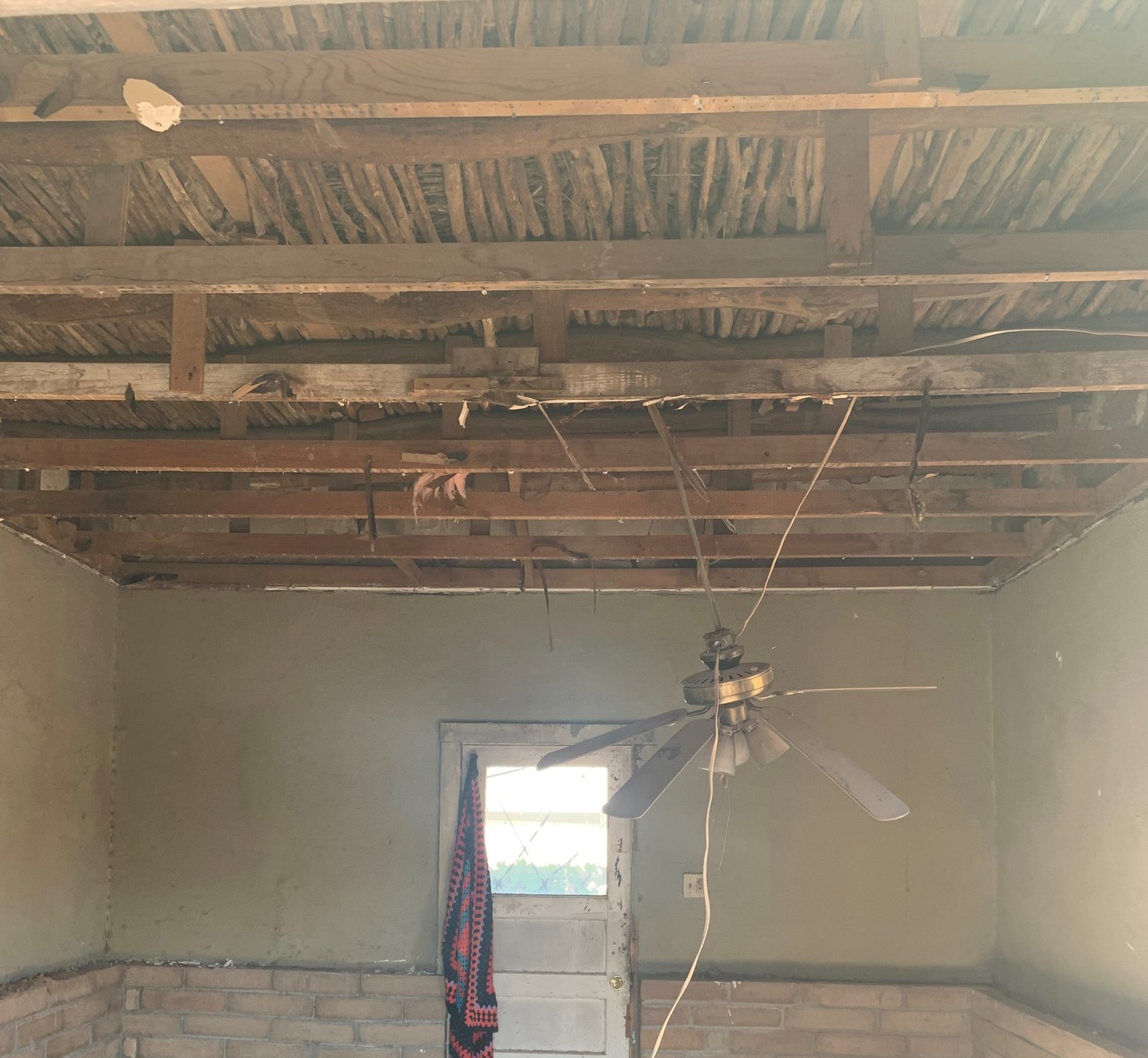 The interior of the Mendoza House; notice the exposed roof, including vigas and latillas that were saved.
Photos courtesy of Prasanna Pai 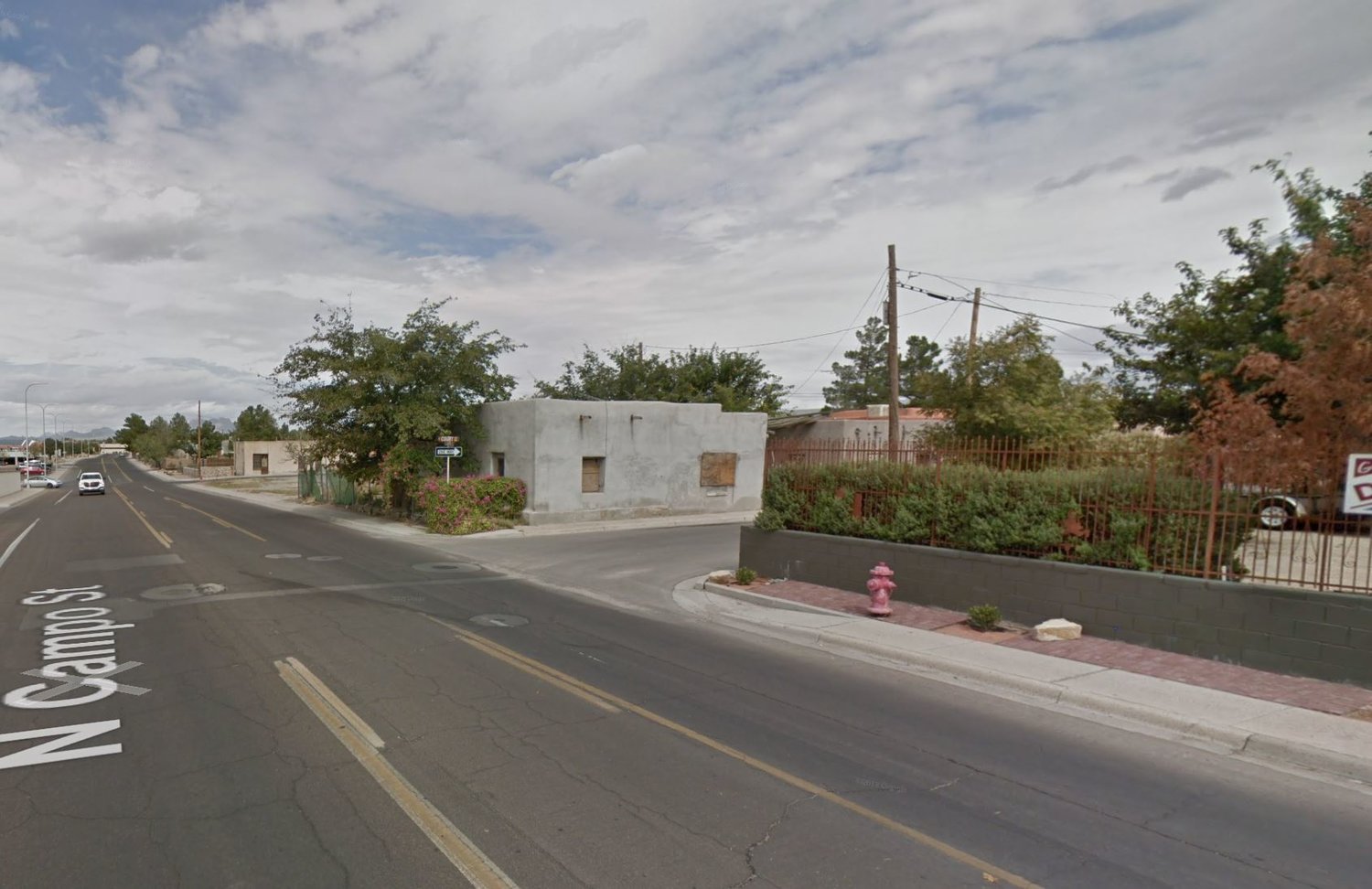 Prasanna Pai of Las Cruces bought one of the city’s oldest houses a few years ago, but discovered that the structure, which dates to the 1840s, could not be saved.

The Mendoza House, located at the corner of Campo Street and Court Avenue in Downtown Las Cruces, was torn down as a result. Pai is constructing a new building on the site that will bring the small house back to life “exactly the way it was,” Pai said, “from the ground up.” The plan will “reuse character-defining elements” of the original home, City of Las Cruces Historic Preservation Specialist Troy Ainsworth, Ph.D., said.

Ainsworth said he recommended to Pai and Jason Clark of Studio D Architects in Las Cruces, who is working with Pai on the project, “the approach used in Venice, Italy, that is, to rebuild ‘com’era, dov’era’ (‘as it was, where it was’). They were immediately agreeable,” Ainsworth said. “Hence, a reconstruction of the Mendoza House has become part of the overall site development,” which includes the Mendoza House and office suites.

“The replica construction of the older block will retain and replicate the original footprint, width of the walls, door and window openings, parapet lines, height and even the partial foundation bump-out on the Court Avenue side,” Ainsworth said. “The seven vigas and the latillas (limbs or sticks used as ceiling material) were carefully removed, laid aside and returned as a non-structural ceiling treatment that, along with a clean, new application of exterior stucco, will maintain the visual character of that street corner as it has been for many decades,” he said.

Pai, who has invested personal savings in the project, said he has worked closely with Clark, Ainsworth, the city Historic Preservation Commission and other city staff on the project, which includes a zoning change.

“They really did an amazing job,” Pai said. “They all did the right thing.”

The new property will be “a window to history” for Las Cruces, he said, and “a gateway to Downtown.”

Pai said construction could be complete by the end of 2022. He said he hopes the project “sparks attention and respect to historical standards” for other local property owners.

Pai bought the property as an investment and because of “a great interest in history,” he said, especially the history of architecture. He and his family have visited sites in the United States, Peru, Guatemala and Mexico City.

Pai said he is particularly impressed by the work of architect Henry Trost (1860-1933), who designed many buildings in El Paso and Las Cruces. Pai said he has also visited buildings Trost designed in Marfa, Texas.

A native of India, Pai worked for state government in Santa Fe before moving to the East Coast to work as an engineer. He and his family moved to Las Cruces in October 2002. His wife, Sangeeth Shanbhag Pai, is a Las Cruces doctor specializing in internal medicine.