Revitalizing Las Cruces: From downtown to the airport 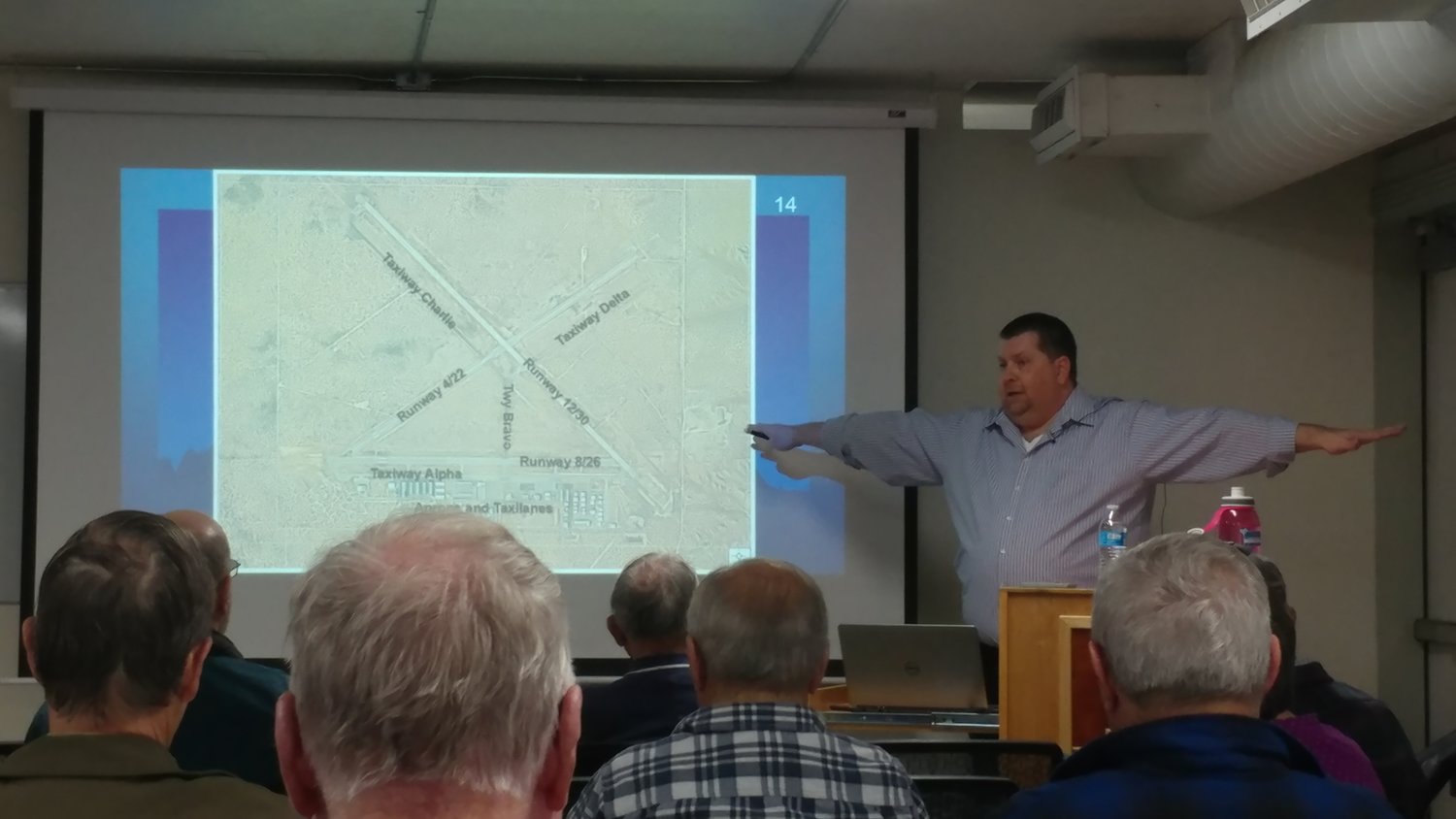 The event will include large and small airplanes, helicopters, rockets, classic cars, muscle cars and hotrods and food trucks. The New Mexico Museum of Space History in Alamogordo will bring a Gemini capsule (Project Gemini, 1961-66, was NASA’s second human spaceflight program) to the event, said Wings & Wheels coordinator Brett Hahn, a long-time member of Experimental Aircraft Association (EAA) Chapter 555 of Las Cruces. EAA is hosting the Desert Fly-In and Wings & Wheels. The event is a fundraiser for aviation scholarships for Mesilla Valley youth.

Wings & Wheels will also include a visit from “Old Number 30,” a DC3 converted World War II plane. There will also be Young Eagle rides and activities for children. For the first time ever, the event will include the High Desert 10K Run, which starts at 8 a.m. on Saturday. Register for free at runsignup.com. The run is unique because it will take place on airport land that is part of restricted airspace.

There is no charge to attend the event.

It’s less than 10 miles from downtown to the Las Cruces International Airport. But, while one is a picture of vibrant growth and activity, the other is “a fairly blank canvas,” to quote Airport Administrator Andy Hume, who may be the single most important asset the two entities have in common.

As the city’s long-time downtown coordinator, Hume oversaw the revitalization of that one-half mile stretch of business and recreation that is again the heart of Las Cruces. He became interim administrator of the 2,200-acre airport in early 2018 and then accepted the permanent appointment a few months later.

After the Plaza de Las Cruces opened and the conversion of Church and Water streets back to two-way traffic neared completion, Hume was looking for a new challenge. “I jumped at it,” he said, when the airport administrator position came open. “I’ve always loved aviation,” he said, and “the opportunity to learn how to run an airport” – especially the one in Las Cruces – provided him with a unique set of challenges that he couldn’t pass up.

Hume, who began his 19th year with the city in October, saw a chance to take what he’d learned from and brought to downtown redevelopment and apply it in a very different venue.

In the center of Las Cruces, the revival of downtown had been in the works in one form or another for many years before Hume took over. But, lying on the far western edge of the city, the airport has stayed mostly out of sight and out of mind, “chronically neglected” as a resource for investment and economic development since the city took it over from the federal government in the mid-1950s.

“We’re turning this place around,” Hume said. With the city’s master plan in mind, Hume sees “five or six big projects per year out here” going forward. To paraphrase an old Mastercard commercial, they include everything from lengthening two runways to make the airport a better option for larger planes and “a viable secondary landing site for Spaceport” – cost: about $12 million; transforming the airport “back to a place where people want to be” – priceless.

“The best thing that attracts people to a location is other people,” Hume said, citing a lesson he learned as downtown coordinator. The “Wings & Wheels Fest” and the High Desert Fly-In that brought large crowds to the airport earlier this month were “a solid step in the right direction,” he said. “We’ve got to get Las Cruces reacquainted with the airport, just like we did with downtown.”

You used to see kids hanging on the airport fence watching planes take off and land, Hume said. It was home to a restaurant until about 10 years ago and has welcomed several commercial air service providers over the years.

Hume sees his greatest opportunity and foremost challenge is putting the airport back into the Las Cruces vocabulary and making it a popular destination for locals and visitors. To do that, he needs to improve airport infrastructure, expand hangar development, build partnerships and find investors.

“The challenge is exciting,” Hume said. “We have a diamond in the rough.”

Hume is part of a five-member staff at the airport, which he called “an amazing team. We punch above our weight class,” he said. The staff includes administrative assistant Lori Romero and three operation and maintenance technicians: Josh Garcia (senior), Sammy Garcia and Cody Sedillos.

“We’re pretty full,” Hume said, and that’s why adding more hangars is a vital part of airport growth. Fortunately, past city leaders recognized that the airport would need to grow, so the city bought up the land that surrounds it.

The airport undergoes a vigorous FAA inspection every year, Hume said. This year, it reduced the number of discrepancies it was cited for to six, he said, and the goal for 2020 is zero.

Hume said the city is developing a contract to conduct an assessment to determine if bringing commercial air service back to Las Cruces is economically feasible. The study will look at things like the volume of local passengers not currently being served, charter flights, corporate travel, the need for a regional airline to connect to larger carriers and the convenience of having TSA (security) and bag-check service in a smaller airport like Las Cruces.

If Las Cruces becomes a center of film and television production, the airport could become an important hub for connecting those industries with local locations, Hume said, noting that Clint Eastwood flew in and out of the Las Cruces airport a number of times while making “The Mule.”

“That’s what we need here,” he said. “Downtown has champions; the airport needs champions.”