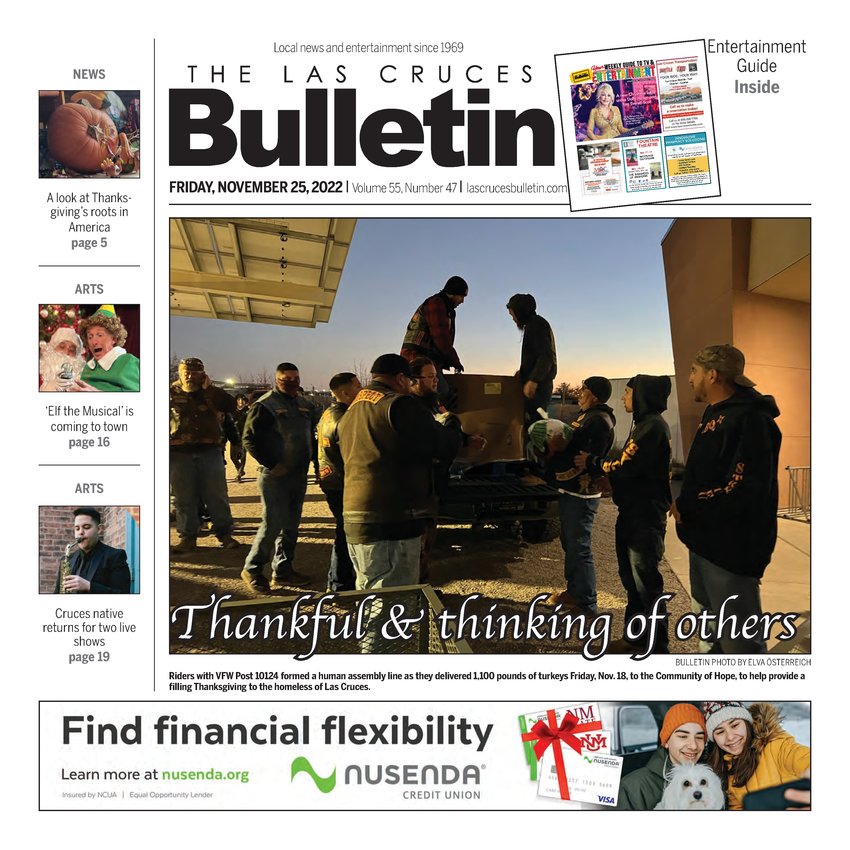 Something to think about

Saba and Blaue team up for art during Covid 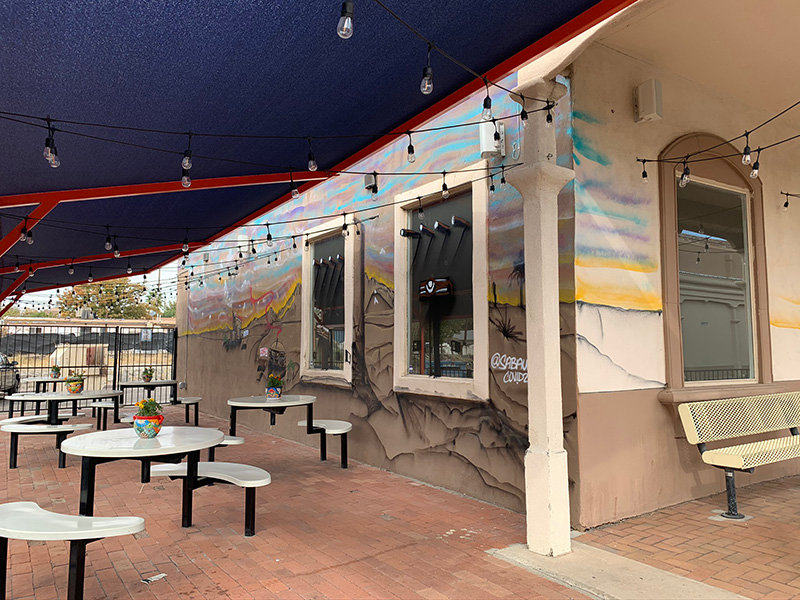 Saba’s mural in progress at 2001 E. Lohman in the Arroyo Plaza.
Photo by Elva K. Österreich 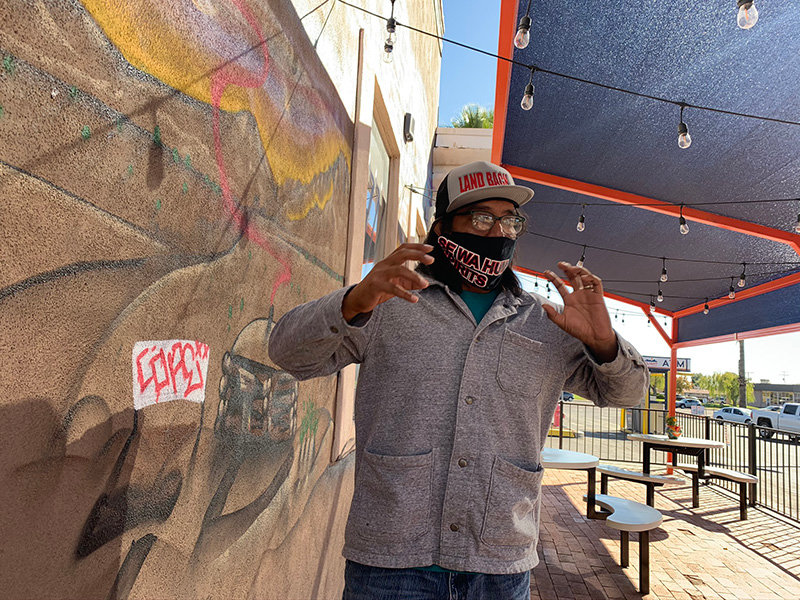 Artist Saba talks about his diverse mural going up on the wall at the Las Cruces taproom of T or C Brewing Company.
Photo by Elva K. Österreich 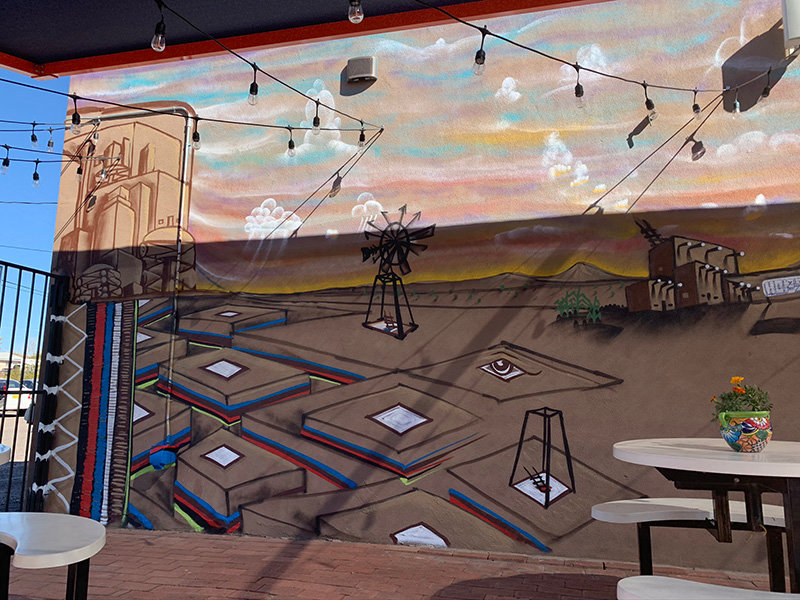 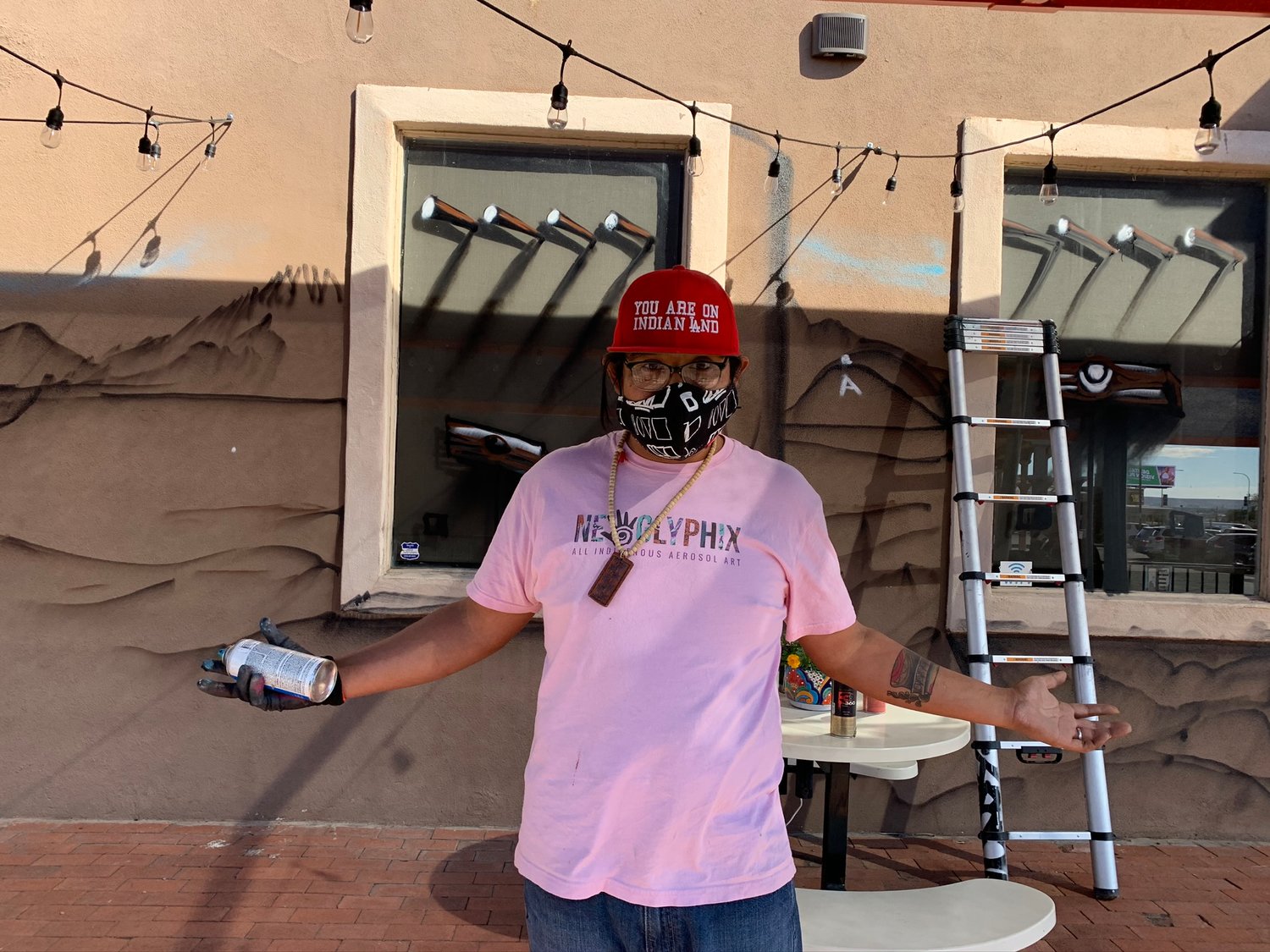 Area artist Saba talks about his diverse mural going up on the wall at the Las Cruces taproom of T or C Brewing Company.
Photo by Elva K. Österreich 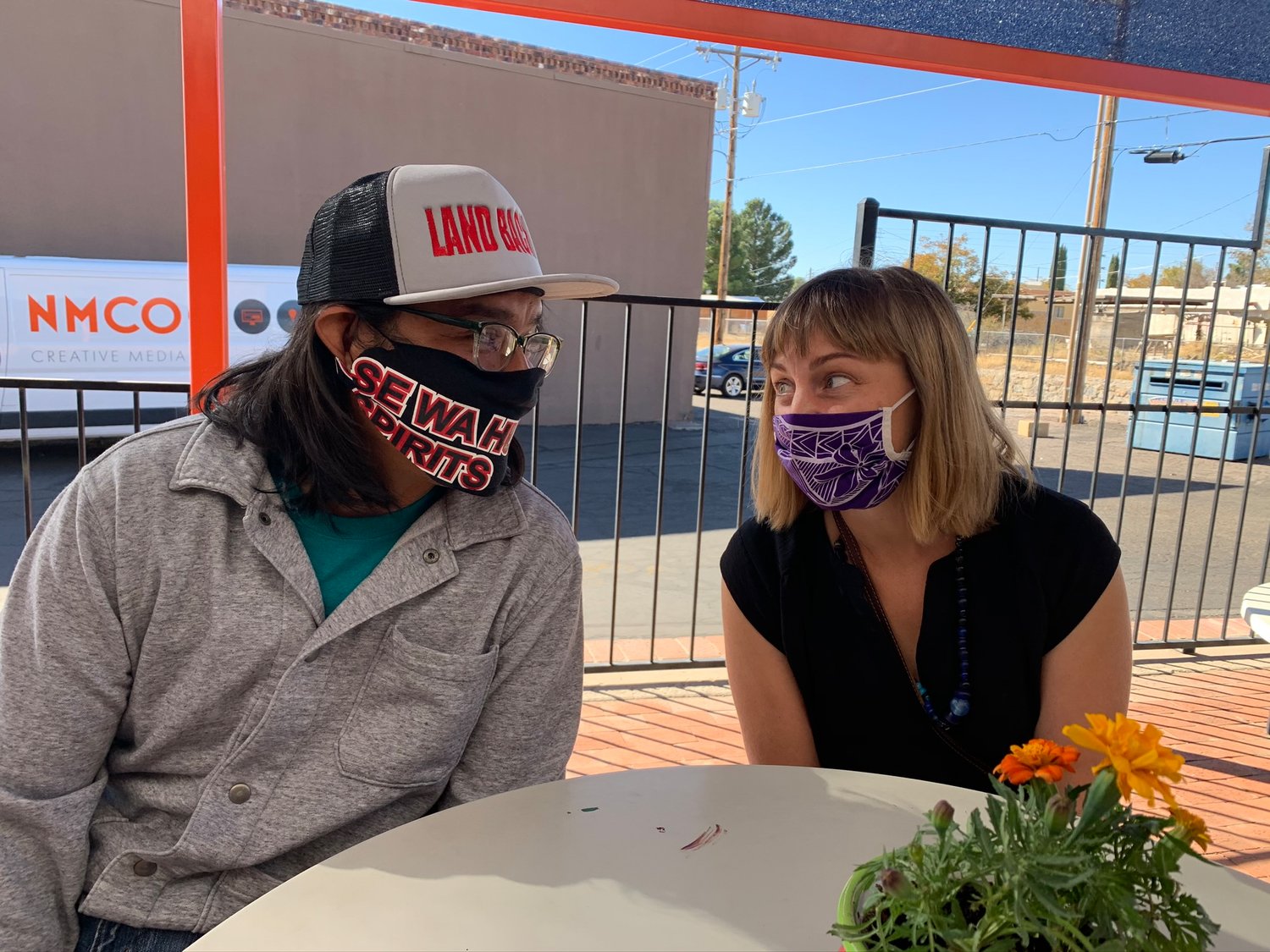 At the Las Cruces taproom of the Truth or Consequences Brewing Company, 2001 E. Lohman Ave., owner/manager Marianne Blaue has been missing the arts.

“We’re really committed to supporting art,” she said, “specifically visual art and live music. That’s kind of core to our whole offering, and the pandemic has really taken that away from us, our customers and the artists we hire, because we can’t have gatherings.”

With all the energy to help the arts, but not a lot of opportunity to do so, Blaue reached out to artist Saba, who likes to work large scale. Looking to do something safe but inspiring, and with the goal of bringing people together, she commissioned him to “create a sign of life,” she said.

“We want to show that humans are here, alive and kicking and still working on things,” she said. “So we thought if we did a big public art piece – if we could find a big wall for Saba to paint on – even people just passing by could get use from it.”

She said she and Saba sat down and talked about the piece, but she had no specific direction she wanted it to go. One thing the company liked about the artist is his collaborative approach to art. They wanted to participate in the artistic process but let the artist be the lead.

“He took it and I think it went through the Saba funnel,” Blaue said. “He put it in the Saba box. That’s the beauty of it, we don’t know exactly what he’s channeling.”

Saba said he was glad to “Sabafy” the wall of the building.

“Everything I paint, write or put in here will encapsulate what’s going on,” he said. “My raw energy for this is very rugged, and I’ll tell you the story that was going on in my head.”

Describing some of the ideas flowing into the piece, Saba uses wide gestures and energetic moving between spaces as he talks about colors and their connections.

“Red-blue, Democrats-Republicans, Crips-Bloods, fire-water, there are all of these natural battles going on,” he said. “You have to choose sides, choose colors, but if you stand back it’s just everywhere you see those things are just made up.”

Saba’s Native American history is reflected in the mural with a Navajo style Hogan, part of the red side and a pueblo reflecting the blue side.

“I don’t care,” he said. “It’s like Broncos and Steelers. But they are still at war today. Both Indians – but we are not the same Indian.”

There is a big city on the wall, grey above a red white and blue Navajo weaving.

“What do the cities need to operate?” he asked as his description became more and more frenetic. Finally ending with, “It’s all aaagh!

“And this is just the earth,” he said. “We still have a whole other world of space. It’s really exciting to me to put this out publicly because these thoughts have been creeping in my soul for a long time, and until somebody says ‘do what you want, I like your style,’ it stays pent up inside.”

Blaue said that’s what you want out of a piece of public art – something to make you think.

She said craft business have kind of a natural alliance with artists of various types. Much of what drew the business to open a draft house in Las Cruces was about the artist connections and the vibrant arts energy of the city.

“We know the hard work involved and nobody is in the business to make money,” Blaue said. “It’s more about craft and purpose and people.

“The one thing about our business is you can accomplish a lot just by having a pint of beer with somebody. You just share a pint of beer, and after sharing a pint, you realize that we are all just people that live on the earth.”