School board members sworn in for terms beginning Jan. 1

Maria Flores completes nearly 13 years on the board 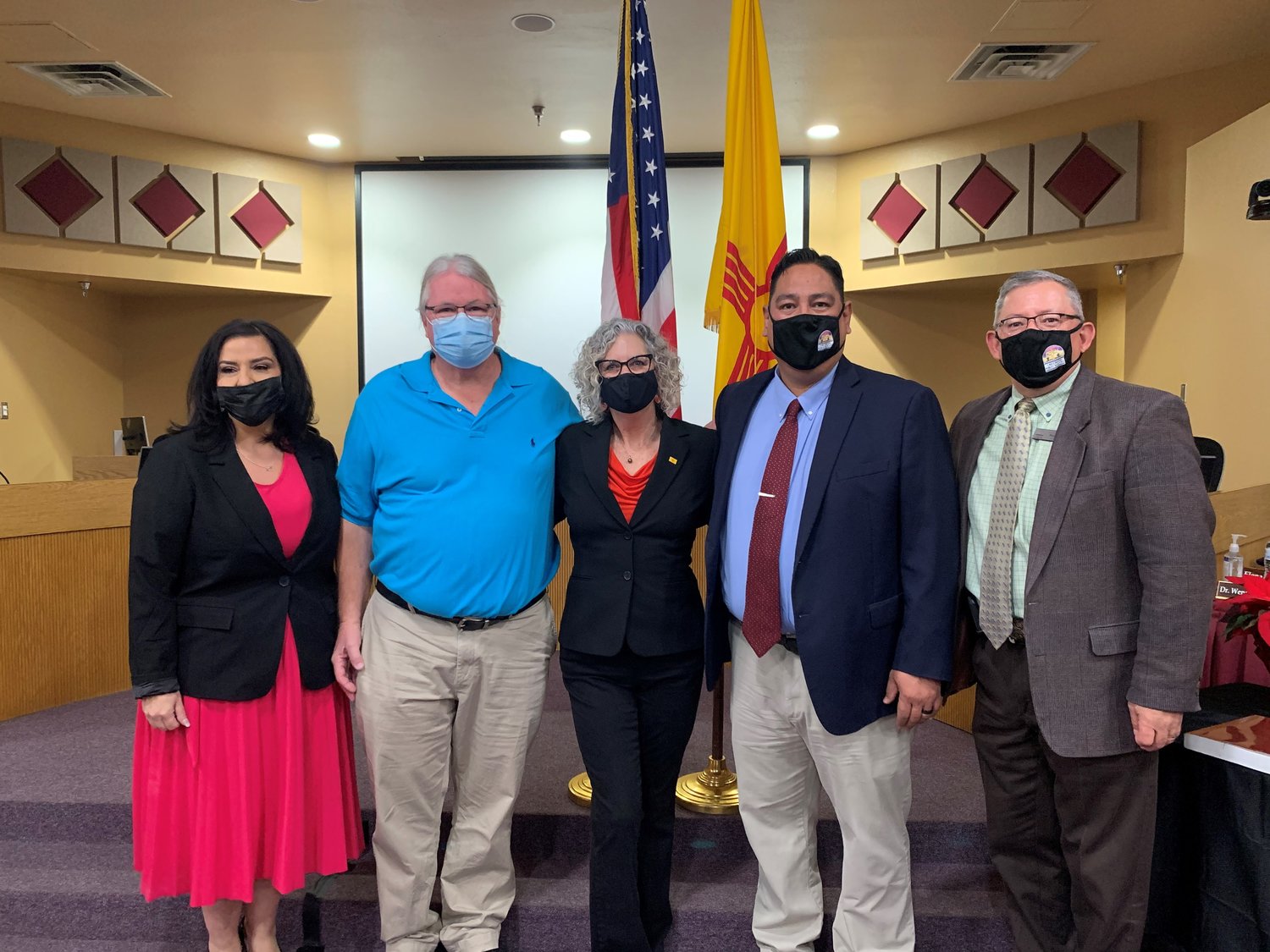 Two incumbents and one new member of the Las Cruces Public Schools Board of Education were sworn into office Dec. 15 for four-year terms that begin Jan. 1, 2022. The ceremony was held at the LCPS Dr. Karen M. Trujillo Administration Complex, with Doña Ana County Clerk Amanda López Askin administering the oath of office.

Ray Jaramillo was elected to his second term on the board in November.

Pamela Cort was appointed to the District 2 seat on the board in July following the resignation of Terrie Dallman. Cort was elected to a full four-year term in November.

Robert Wofford was elected to the District 3 seat on the board in November. He succeeds Maria Flores, who did not run for a fourth term.

“My mantra throughout my tenure was ‘Provoke, Confront and Elevate,’” Flores told the Bulletin. “It helped me through the rough patches and guided me to make a difference. It is a bittersweet moment, but I gladly give my seat to a great teacher and mentor, Bob Wofford. I wish the new Board much success!  Thank your for allowing me to serve! 'Muy agradecida! (Very grateful).’”

When her term ends at the end of December, Flores will have served 12 years and eight months on the LCPS Board of Education. Her term was extended when Las Cruces opted into the Local Elections Act in 2019, which consolidated local elections and moved school board elections from February to November.

Jaramillo, who has served as board president since January, is director of Alpha School for Young Children, a Las Cruces preschool where he has worked for 26 years. He is a member of New Mexico Early Learning Advisory Council.

Wofford retired in 2017 after teaching English at Las Cruces High School for 34 years. He has more than 15 years’ experience as a consultant for The College Board, a national nonprofit educational membership association.