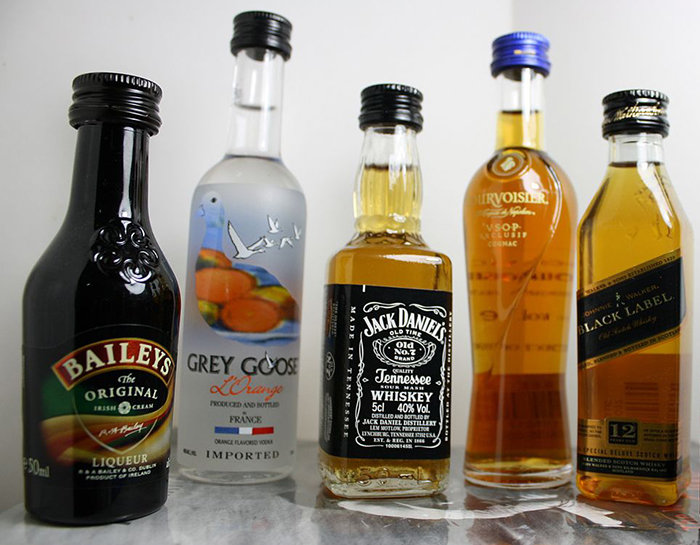 State senators used a bill to allow alcohol deliveries and expanded sales at restaurants as the platform for some serious tinkering with the state’s liquor laws Tuesday, March 9.

The Senate passed House Bill 255 on a 29-11 vote, but not until after six floor amendments, including a new prohibition on the sale of mini-bottles and the elimination of restrictions on Sunday sales, had been added to the bill.

The bill now returns to the House, which must concur with all the Senate amendments to achieve final passage.

“That was not the intent when we started this debate, but the thing is this has been a long time coming. It’s been 40 years coming for us to have this discussion,” said sponsor Sen.  Daniel Ivey-Soto, D-Albuquerque.

HB 255 was created by the merging of two different bills. It was substituted once and amended twice in the committee process before the six floor amendments.

The bill as it first reached the floor would let restaurants within a local option district that sell beer and wine purchase a new class of license that would allow them to also serve mixed drinks. And, it would allow for the home delivery of alcohol if accompanied by a meal.

The amendment banning the sale of mini-bottles, defined as fewer than three ounces, was sponsored by Sen. Linda Lopez, D-Albuquerque.

“This is an issue that exists in many of our communities, where its access is very readily available and it’s used,” she said. “You can open it and drive away while you’re drinking. So we’re trying to address that.”

“Too many times have I been at the Allsup’s and somebody gets a tall (drink) and goes to the counter and orders two bottles of Fireball, opens them right there the at the counter, pours them in, throws the bottles in the trash and walks out and gets in their vehicle,” added Sen. Cliff Pirtle, R-Roswell.

Ivey-Soto supported the amendment, and it passed on a 24-13 vote.

Pirtle sponsored the amendment changing regulations for Sunday sales to match every other day of the week.

“I think these blue laws are outdated,” he said. “It creates a checkerboard system that’s not good for the control of alcohol.”

A floor amendment sponsored by Sen. George Muñoz, D-Gallup, was specific to his own community. It would prohibit the sale of hard liquor at convenience stores in McKinley County.

Sen. Mark Moores, R-Albuquerque, said he was troubled by the amendment.

“To me there’s almost a racial element to this argument,” he said. “It’s almost saying a certain cultural population can’t handle their liquor and so we’ve got to ban them from buying this liquor instead of addressing the underlying causes.”

Other senators said every county should have that option. But Muñoz said the situation in McKinley County was unique.

The first two floor amendments made technical changes to the bill. The first amendment set a limit of three mixed drinks per customer, established an 11 p.m. closing time, restored a prohibition on liquor stores within 300 feet of a church or school, and established regulations for checking IDs on all home deliveries of alcohol.

The second amendment removes tax credits intended to compensate liquor-license holders if the license is owned by a big box store. The final floor amendment, by Jeff Steinborn, D-Las Cruces, calls for the state to do a study on the impacts of alcohol home delivery in five years.

Current liquor-licenses holders bitterly opposed the bill during committee hearings. Some have paid as much as $1 million for their licenses under New Mexico’s strict quota system. They said that they have used their licenses as collateral, and risk having their bank loans called if their licenses are devalued by this newer, cheaper alternative.

The bill does include tax breaks and credits for current license holders, but Ivey-Soto expressed little sympathy for them. Pulling a driver’s license out of his wallet and weaving it in the air, he argued that the alcohol licenses were no different.