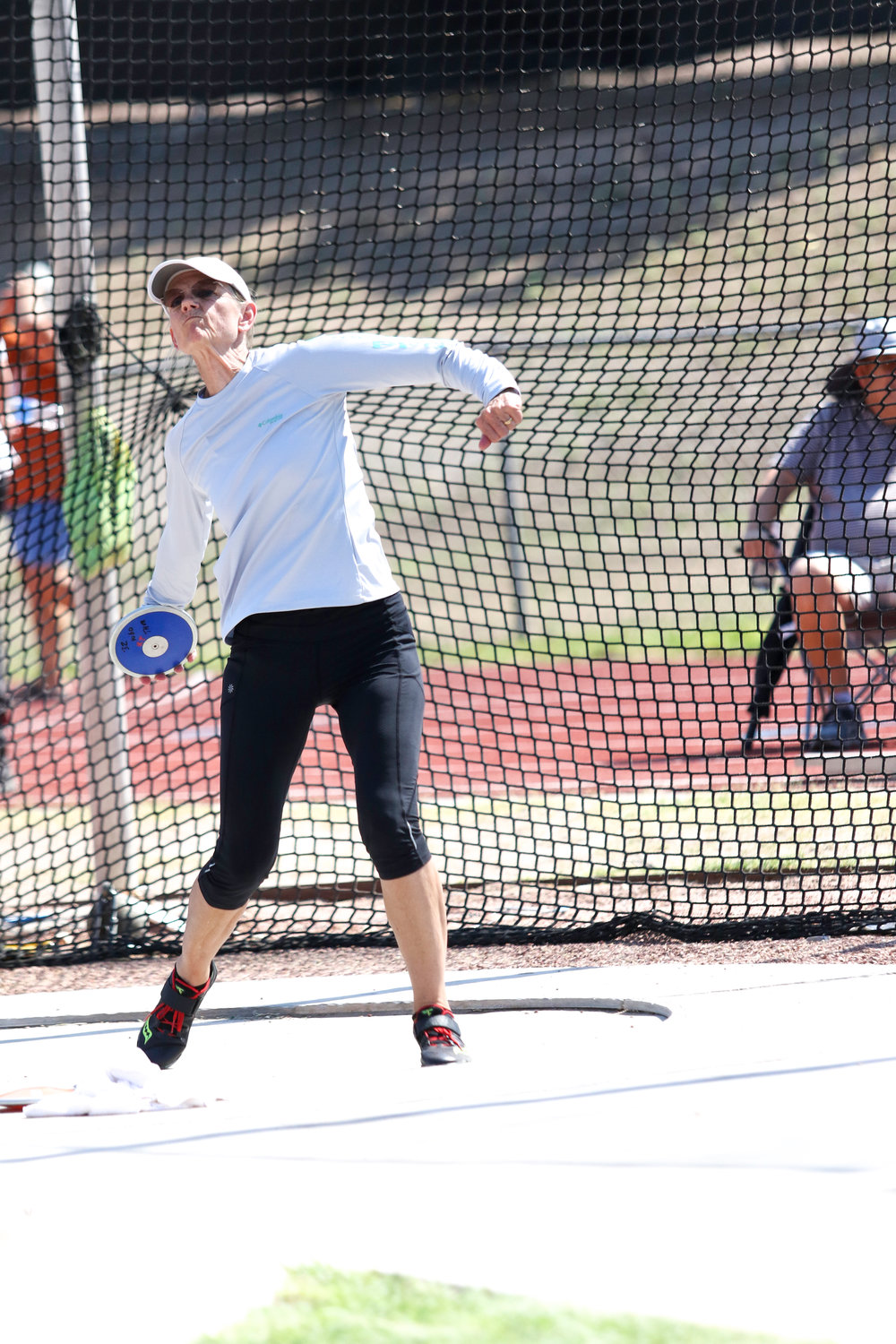 Kristen Terpening of Tucson took first place in discus in the 60-62 age group.
Photos by Tabitha Rossman for the Bulletin 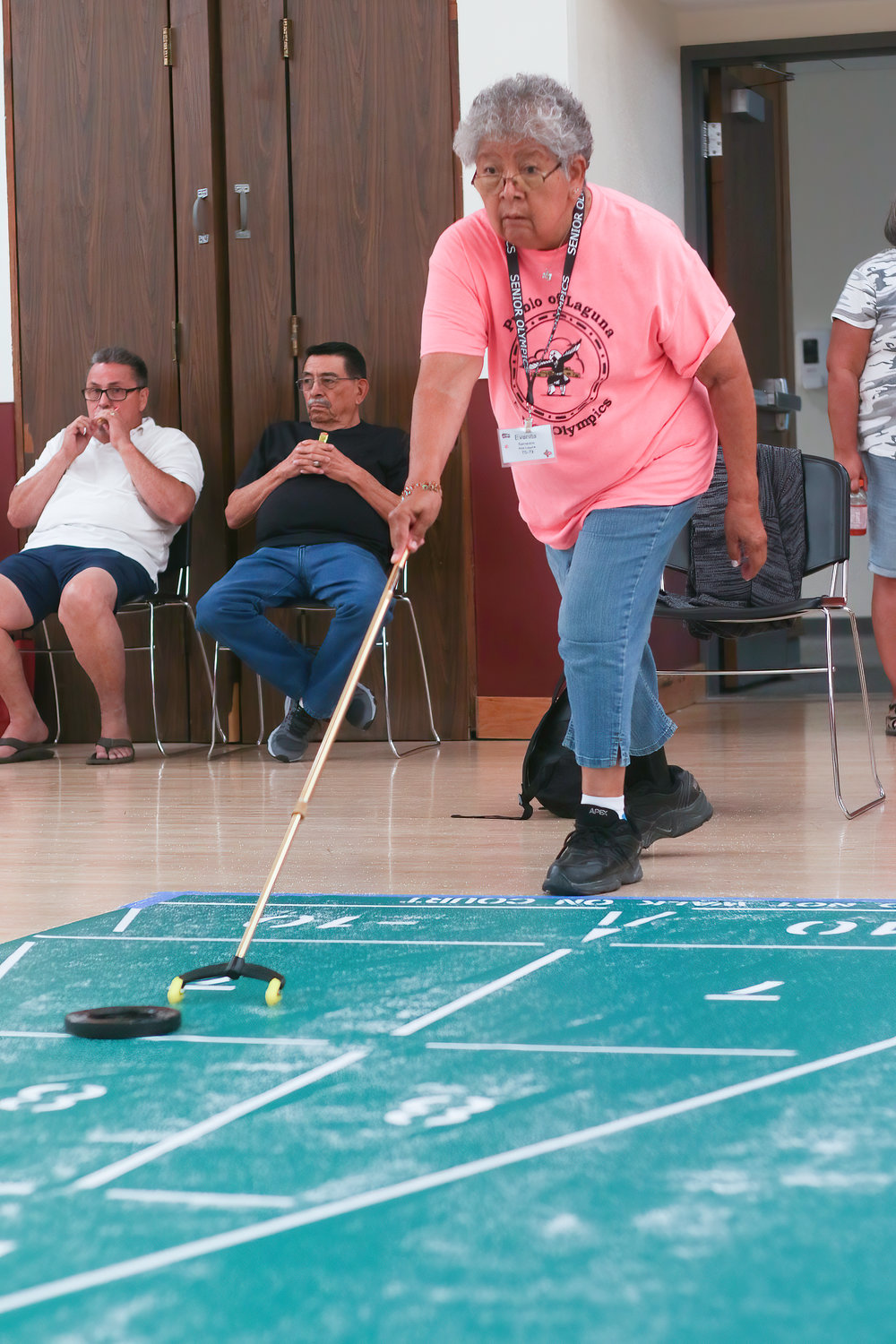 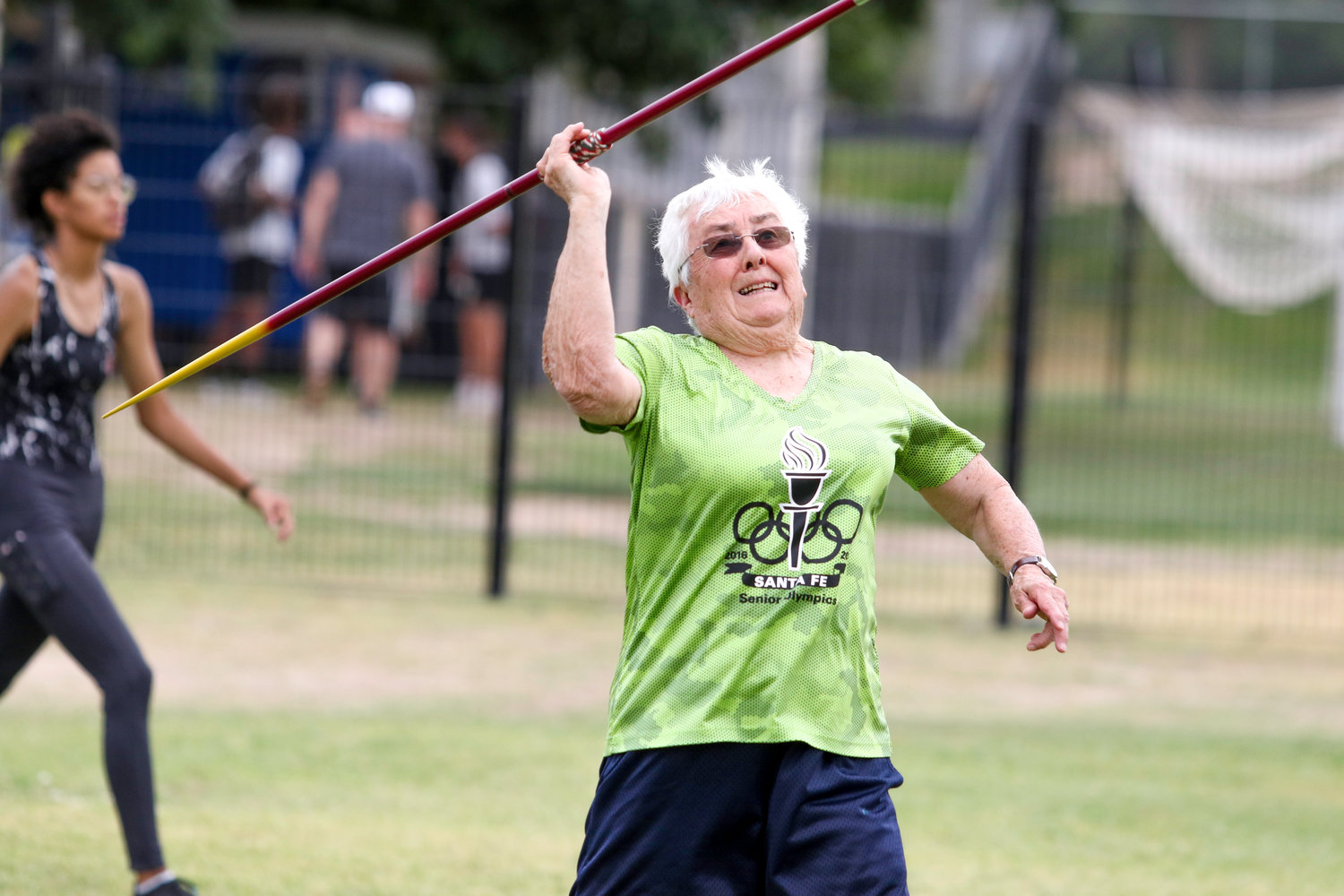 Barbara Hutchison throws the javelin as she earns first place in the 85-89 age group.
Photos by Tabitha Rossman for the Bulletin 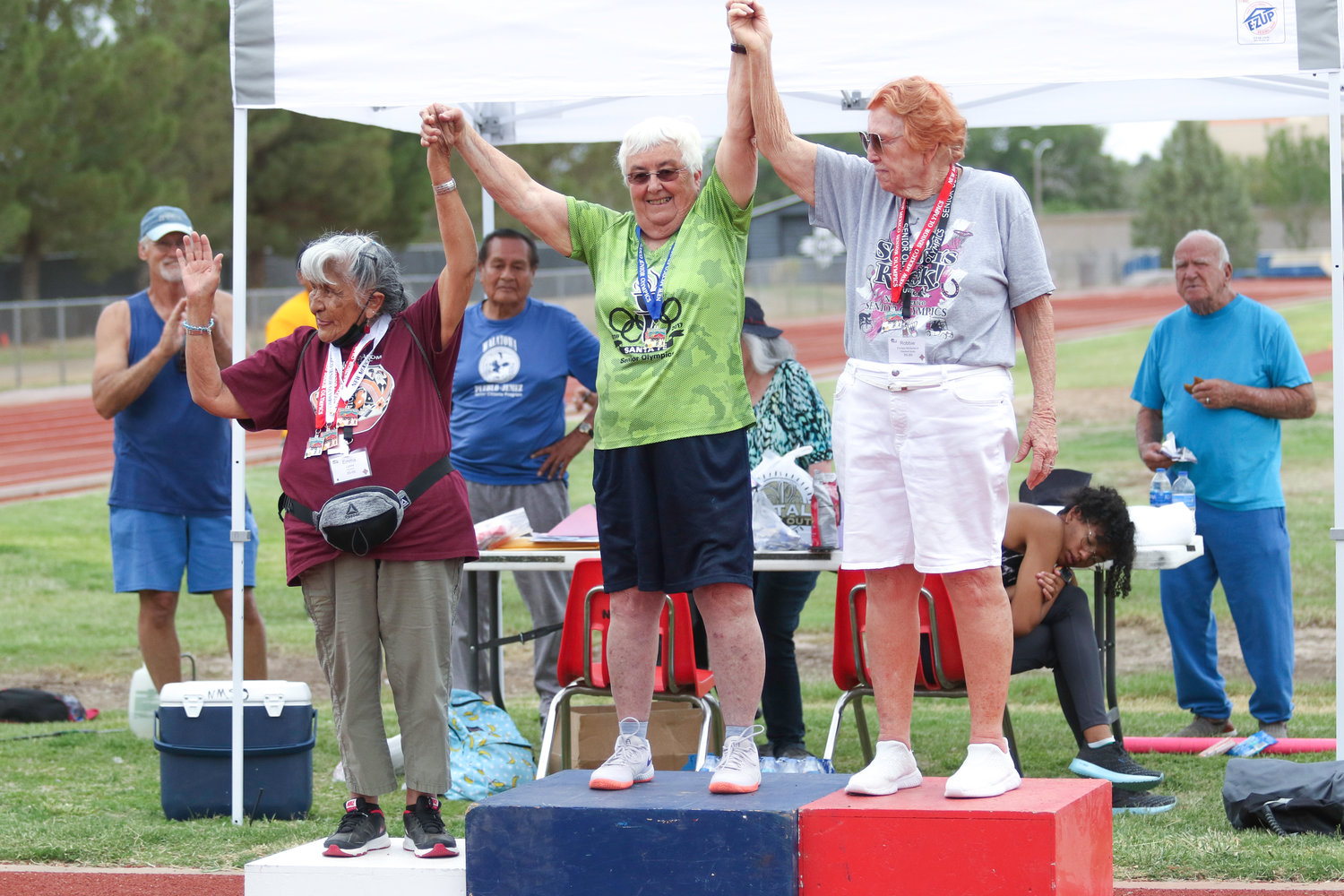 On the winner’s stand for javelin in the 85-89 age group are Ema Liptow from Acoma in third place, Barbara Hutchison of Santa Fe in first place and Robbie McFarland of Elephant Butte in second.
Photos by Tabitha Rossman for the Bulletin
Previous Next
Posted Tuesday, June 14, 2022 12:28 pm
By Elva K. Österreich Las Cruces Bulletin

Gina Montague, administrative registrar for the New Mexico Senior Olympics, said she heard a lot of great feedback from the seniors participating in the state games held last week in Las Cruces.

“Everybody had a great time,” she said. “After being out of it for a couple of years, they were really happy to get to see their friends again.”

Montague said there were 586 participants registered for the games, but it was hard to tell how many actually participated because many who didn’t check in, still were there to compete.

Because of the intense heat, she said, the outdoor sports were scheduled early in the mornings.

“We got a lot done in the morning,” she said. “I heard a lot of great feedback. I really enjoyed meeting the seniors. These were my first games, and I really get to know them a little bit.

“Everything went fine,” reported participant Barbara Hutchison. “I managed to get four gold medals –table tennis, shot, discus and javelin and I had a great time doing it.”

Hutchison, currently competing in the age group for 85-89, started when she was 55. She looks forward every year to the state event, mostly to catch up with old friends and interact with new folks. But the catching up was bittersweet this year.

The group of participants from Laguna Pueblo she loved to hang out with had only one participant this year and Hutchison learned two of the others had died with Covid.

“There was some sadness,” she said. “But it was nice to catch up with other people I see every year. A lot of people still fearful.”

Although she has set records at the National Senior Games in the past in pickleball and some field events, Hutchison does not intend to compete in the upcoming 2023 Pittsburgh games.

With attendance down this year, the first since Covid shut down the world, Hutchison and Montague both look forward upcoming years as the games continue to resume.