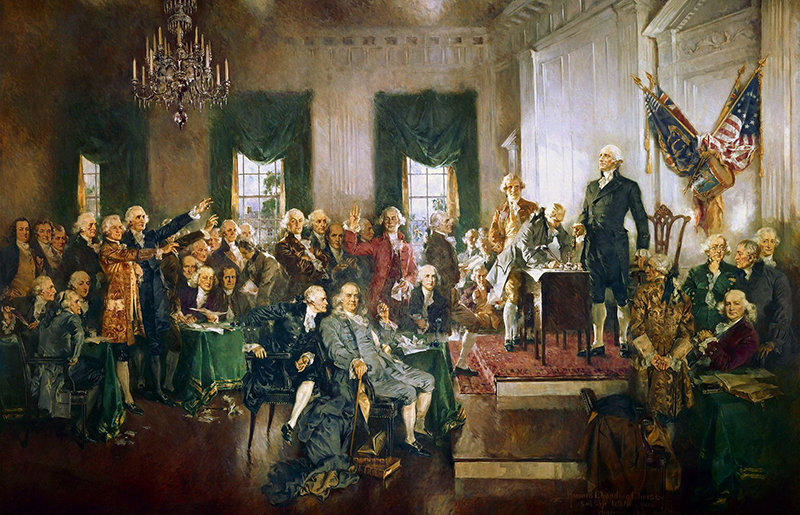 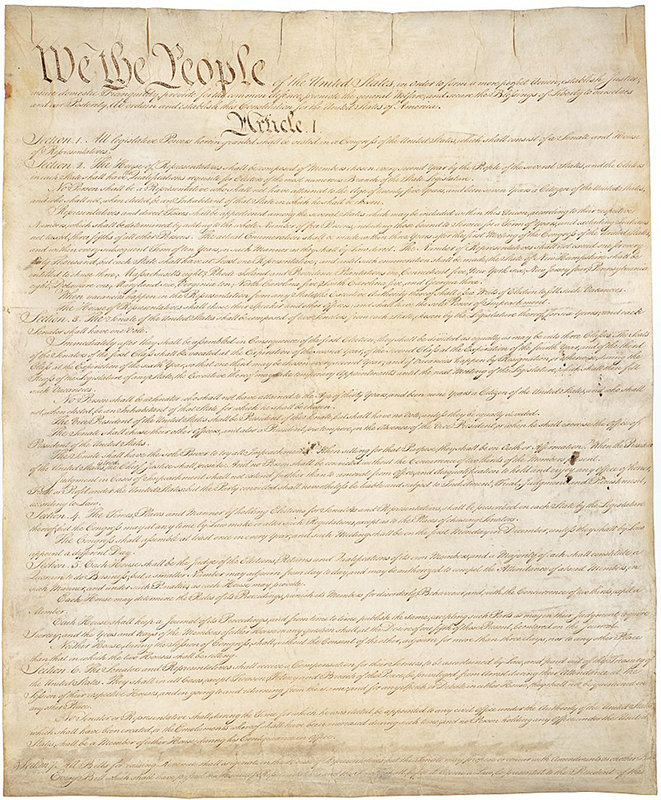 Page one of the original draft of the U.S. Constitution
Public domain 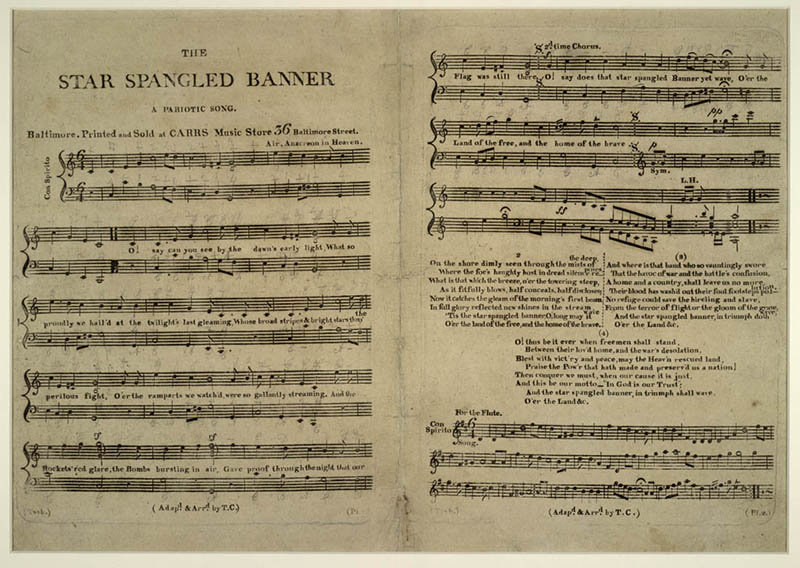 The earliest surviving copy of the National Anthem, from 1814
Public domain
Previous Next
Posted Thursday, September 8, 2022 11:35 am
By Mike Cook

Key (1779-1843), then a 35-year-old Maryland and Washington, D.C. attorney, wrote the poem as he watched the British Royal Navy’s bombardment of Fort McHenry during the Sept. 13-14, 1814 Battle of Baltimore, five months before the end of the War of 1812. Key was being held prisoner aboard-ship by the British until the battle ended because he knew of British plans for the attack on Baltimore. Key had been meeting with British officers about a prisoner exchange.

British composer John Stafford Smith (1750-1836) wrote the music in the 1770s for “The Anacreontic Song” for the gentlemen’s club of amateur musicians that he belonged to in London. The tune was adopted as the tune for the Star-Spangled Banner soon after Key’s poem was written.

Thirty-nine delegates to the Constitutional Convention, including George Washington, Thomas Jefferson, Benjamin Franklin and Alexander Hamilton, gathered in Philadelphia for the last time Sept. 17, 1787 to sign the Constitution they had spent almost four months drafting.

The Constitution was ratified and became the supreme law of the land June 21, 1788 when New Hampshire approved it, providing the backing of the nine states it needed for ratification. Delaware was the first state to ratify the Constitution, Dec. 7, 1787; Rhode Island was the last, May 29, 1790.

Before the Constitution was adopted, the United States and its nearly four million residents were governed by the Articles of Confederation approved by the Second Continental Congress Nov. 15, 1777 and coming into force March 1, 1781, after being ratified by all 13 states.

The U.S. Constitution is the world’s oldest functioning constitution, pre-dating second-place the Kingdom of Norway’s constitution (1814) by almost 26 years. The Netherlands has the third oldest (1815), Belgium the fourth (1831) and Denmark the fifth (1849).

New Mexico in 1787 was known as Santa Fe de Nuevo México and was a province of the viceroyalty of New Spain. Its Spanish governor was Juan Bautista de Anza Bezerra Nieto (1736-88).