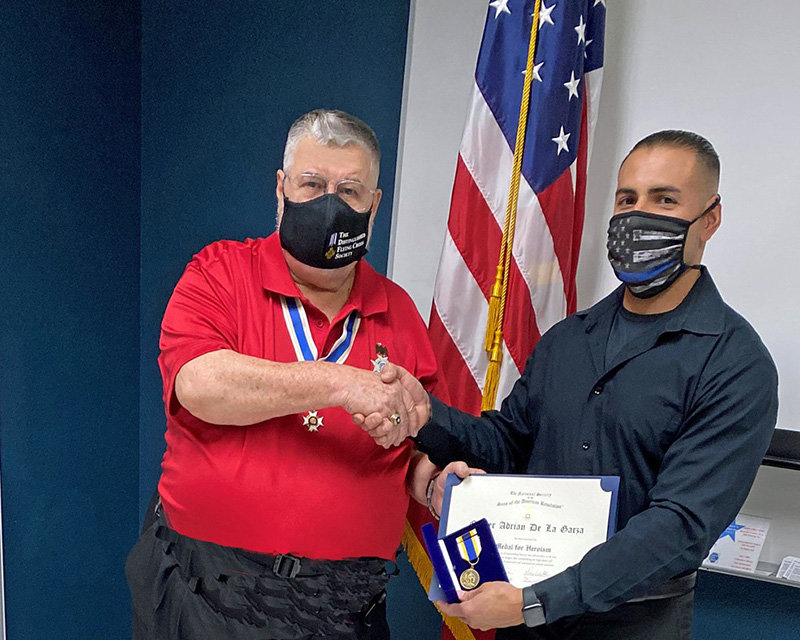 On February 4, 2021, De La Garza “was placed into a critical incident on I-10 with an armed and dangerous subject who, sadly and tragically, had just taken the life of New Mexico State Police Officer Darian Jarrott,” SAR said in a news release. “Officer De La Garza completed a successful pursuit intervention technique (PIT) maneuver on the fleeing suspect and nearly immediately was taking fire, at close range, from the suspect. Adrian was shot and wounded, and still had the intestinal fortitude to bring a successful resolution to the situation.

“The fact is Adrian never gave up on himself, or on the safety and welfare of other officers involved in this incident,” SAR said. “The training Adrian received in the (Las Cruces Police) Academy and throughout his 17 years with LCPD was successfully put to use on several levels to bring an end to a volatile encounter.”

SAR is the largest male linage organization in the United States, according to www.sar.org.  SAR consists of 50 societies with more than 500 local chapters and several international societies, with more than 38,000 members.