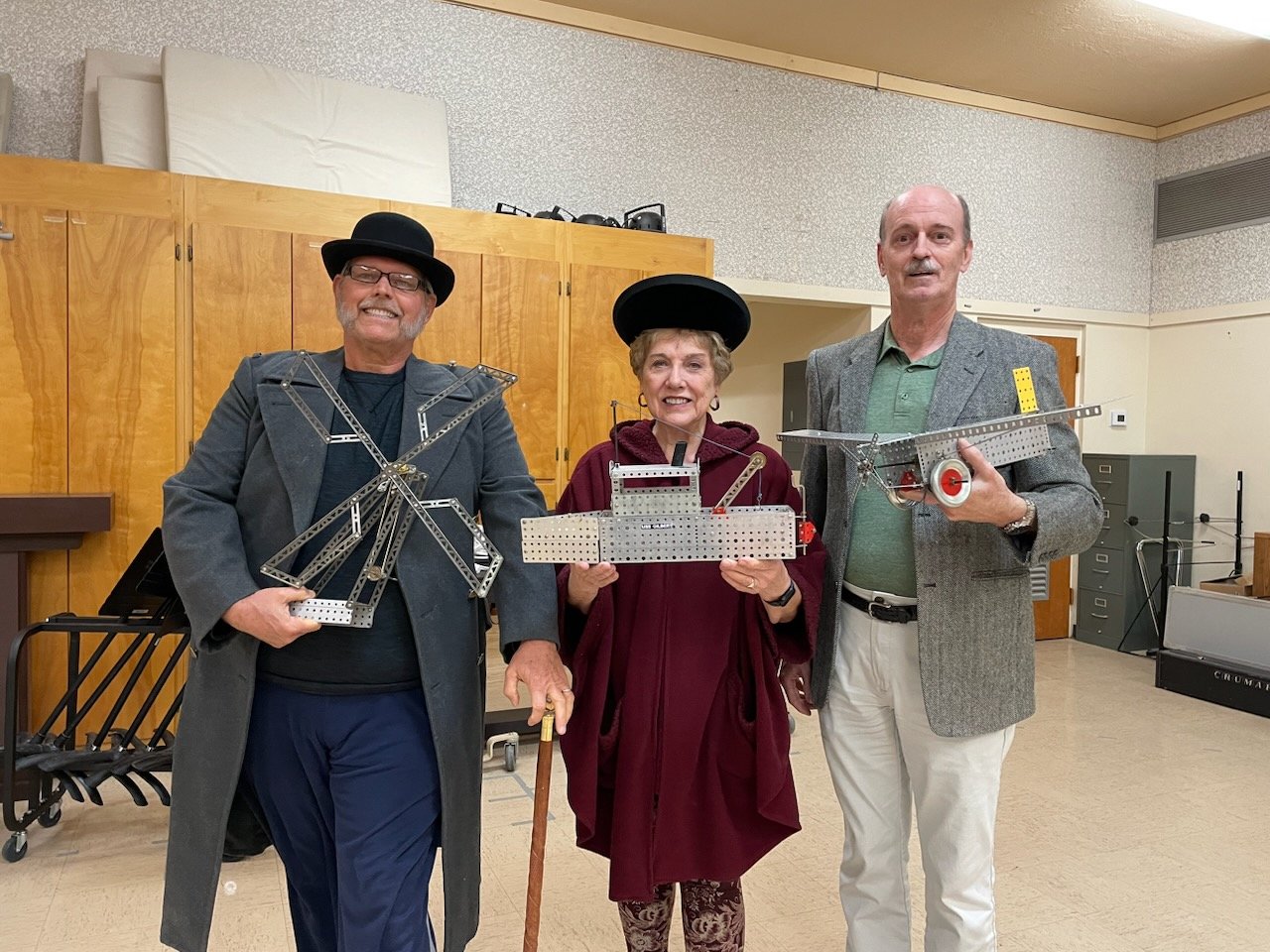 Tickets are $5. St. Paul’s is also requesting the donation of at least one canned good, which will be donated to Casa de Peregrinos emergency food program.

“We’re real excited,” said director Diane Schutz, who took over from Doug Weeks earlier this year as the new director of music ministries at St. Paul’s.

Schutz, who has been accompanist at St. Paul’s since she retired in 2006 after a long career as choir director at Las Cruces High School, has been in regular communication with the show’s creators, Keith Ferguson (book and lyrics and Bruce Greer (music), who may come to Las Cruces to see a performance of the show, she said.

Schutz has consulted with Ferguson and Greer on making small changes to the script, and she even joined the A.C. Gilbert Heritage Society to ensure the production stays true to the true story it is telling.

“Cancelling Christmas” takes place December 1916-December 1918 in New Haven, Connecticut and Washington, D.C., as inventor and toymaker A.C. Gilbert (1884-1961) struggles to keep his factories producing toys – including the Erector set that he invented – while also supplying the United States military with munitions during World War I.

“It’s a timeless story because a lot of people wanted to cancel Christmas,” Schutz said.

The Saint Paul's Chancel choir and children's choirs are also scripted in the musical.

One of the set pieces Robey built is a Ferris wheel, which Schutz said will be auctioned off after the production.

The show’s songs include “Everyone Should Fall in Love at Christmas,” “They Cannot Cancel Christmas” and “You Can Build Your Dreams,” along with traditional Christmas favorites like “I Heard the Bells on Christmas Day,” “Up on the Housetop” and “I Saw Three Ships.”