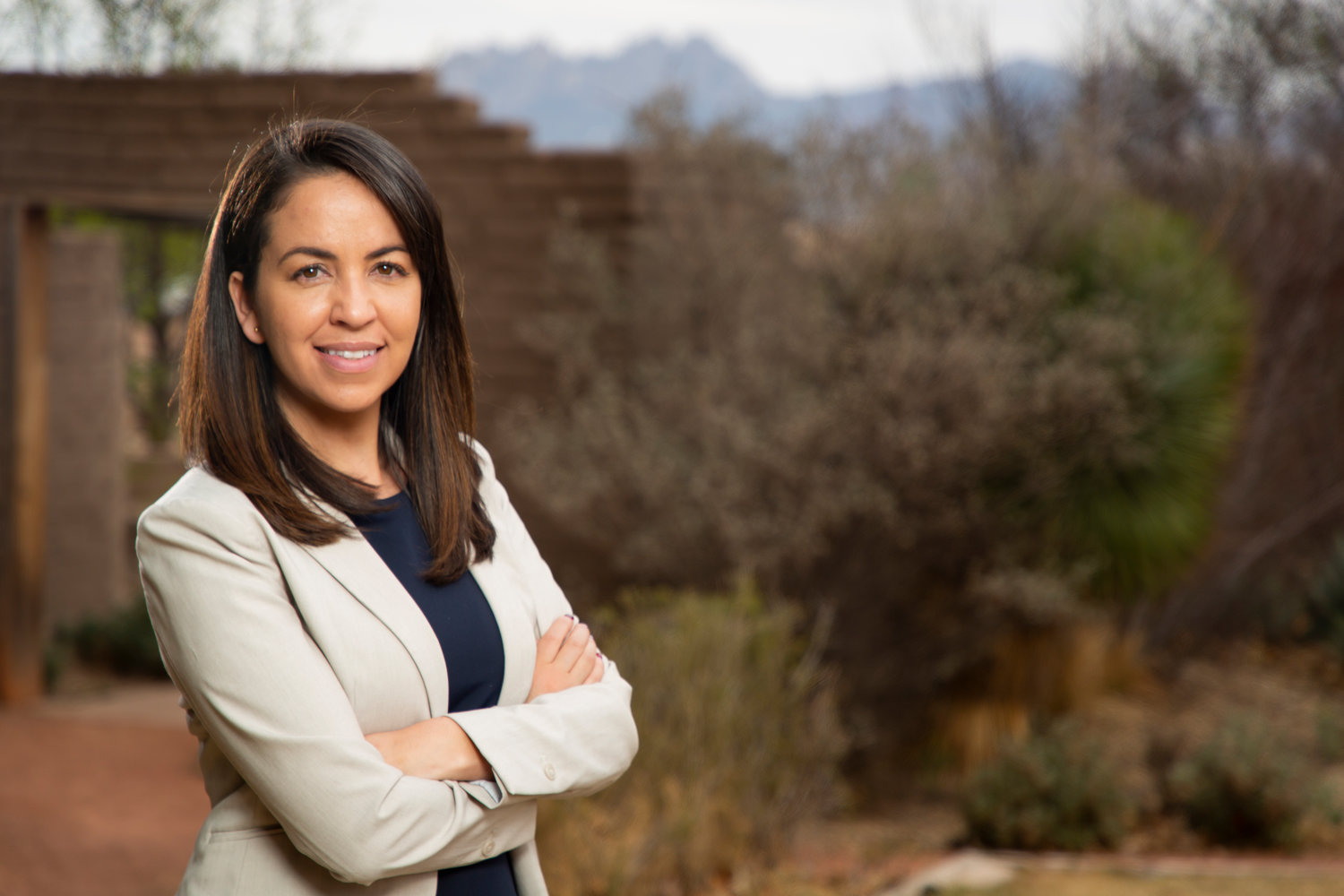 Tessa Abeyta Stuve intends to be a full-time Las Cruces city councilor. “I’m very honored and I take it very seriously,” she said in a Nov. 20 interview.

Stuve won the District 2 seat on the council in the Nov. 5 combined-ballot local election, defeating three opponents and collecting 43 percent in the first round of ranked-choice voting and ending with 55 percent of the vote after all three rounds.

Stuve, who turns 35 in mid-January, worked as a registered lobbyist during the 2019 session of the New Mexico Legislature and has served as a policy analyst for the American Heart Association, but her only job after being sworn in next Jan. 1, she said, will be as a council member.

Stuve said she got good advice from her predecessor in the District 2 council seat, Greg Smith, who told her to “be there as much as you can” as a councilor and active community member. Smith, who is completing his second four-year term on the council, gave up the seat to run for mayor.

Stuve said she learned a lot about District 2 and its residents while going door to door during the 2019 campaign, which was her first bid for elective office. People “need somebody to hear them out,” she said, to take their concerns seriously and to treat them with kindness and respect.

She was still knocking on doors in District 2 until 4 p.m. on election day, Stuve said. Her father traveled from Hawaii to be with her election night, telling her, “You were meant to do this.”

The new city council that will include Stuve and fellow Councilor-elect Johana Bencomo, likely will be tasked with hiring a new city manager in early 2020. Former City Manager Stuart Ed resigned last April. Then Assistant City Manager Bill Studer has been interim city manager since then.

Stuve said she wants a city manager who is a strong leader, has good administrative and interpersonal skills and can work well with council members and city staff and others. Stuve said It is important that the city manager be someone she can communicate with about the needs of her district, knowing he or she will “make sure things follow through for constituents.”

Stuve said she’s also wants a city manager who will focus on streamlining the city’s permitting process to make it easier for businesses to get up and running. “We need to do better,” she said. Helping the city’s Economic Development Department to attract new businesses to Las Cruces will be a high priority for her, Stuve said. She also wants to make sure the city’s soccer community is fairly treated in the allocation of city funds for athletic facilities, including general obligation bond spending. “This needs to be addressed,” Stuve said, adding that soccer is a popular sport in Las Cruces and an inexpensive one for local families to participate in.

Stuve said she intends to be an advocate for children, animal care and the outdoors on the council, among other issues.

“It’s about taking action,” Stuve said, and following core values that include treating people with dignity and being nonpartisan in her service.

“We may not always agree on everything,” Stuve said. “How we get there may be different. Let’s talk to each other.”

Stuve and husband, Todd, have 11-year-old twin sons (Stuve also is a twin) and a six-year-old daughter.

Stuve is a native of Grants and grew up in Los Alamos. The family moved to Santa Fe after their Los Alamos home was destroyed in a fire. She moved to Las Cruces 17 years ago to attend New Mexico State University, where she obtained a Bachelor of Arts degree in government in 2009.