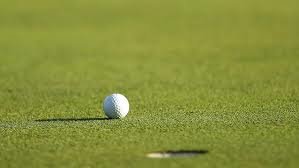 One of the most amazing and compelling stories in all of professional golf is that of Laura Baugh. She was born in 1955 in Florida. Her father, Hale Baugh, competed in the 1948 Summer Olympics (London) in the modern pentathlon. An excellent golfer, he introduced Laura to golf at an early age and she took quickly to it. She won the National PeeWee Golf Championships five times. Her parents divorced when she was 11 and she and her mother moved to Long Beach, California. At 14, she won her first of two straight Los Angeles City Golf Championships. She capped her early career by winning the 1971 U.S. Women’s Amateur Championship at age 16, being the youngest champion in the event’s 76-year history.

Laura was a blonde, strikingly beautiful girl, and her beauty brought her considerable publicity. She was chosen Los Angeles Times “Woman of the Year” in 1971, and in 1972 she was named Golf Digest’s “Most Beautiful Golfer.” In 1973 she turned professional, earning her LPGA Tour card on her first try, then signing with International Management Group as her agent. The very next week she placed second in her tour debut and earned 1973 “Rookie of the Year” honors. With IMG’s help the lucrative endorsement contracts came quickly, including Ford, Rolex, UltraBrite toothpaste and Wilson Golf. Tim Rosaforte wrote this 26 years ago for Sports Illustrated: “There was always a Norma Jean Baker quality about Laura Baugh, the blonde starlet who was supposed to take women’s golf to Madison Avenue. IMG and the LPGA took every opportunity to promote her pulchritude over her putting.”

It’s funny the way things turn out in golf and in life. The expectation in 1973 was that Baugh would win 30, maybe 40 tournaments, setting new galactic heights for women’s pro earnings. It turned out that she did not win a single tournament. In her 25 years on the LPGA Tour, she had 10 runner-up finishes (some painful) and 71 top 10 finishes, but no wins. Baugh’s complicated personal life had a lot to do with that.

Winless in her first 12 years on tour, Baugh saw her big chance at the Uniden Invitational in 1986, but a leaderboard error led her to take a big risk on the final hole and she lost by one shot. Nerves and a tremor in her hands started to take its toll. She stayed at the bar after golf, downing two large glasses of wine. Her hands stopped shaking. Months later there was a rain delay in the afternoon, and certain her golf was over for the day, she drank five glasses of wine during the wait. But play resumed and she proceeded to make five quick birdies. She was hooked. For the next ten years, Baugh’s alcoholism and denials continued to worsen. In 1996 it almost killed her, when she came within a moment of totally bleeding out at Sand Lake Hospital in Orlando. She was given Last Rites. Miraculously, she survived and entered Betty Ford Clinic in Palm Springs. She has been sober now for 26 years. In 1999, she wrote about her golfing career and battles with alcoholism in her book “Out of the Rough,” with forward by Arnold Palmer.

Baugh had been married and divorced four times. Her first lasted only a month; she had been beaten and abused. She then married South African and former PGA Tour player Bobby Cole. Her seven children are from that marriage. Her oldest son, Eric, plays on the Korn Ferry Tour. Laura Baugh is sober, in excellent health and teaches golfers at her golf school in St. Augustine, Florida.