The origin of oft-dreaded golf bunkers 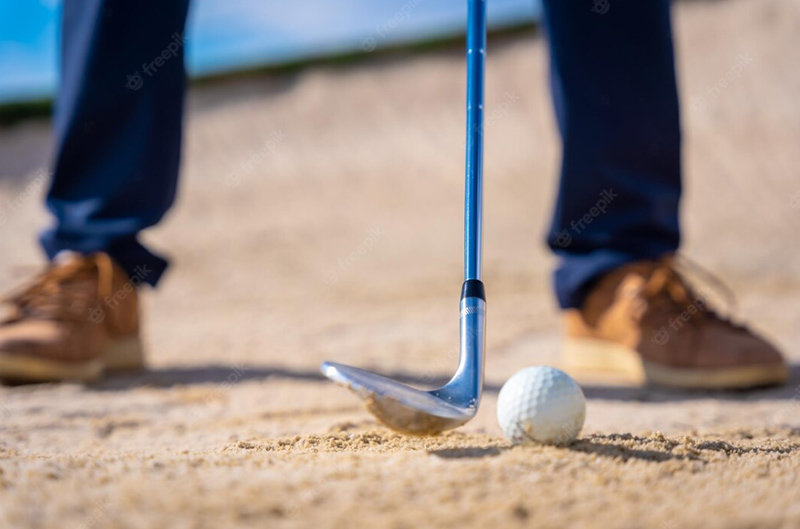 Ever wonder about how sand bunkers came to be a standard part of golf courses, and why they are there in the first place?
Courtesy photo
Posted Thursday, October 20, 2022 12:16 pm
By Charlie Blanchard

Ever wonder about how sand bunkers came to be a standard part of golf courses, and why they are there in the first place?

It all started over 200 years ago on the linksland of coastal Scotland – the ocean-side ground that “linked” the land to the sea – where golf as we know it began. Prior to the early 1800s, the most common use for this land was grazing sheep.

When the fierce storms blew in from the North Sea (a frequent pattern for a thousand years) the sheep would huddle together and burrow themselves into the ground for shelter and warmth. With the linksland so close to the sea the ground was quite sandy and pliable, and the herds of sheep bunkered for protection, while scraping away vegetation.

As grazing farms gradually gave way to golf courses, partly a playing ground for shepherds, these large sand cavernous areas were often a hindrance to completing the golf hole successfully, as sometimes is the case still today. As the game of golf developed, the sand bunkers gradually were incorporated into course designs, adding another level of difficulty. As the modern era of golf began, on both sides of the “pond,” course designers considered bunkering an integral aspect of the layout, and created unique and aesthetic ways to form and position them.

Some different types of bunkers are “pothole” bunkers (small and deep), “waste” bunkers (large, flat expanse of sand, some distance from the green), grass bunkers (greenside depressions but no sand) and fairway bunkers.

The term “sand trap” began in 1922 as a colloquial expression, evoking golfers’ ire, but appears nowhere in the Rules of Golf.  Sand bunkers were first addressed by the Royal and Ancient Rules of Golf in Scotland in 1812.

There are fearsome sand bunkers on famous courses that have buried famous golfers’ rounds over the years.

Finding the deep and aptly named “Hell” bunker on the par-5 14th hole at St. Andrews, Jack Nicklaus took four shots to get his ball out of that sand cave in the 1995 Open Championship, sinking his chance of victory. Whistling Straits in Wisconsin has a whopping 967 “sand traps” (some are waste areas) throughout its 18 holes. Hole 18 has 96 of them, and Dustin Johnson found one off the tee during the 2010 U.S. Open. Not realizing it was a true bunker and not a waste bunker, he grounded his club in the sand resulting in a penalty stroke, thereby eliminating him from a playoff.

Then there are some strangely oversized sand bunkers at well-known courses, such as the one at Royal St. George’s in Sandwich, England, positioned 230 yards from the tee, which measures 40 feet high (higher than a four-story building) and 25 feet wide. One other standout bunker formation is on hole 7 at the ultra-private Pine Valley Golf Club in New Jersey, for decades ranked by golf magazines as the No. 1 golf course in the U.S. I played Pine Valley in 1974 when I was a corporate suit, working as a sales manager for a Fortune top-50 manufacturing company. The 7th hole is a 540-yard par-5, with the start of the sand at 240 off the tee, known to locals as “hell’s half acre,” and requiring a shot of over 150 yards to reach the fairway on the far side of the waste bunker. I made bogey.

The 17th hole at St. Andrews is affectionately known as the “Road Hole.” Along the right is a narrow road, and left of the green is a daunting, steep riveted cavern, known as the “road hole bunker.” In the 1978 Open Championship, Japan’s Tommy Nakajima was tied for the lead in the third round when he landed his second shot on the green on hole 17. He proceeded to putt it off the green into the road hole bunker. It took him four shots to get back on the green, and he made a 9 on the hole, finishing tied for 17th. The bunker often has been referred to since as the “Sands of Nakajima.”