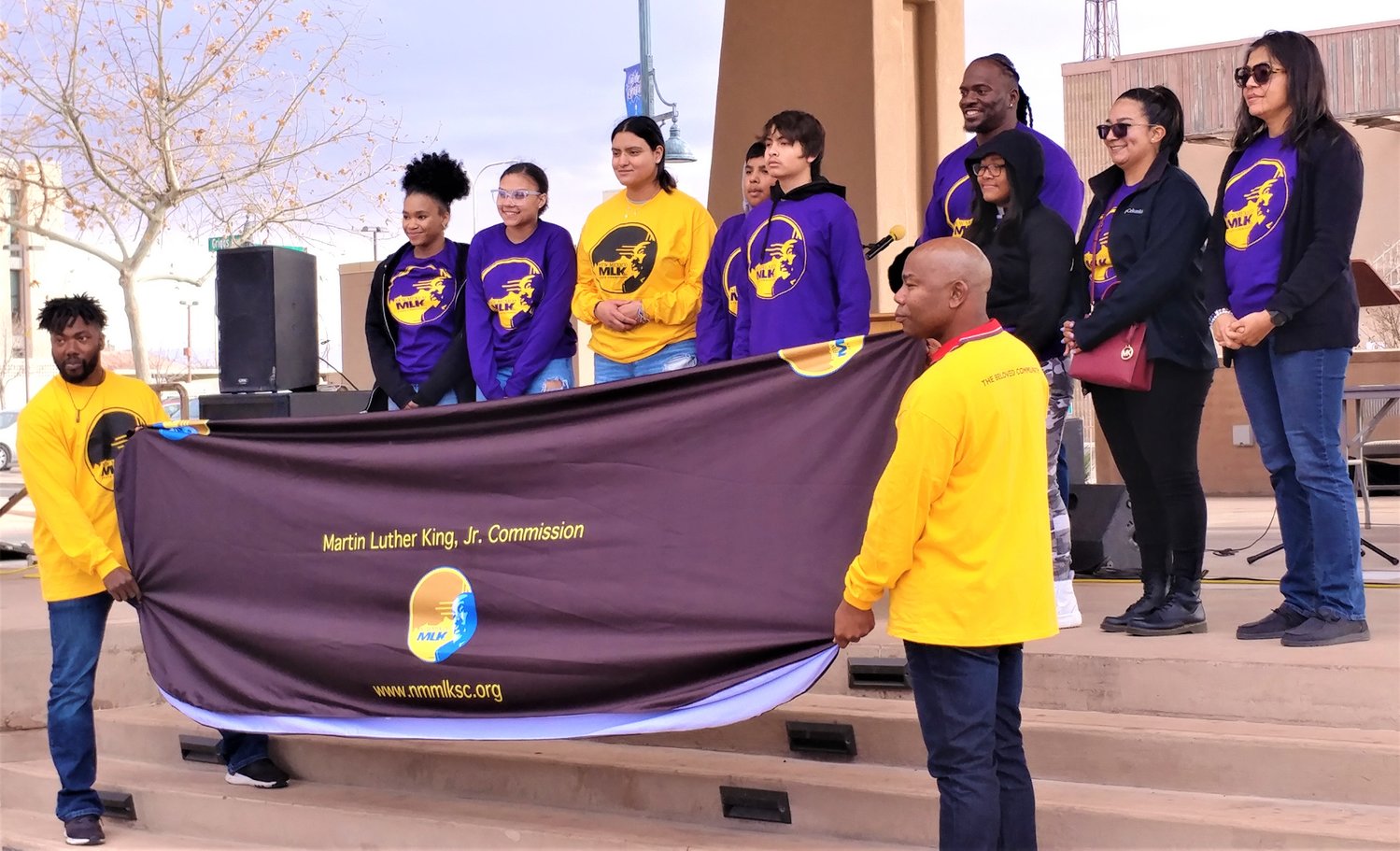 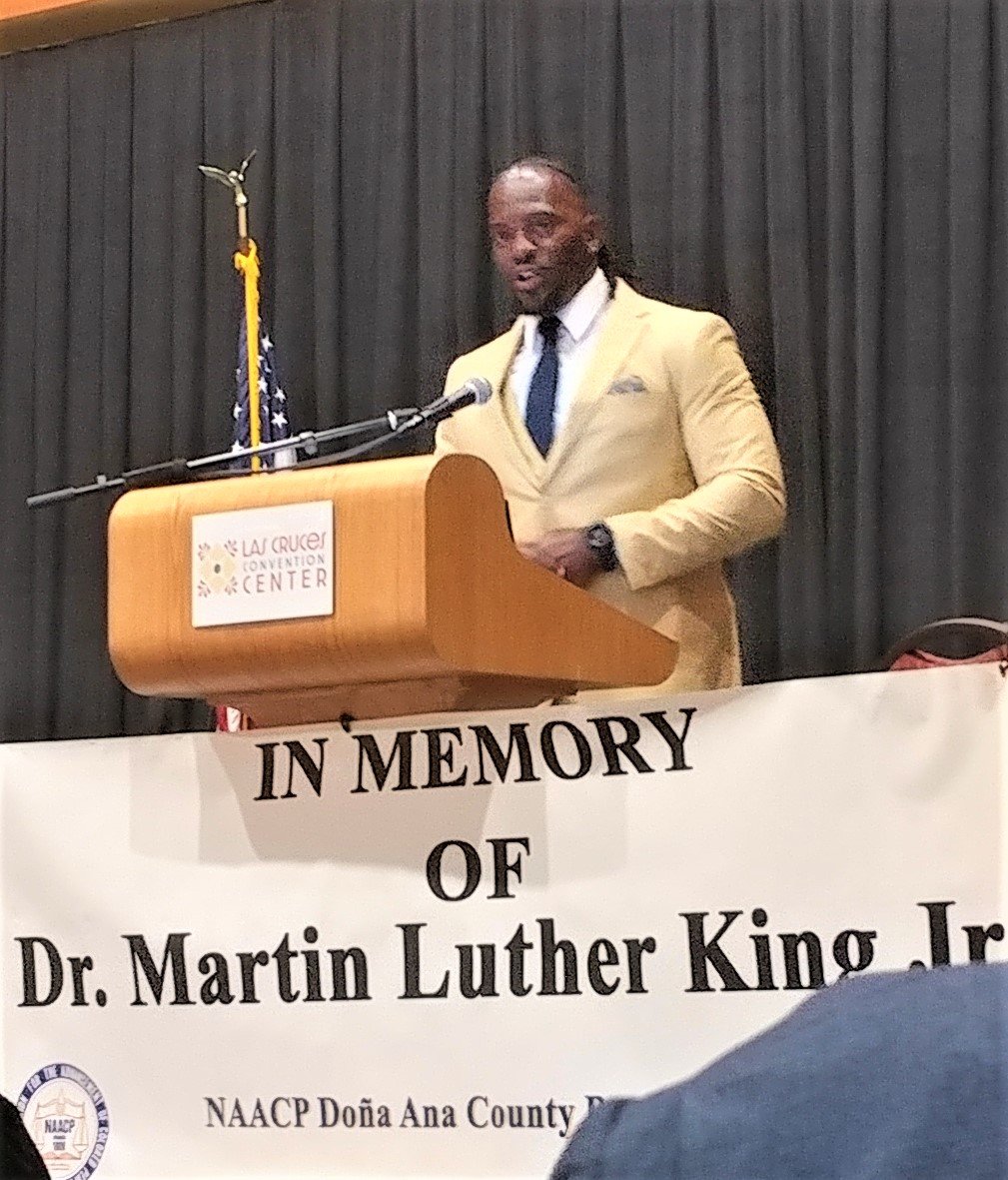 “Today is the day,” Cotton said, with the audience echoing his words. “I can and I will be the difference. This is the power.”

For Cotton, the person “who believed in me” was his Irvington (New Jersey) High School track coach, Martin Hawkins.

“This man told me I could be a champion,” Cotton said. “I laughed at him.”

But Hawkins got Cotton into track, he said, where, by his senior year, he had become ranked in the top 15 nationally.

Cotton came to NMSU on a football scholarship and was an Aggie linebacker, 2006-10. He joined the sheriff’s department in 2010 and is today third vice president of the DAC NAACP and youth president of the New Mexico Martin Luther King Jr. State Commission Ambassador Program.

Citing issues that were important to King, Cotton said “Change is needed,” as are love, compassion and understanding; “justice for all, not some”; and equality – “We’re still fighting that battle,” he said.

“Silence is a big issue,” Cotton said. “We’re too quiet. We fail to speak up. This community doesn’t get better with you being quiet.”

Cotton closed with this quote from King: “If you can’t fly then run, if you can’t run then walk, if you can’t walk then crawl, but whatever you do you have to keep moving forward.”