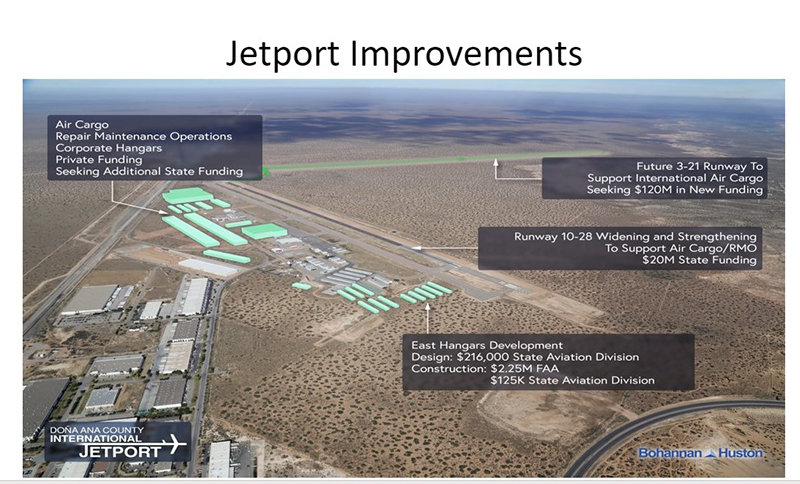 Spec facilities such as this Franklin Mountain Industrial Building help keep Santa Teresa “ahead of development,” according to Border Industrial Association president Jerry Pacheco, who added “We’ve never been this full. If you don’t have space, companies won’t come.”
COURTESY PHOTO 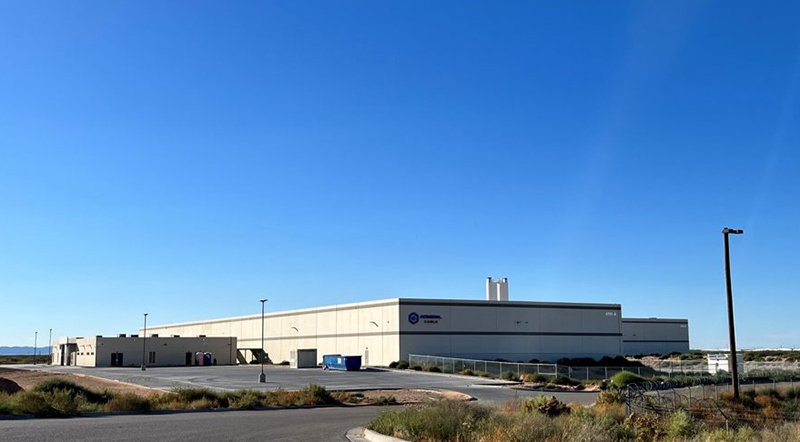 “The biggest asset New Mexico has is its border with Mexico,” Jerry Pacheco said about the ongoing economic boom in Santa Teresa he has led for more than 30 years.

Located 40 miles southeast of Las Cruces in southern Doña Ana County, Santa Teresa has pushed the state to the top spot in the growth of exports to the world and to Mexico.

“We’ve never been this full,” said Pacheco, who is president of the Border Industrial Association, executive director of the New Mexico International Business Accelerator and senior business recruiter for New Mexico Partnership. “It’s critical to us being able to be in the lease game. If you don’t have space, companies won’t come.” And, “there’s a lot coming,” he said.

Santa Teresa provides nearly 5,000 jobs in New Mexico – nearly 6,000 when Texas is included – and generated $1 billion in total output in New Mexico in 2020, along with $228 million in labor income and $75 million in state, local and federal taxes.

“The vision of what we’re doing on the border hasn’t changed in the 31 years I’ve been doing this,” Pacheco said.

When Pacheco made his first trip to Santa Teresa, located about 40 miles southeast of Las Cruces and 13 miles northwest of El Paso, in 1991, “up on the hill, you could see all four buildings there and the airport,” he said. There was no international port of entry in those days – only a washboard road and a barbed-wire fence. “That was the border.”

Today, there are four industrial parks in Santa Teresa, which has become one of the busiest ports of entry along the nearly 2,000-mile U.S.-Mexico border that stretches from the southwest corner of California to the southern-most tip of Texas. Northbound commercial crossings at the Santa Teresa port of entry have grown from fewer than 3,000 in 1994 to 153,500 in 2021.

With more than 6,500 residents, the unincorporated community of Santa Teresa has about .003 percent of New Mexico’s population but generates more than half the state’s nearly $5.4 billion in international exports, Pacheco said.

“It takes a lot of time to put the pieces together,” Pacheco said. “When you finally get them together you have a really good formula and that’s what’s happened here.”

Pacheco said Santa Teresa has strong support from members of the New Mexico Legislature, including state Rep. Ray Lara and state Sens. Joseph Cervantes and Carrie Hamblen, all D-Doña Ana, who currently represent Santa Teresa in the legislature or will do so as a result of 2021 redistricting. Other state senators and representatives whose districts don’t include Santa Teresa are also very supportive, he said, along with New Mexico’s federal congressional delegation and Doña Ana County.

“They understand that what we do in Santa Teresa benefits their communities,” Pacheco said.

Santa Teresa has “a lot of supporters and champions from around the state,” he said. “It goes to the bottom line of the state economy.”

The state legislature appropriated more than $70 million in capital outlay for projects in Santa Teresa during its December 2021 special session and 2022 regular session, Pacheco said. Those funds include $20 million for the county jetport in Santa Teresa.

During the 2023 legislative session, Pacheco said Santa Teresa will seek additional funding “to keep infrastructure ahead of development” and for the Camino Real Regional Utility Authority, which manages the water and wastewater system for Santa Teresa and the City of Sunland Park.

Santa Teresa is also “working very hard on a social media campaign to Asia,” Pacheco said. Central Asia is a “primary market in the U.S.,” he said.

The nonprofit Border Industrial Association (BIA) is the largest industrial association in the state. The New Mexico International Business Accelerator helps businesses and individuals introduce their products and services into the global market, and, like BIA, is headquartered in Santa Teresa. The New Mexico Partnership, based in Albuquerque, is an organization designated by the state to serve as the single-point-of-contact to help businesses locate to New Mexico.