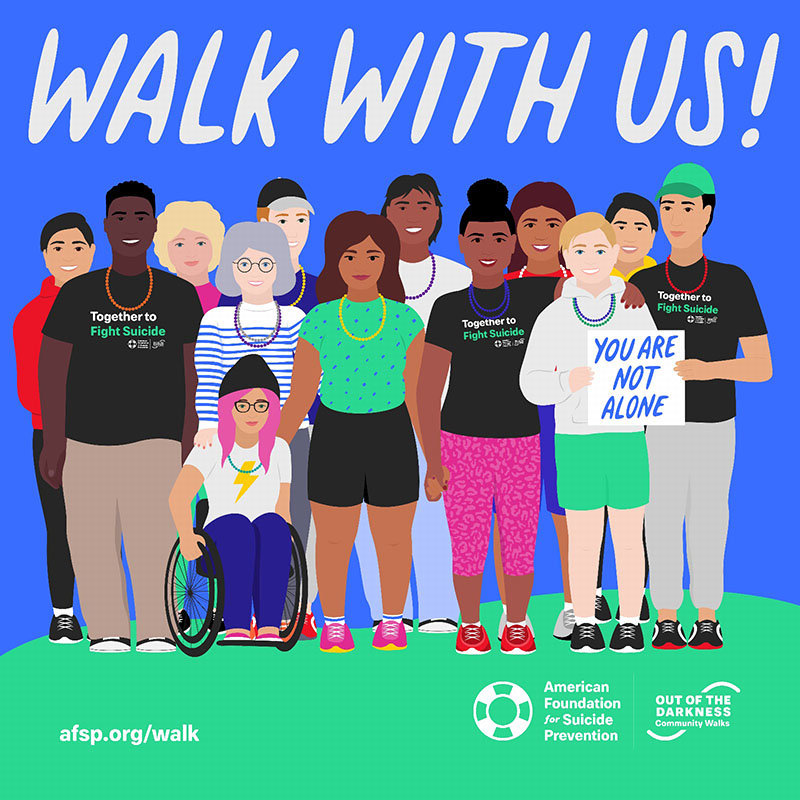 Suicide is the 10th leading cause of death in the United States, yet suicide can be prevented.  New Mexico has the second highest number of suicides and suicide is the second leading cause of death for individual ages 10-34. Volunteers from Las Cruces are joining the quarter of a million people who are walking in towns across the United States to draw attention to the fight for suicide prevention. The 5th annual Las Cruces Out of the Darkness, hosted by the American Foundation for Suicide Prevention New Mexico Chapter will be held at 8:00 A.M., September 10, 2022 at Young Park. This walk supports the American Foundation for Suicide Prevention’s education and support programs and its bold goal to reduce the annual U.S. rate of suicide 20 percent by the year 2025.

“Suicide touches one in five American families. We hope that by walking we will draw attention to this issue and keep other families from experiencing a suicide loss. Our ultimate goal is to save lives and bring hope to those affected by suicide,” said Robyn Rehbein, Las Cruces Out of the Darkness Walk Chair.

“These walks are about turning hope into action,” said AFSP CEO Robert Gebbia. “The research has shown us how to fight suicide, and if we keep up the fight, the science is only going to get better and our culture will get smarter about mental health. With the efforts of our courageous volunteers, and a real investment from our nation’s leaders, we hope to significantly reduce the suicide rate in the United States.”

The American Foundation for Suicide Prevention is dedicated to saving lives and bringing hope to those affected by suicide. AFSP creates a culture that’s smart about mental health through education and community programs, develops suicide prevention through research and advocacy, and provides support for those affected by suicide. Led by CEO Robert Gebbia and headquartered in New York, and with a public policy office in Washington, D.C., AFSP has local chapters in all 50 states with programs and events nationwide. Learn more about AFSP in its latest Annual Report, and join the conversation on suicide prevention by following AFSP on Facebook, Twitter, Instagram, and YouTube.