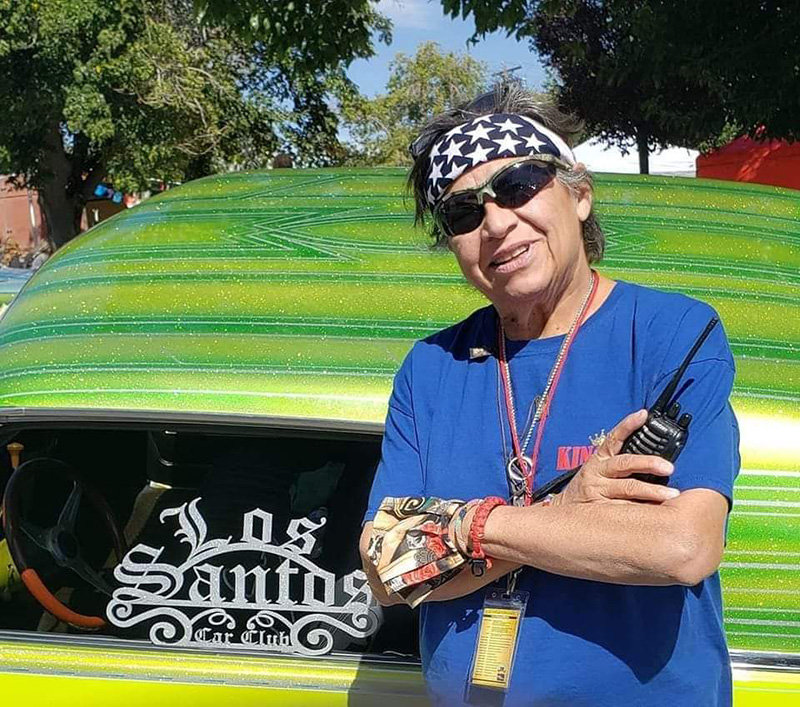 Anna L. Juarez is seen here in October 2021 after she had dedicated herself to a regimen of regular walking.
Courtesy photo from Anthony C. Porter 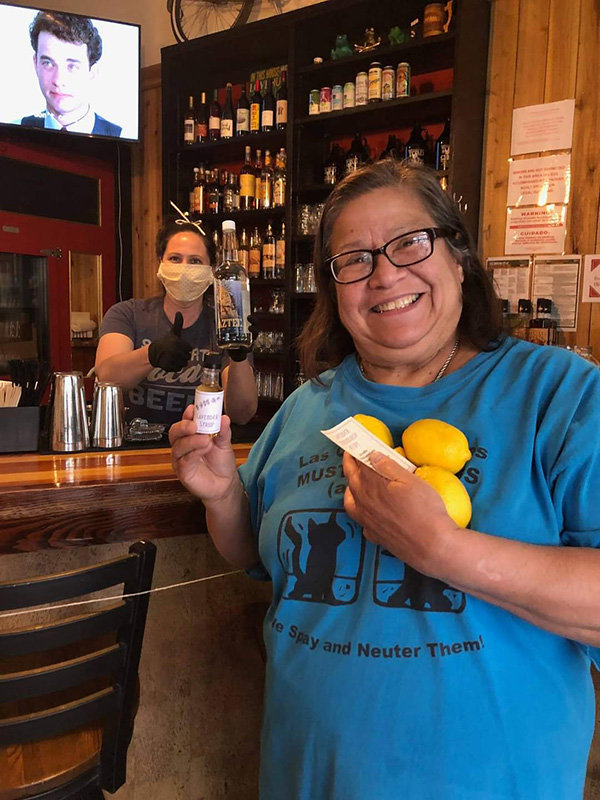 Here is a before look at Anna L. Juarez, taken in April 2020. Anna has dropped nearly 70 pounds since then.
Courtesy photo from Guadalupe Berman 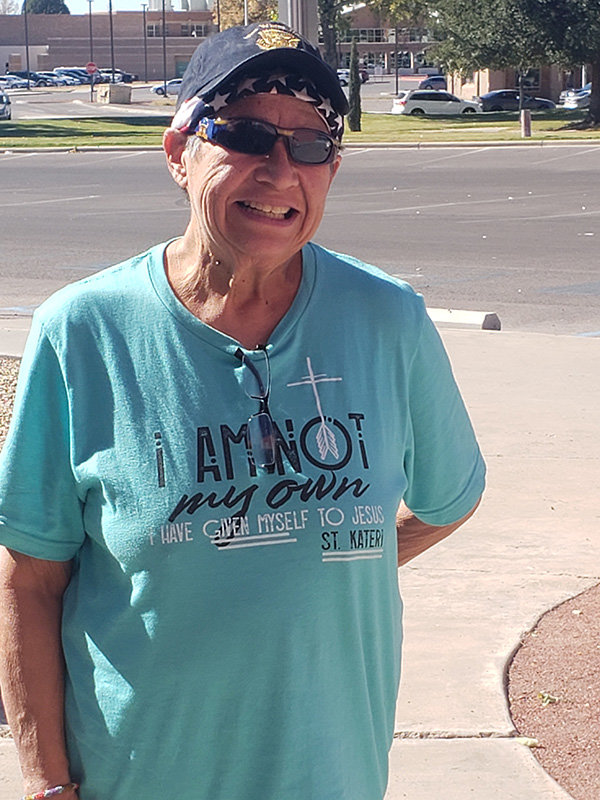 Anna L. Juarez credits her regular regimen of walking and other exercise with helping her control some health issues.
Courtesy photos from Nancy Princo
Previous Next
Posted Wednesday, November 24, 2021 1:51 am
By Anna L. Juarez Guest Column

You might have seen her walking along Triviz, first using a walker and now strutting along to loud music, or doing a “chair dance” in the driver’s seat of her beat-up Ford Escape but there’s a method to her madness. Anna Juarez, a self-described weight loss warrior, has lost 68 pounds since she started her “Guadalupe Girl Health Kick” in January of this year and she’s not stopping yet.

“I am an insulin dependent diabetic,” says Anna. “It’s really, really hard to lose weight when you are on multiple medications and suffer from physical limitations.” However, Anna is quick to add, “Just because it’s difficult doesn’t mean that you can’t do it. It’s all about how hard you’re willing to work at it.”

Anna was a local attorney until a head-on crash with a drunk driver, a man who was going the wrong way on Lohman and didn’t even hit the brakes as he headed straight for her. The crash ended her legal career and dramatically changed her life forever. She likes to say, “I may no longer be a legal eagle but I’m not stupid. I don’t want to commit suicide by diabetes. I have decided that I need to take control over my life and regain whatever health that I can.”

Anna laughs that a friend dubbed her “La Loba” because the book “Women That Run With Wolves” mentions a “La Loba” that can be seen walking along the road to El Paso. Anna started walking the Triviz pathway in May 2020 using her walker to steady her and her in dominatable spirit caused her friend to tell Anna “You are La Loba!”

Anna happily accepted the compliment and laughs that her full title is “La Loba Loca de Las Cruces.” She says that, to some, she may appear crazy sometimes. Sometimes she walks Triviz singing along to music, stopping now and then to do a little dance, while other times she might have a rosary in her hand and is praying.

“I have seen people laughing because they see me in the driver’s seat of my Ford doing a ‘chair dance’ but part of my weight loss is from doing anything and everything in my power to burn calories and keep my metabolism humming. I look like I am just doing a chair dance but I am using my core muscles in the abdominal area and using muscles in my arms.”

“By using the special Tanita scale at the wellness center, I can see if I am losing fat or muscle or bone as I diet. I am thrilled to say that I am losing mostly fat and retaining as much muscle as possible. I am constantly trying new things and, at this point, my goal is to regain some of that muscle that I have lost these last few months.”

One of Anna’s doctors has suggested that she write a book to share what she has learned, and continues to learn, through trial and error. She has decided to follow his advice and is in the process of writing a booklet called “Diabetes Dragon Slayer 101.”

“The Diabetes Dragon is a sly one,” she smiles, “but this poor, old Diabetic Dog plans to slay him.”  She adds, “I am descended from Dog Soldiers in the fullest sense of the word. This is a fight that I am definitely aiming to win!”

Anna L. Juarez has used a regular regimen of walking to help her lose weight and deal with some health issues. You can reach Anna at her email Catholic_DOG@outlook.com.