What makes autumn in the Mesilla Valley? 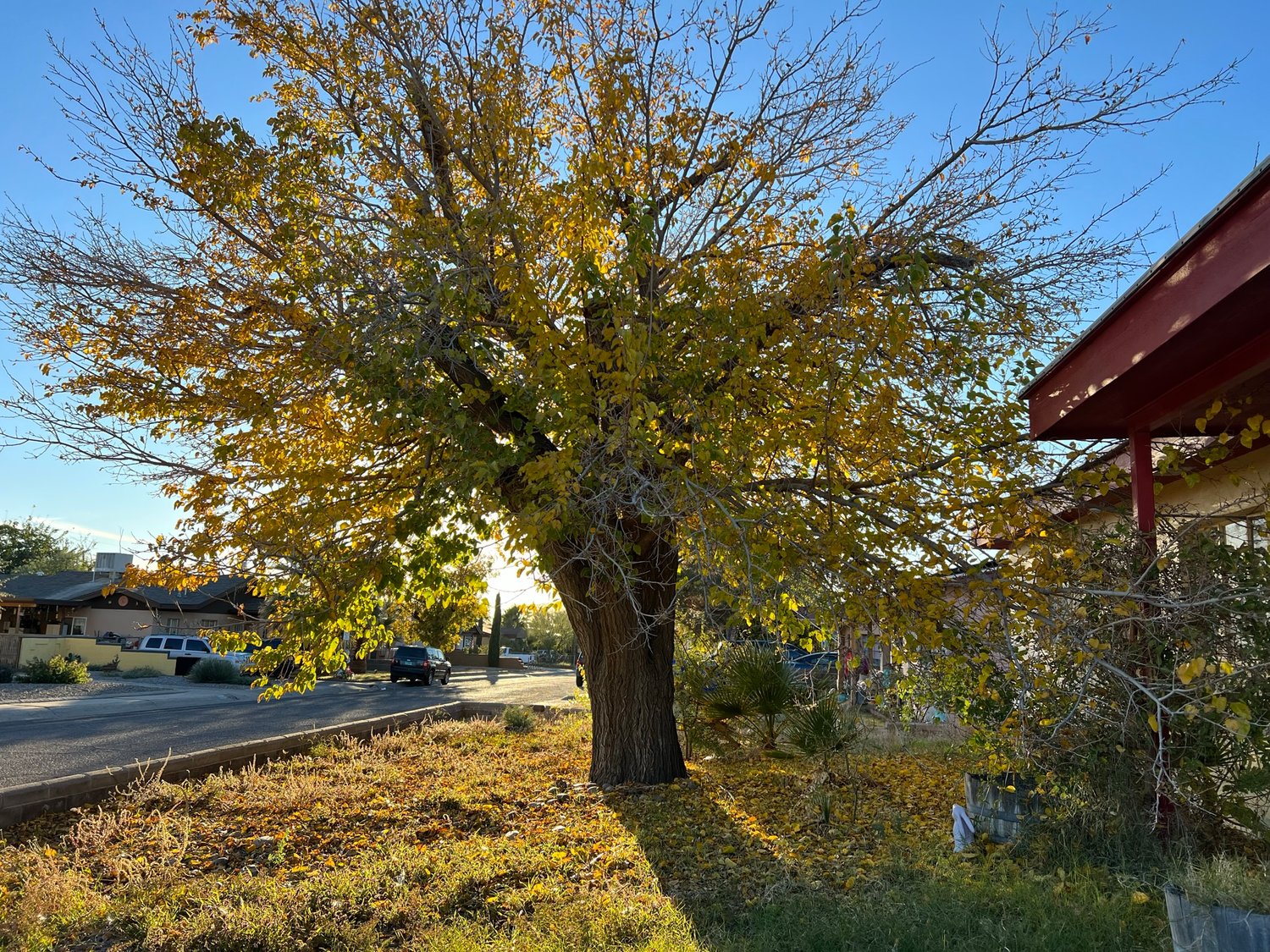 It’s a variety of things, but most of us would agree the roasting of green chile is the first indicator of autumn in the Mesilla Valley. Usually, it’s still very hot during chile season, but we know we’re finally  a few weeks away from a break in the weather.

There’s an interesting article in this week’s Bulletin about green chile roasting, more specifically, the tempting aroma that comes from the roasters leading into autumn. State Senator Bill Soules wants to propose next year in the state legislature the idea of making that scent the official state aroma of New Mexico.

I know a lot of people are going to say some variation of this: “We’ve got so many serious issues in New Mexico, why would we spend time on this.” One response would be, every single state in the union has a state flower, a state bird, a state tree, and this is something that really won’t take much time during the session. New Mexico has its own state question (Red or green?), which is pretty unusual, and this might make us the first state with its own aroma. We’ve been preaching the gospel of our great green chile for years, and it’s an important part of our economy. This could further that effort.

Besides, it might give our state legislators some practice on agreeing about something, which seems to be harder and harder each year.

Another thing associated with fall in Las Cruces is high school football, and teams surging toward a championship. We haven’t had one of those in a while, and the teams most associated with titles – Las Cruces High School and Mayfield High School – are out, although the MHS Trojans made it to the 5A semifinals.

This year, the team still alive is Centennial High School, which has only been open for a decade. They will host La Cueva at the Field of Dreams Saturday, Nov. 19, with a 1 p.m. kickoff in the Class 6A semifinals. It should be an interesting matchup, as both teams have only suffered one loss this season. Centennial’s only loss came to this very La Cueva team in Albuquerque very early in the season.

High temperatures Saturday should be in the low 50s, perfect fall football weather.

Speaking of football, our New Mexico State University Aggies are 4-5 at this point in Coach Jerry Kill’s first season. While there are no more Aggie home games, you can watch them on national television in the comfort of your own home. NMSU won’t be favored when they play Missouri, of the Southeastern Conference, but they play the games for a reason, and this one starts at 5:30 p.m. Las Cruces time on ESPNU.

In other parts of the country, residents take pride in the beautiful colors of their autumn leaves as the trees change from green to brown, gold, red, yellow and purple.

Southern New Mexico is not necessarily known for that, but this autumn it sure seems – at least to my aging eyes – the trees in the Mesilla Valley have exploded with a brilliant variety of colors.

I’m no botanist, but here’s a small part of what the U.S. Forest Service says about why the colors vary from year to year: “How does weather affect autumn color? The amount and brilliance of the colors that develop in any particular autumn season are related to weather conditions that occur before and during the time the chlorophyll in the leaves is dwindling. Temperature and moisture are the main influences.”

Thanksgiving traditionally feels like the transition point between autumn and winter.

Technically, it won’t be winter until Dec. 21. But when you’re bombarded with Santa Claus and Christmas music and holiday shopping, it doesn’t feel like autumn anymore.

So, however you do it, enjoy these last few days of autumn in whatever Mesilla Valley way suits you best.