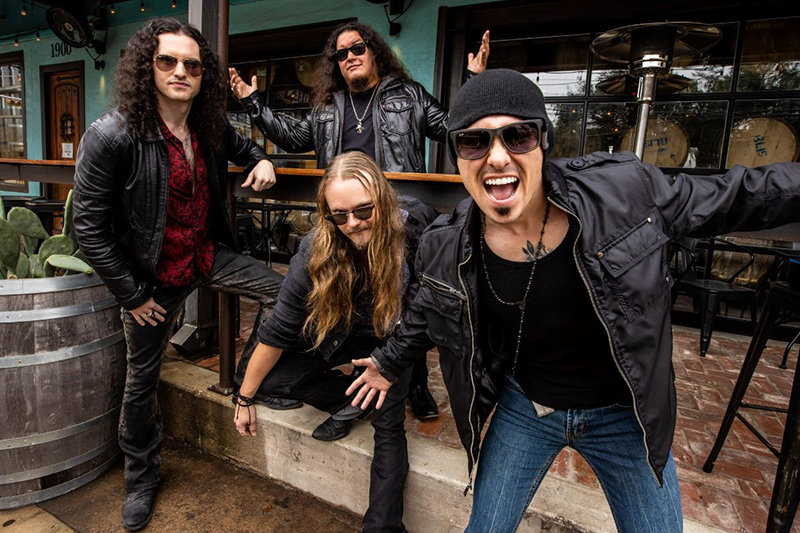 The City of Las Cruces Parks & Recreation Department is hosting a Father’s Day Concert at 7 p.m. Sunday, June 19, 2022, at Young Park, 1905 E. Nevada Ave.The concert is a free family event and will be part of the Music in the Park Series.Headlining the Father’s Day Concert is Black Heart Saints, an award-winning, Billboard Top 20 Rock Band from Austin, Texas. Las Cruces band Oldies but Goodies will open the show.With a distinct groove steeped in classic rock and a modern intensity, Black Heart Saints exploded onto the scene with a bravado that is clearly backed by talent. In recent years, the studio singles “Reach the End,” “Lines,” and “Misery” topped the Billboard Mainstream Rock Radio Charts, paving the way for appearances at the SXSW Festival, Sturgis Motorcycle Rally, and serving as the support act for such national artists as Slash, featuring Myles Kennedy & The Conspirators, Sevendust, Steel Panther, Pop Evil, Buckcherry, Dirty Honey, and more.Setting the stage for early success in the band’s career, was an April 12, 2018 formal proclamation by the Austin City Council and Austin Mayor Steve Adler officially declaring the day as “Black Heart Saints Day.” The following year, the band was awarded the Number 1 Best Rock/Metal Act at the prestigious Austin Music Awards, being recognized alongside other local luminaries such as Willie Nelson and Black Pumas.Join us in celebrating all the great fathers in our community with live music featuring oldies and some hard hitting Texas Rock n' Roll! Bring your dad, bring the family, and bring your chairs.This free community concert continues the City’s vibrant live music season. The popular Music in the Park Series features performances by local, regional, and national acts each Sunday through August 28. For information, call the Parks & Recreation Department at 575/541-2550.