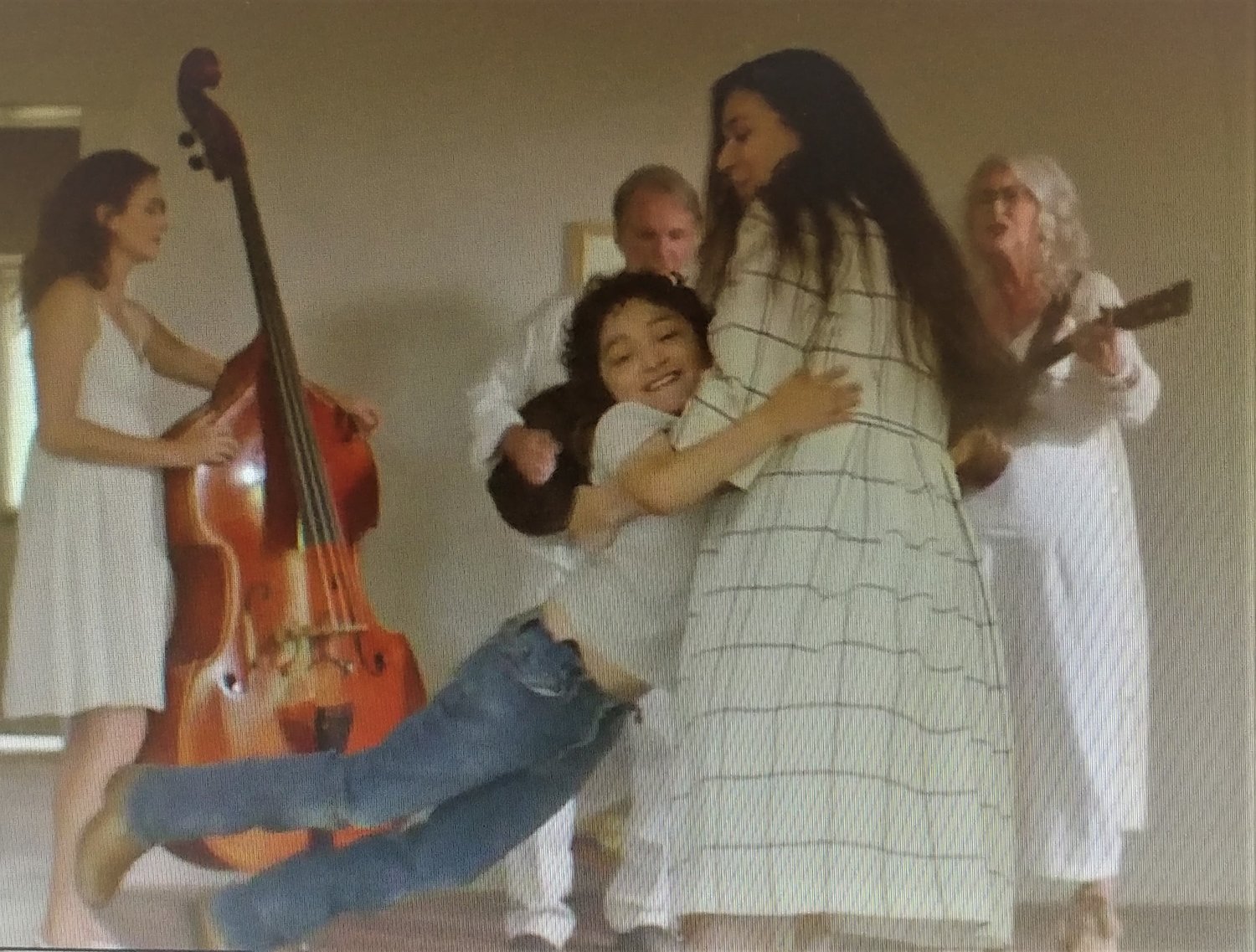 “She’d dance like Ginger Rogers and I’d be Fred Astaire.

I’d step up on her shoes and she’d spin me in the air.

That winter we were colder than we’d ever been before.

The cupboard it was empty, the wolf was at the door.”

From Hard Road Trio’s “Mama Spin Me ‘Round”

The popular Las Cruces band Hard Road Trio has teamed up with local filmmaker Orlando Martos to create a six-minute video featuring the group’s single “Mama, Spin Me ‘Round,” local actors and a local film crew.

The video, like the song, is a haunting, heart-wrenchingly beautiful look at the unbreakable bond between a mother and her child and the struggle and sacrifice that are so much a part of life.

The video is set in the 1950s and shows “the lengths that a mom will go to for her son,” Sanders said. It was filmed in Las Cruces and Mesilla at locations including El Patio, an old Mesilla home and St. Andrew's Episcopal Church.

“It’s such a wonderful homegrown product,” Sanders said. “We used a full crew and wonderful actors for the mom (Noa Maes) and son (Michael Portillo Jr.). The Trio appears as pale commentators as the relationship between mother and son breaks our hearts,” she said.

Martos directed, edited and wrote the script for the video, collaborating with director of photography Mitch Fowler, a tenured CMI faculty member.

“It was important to me that we keep everything in New Mexico and that (the video) was filmed entirely in Las Cruces,” Martos said. “We even had the catering provided by Miguel’s [Restaurant].”

“I drew from past personal experiences with loss to develop the story and characters” for the video, he said. “We wanted to tell a very human tale, one of struggle, loss and redemption.”

The song “Mama, Spin Me ‘Round” was written by Sanders and is from the trio's self-titled album released last March and available at www.cdbaby.com.

Hard Road Trio is comprised of Sanders, Steve Smith and Anne Luna. Sanders and Smith, both of Las Cruces, began their collaboration 15 years ago. Luna, who lives in Fort Sumner, joined the group in 2010. The Trio, which writes and plays “original southwestern acoustic music at the crossroads of Roots and Bluegrass,” has toured nationally, plays regularly around Las Cruces and hosts camps and workshops (www.dnamusiccamp.com).

Martos is a native of Las Cruces and an NMSU graduate. He’s been a professional filmmaker for 10 years.

He and Hard Road previously collaborated on a video for “Whiskey in a Glass,” a single from their “Smoke and Redemption” album. That video was an official selection for the Las Cruces International Film Festival.