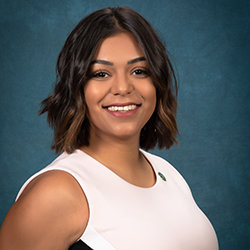 City Councilor Johana Bencomo said Las Cruces stepped up to provide care and support for more than 17,000 asylum seekers in Las Cruces last year when the federal government failed to do so, and the city is doing the same now for immigrants not included in state and federal COVID-19 relief funding.

Not providing funding to immigrant families “is not only irresponsible and offensive,” Bencomo said, it “will also have ripple effects” for Las Cruces. Restoring the economy will depend on everyone’s participation, she said.

Bencomo was speaking at a Zoom news conference Thursday, April 30, during which the nonprofit New Mexico Voices for Children (NMVC) introduced a report examining “the contributions immigrants make to the state and the nation – including the taxes they pay, the jobs they do, and the people they employ … (and) how the major relief efforts are excluding many immigrants, and how, in turn, this short-changes the communities in which they live.” The report included policy recommendations “the state and federal government should take to include immigrants in the relief programs that are paid for, in part, by the taxes they contribute.”

“All COVID-19 relief efforts at the city level continue to include all of our families,” Bencomo said. “But I fear that it won’t be enough. We must continue to call on our state and federal government to provide adequate relief for all of our families.” She said federal relief funds coming to Las Cruces and other local governments should be unrestricted, because “we know what is best for our community.”

“Due to the Social Security number requirement in order to receive a rebate check, more than 30,000 New Mexico adults and more than 38,000 New Mexico children will be denied more than $55 million in recovery rebates, meaning that money will not be circulating in New Mexico’s economy,” according to the NMVC report,” Essential but Excluded.” The report also said “60,000 undocumented New Mexicans pay more than $67.7million a year in state and local taxes.”

“We need to ensure that all new Mexicans are included in relief and continue to rebuild our economy,” Wallin said.

Other speakers at the news conference were immigrants and mothers in Albuquerque, Roswell, Hobbs, Deming and Santa Fe, including a housekeeper and a restaurant worker.

“Like all residents in the United States, immigrants make use of public services like education, health care and public safety,” the report said. “However, immigrants’ economic contributions far outweigh the cost of the public services they use. Immigrants hold a tremendous amount of purchasing power, and New Mexico immigrants inject $3.2 billion every year into the economy in spending which keeps thousands of New Mexicans employed.”

The report recommends that the federal government “pass measures that are inclusive of all residents, regardless of immigration status, in order to strengthen the ability of workers, families and children all across the country to thrive and to make our economy and future strong,” and that state and local governments “do what they can to address those left out of federal relief in order to ensure that all New Mexico workers, families, and communities can survive through and thrive after this crisis.”

Founded in 1987, NMVC is a nonpartisan nonprofit based in Albuquerque whose mission is “to improve the status, well-being and racial/ethnic equity of New Mexico’s children, families and communities in the areas of health, education and economic security by promoting public policies through credible research and effective advocacy,” according to www.nmvoices.org.

Read “Essential but Excluded” at the website under “Publications.”