Mary Kay Papen stepping down from state Senate after 20 years 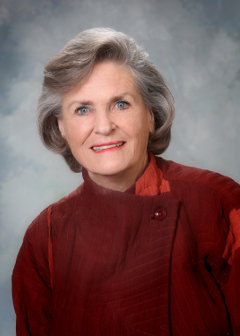 “I hope that we can stay a family. I want this bipartisanship to stay alive,” New Mexico State Senate President Pro-Tem Mary Kay Papen, a Las Cruces Democrat, said as she prepares to step down after 20 years’ service in the New Mexico Legislature.

Working “across the aisle” with state Senate Minority Leader Stuart Engle of Portales and other Republicans, “that was just paramount to me,” Papen said. “It’s not right to not hear the other party’s input. I think we have an obligation to listen.”

Papen lost in the June state Senate District 38 Democratic primary to Carrie Hamblen of Las Cruces, who is on the Nov. 3 general election ballot against Republican Charles Wendler.

Papen said she was disappointed, “not that I lost, but disappointed in the race that was run against me.” More liberal Democrats “were determined to take any of us who were moderates out.” The “beauty of the Democratic Party” is that it is a “big tent,” Papen said, and it needs to continue to be.

Across the country, the amiability in politics “has sort of gone away,” she said. “It’s so vicious and so ugly.” Papen said she is “very concerned about Trump,” and expects Democrat Joe Biden to carry New Mexico on Election Day. She also expects Democrats to continue their control of both houses of the state legislature.

Her loss in the primary coupled with the defeat of state Sen. John Arthur Smith, a Democrat from Deming who has served in the state Senate for 32 years and is chair of the Senate Finance Committee, means “we’ve lost a tremendous amount of power in the south,” Papen said.

Losing Smith is “horrible for the state,” she said, calling him “honest, tough and fair. He watched the state’s money like he was watching his own money. He’s a totally honorable man. I feel so fortunate that I got to know him. Of all the people we lost (in the June Democratic primary), myself included, John was the giant.”

Papen, 88, said she has no plans to run for office again.

“I’ve got plenty of things to do in my life,” she said, including being with family and friends and taking care of her Las Cruces home and yard. “I’ve got a very full life beyond politics,” she said.

“I feel like I did an awful lot, especially for mental health and the colonias,” Papen said, as she reflected on her service in the state Senate.

Papen said she worked hard to secure and maintain funding for roads, water systems, sewer systems – “all the things they need” in the colonias.

“My work with mental health absolutely has been near and dear to my heart,” she said. Getting Katie’s Law (the Katie Sepich Enhanced DNA Collection Act of 2010) was also an important accomplishment, Papen said.

In the 2021 legislative session – the first she won’t be part of since 2000 – Papen said she expects bills to be introduced to change New Mexico’s abortion law, increase taxes and take money from the state permanent fund. Papen said she also thinks there will be a move to “clamp down” on the state’s oil and gas industry. Oil and gas generate about 40 percent of the state’s general fund, and Papen said the legislature needs to “be careful slapping the person that feeds us in the face.”

Papen said the 25 percent state reserves approved during the 2020 legislature will help New Mexico deal with an anticipated budget shortfall in 2021.

Papen said she made “some really good friends on both sides of the aisle” during her tenure in the state Senate and will miss them. But she plans to keep the house that she and her late husband, Frank O’Brien Papen, bought in Santa Fe in 1992. Frank O. Papen held the District 38 state Senate seat 1969-86.

Unidad Park and Playground replacement kicks off with honor ceremony