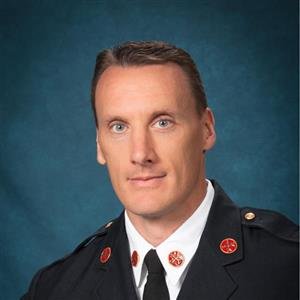 EDITOR’S NOTE: The Nov. 8 general election ballot will include four general obligation bond questions for voters who live in Las Cruces (in addition to the state GO bond questions all New Mexico voters will vote on). The four questions are 1) $6 million affordable housing fund to create homes and jobs; 2) $10 million for a new fire station to enhance public safety and shorten response times; 3) $2 million for park improvements; and 4) $5 million for phase two of the East Mesa Recreation Complex.

When Jason Smith became a firefighter in 2002, the Las Cruces Fire Department (LCFD) was responding to about 12,000 calls for service each year. 20 years later, Smith is the fire chief and the department is responding to more than 21,000 calls a year – a call volume that is increasing at double the rate of the city’s population, Smith said.

The city currently has eight fire stations and is asking city voters to vote on a $10 million general obligation (GO) bond to pay for a ninth station that would be built on the East Mesa, one of Las Cruces’ fastest growing areas.

The new station, which likely would be built on the southeast side of the intersection of Sonoma Ranch Boulevard and Central Avenue, Smith said, is needed so LCFD “can maintain the high level of service we currently provide,” the fire chief said. The station’s location would be about two miles north of U.S. 70 on Sonoma Ranch, and about 1.75 miles south of Peachtree Hills Road.

The $10 million requested will cover most of the cost of designing a 12,000-square-foot station, as well as building and equipping it, Smith said.

If the bond is approved, the new station could be operational within about three years, he said.

“Fire Station 9 will reduce response times for the Sonoma Ranch and Central service area,” the city said on its 2022 GO bond website.

In a potential LCFD District 9, the area furthest from fire service is 11 minutes and 19 seconds away, with a fire unit using lights and sirens, the city said on its 2022 GO bond page. All other areas in the city average 8:27 in response time, the city said.

“With Fire Station 9 in place, the response time for the furthest area in a potential District 9 will be reduced to 3 to 6 minutes,” the city said.

A new station also would mean a dedicated crew and fire-fighting vehicles and equipment in that area of the city so they would not have to be pulled from other fire districts to fight fires and deal with other emergencies, Smith said.

The Las Cruces fire department began as a volunteer organization in 1907 and has grown into one of the top-rated fire departments in the United States.

LCFD is rated among the top one percent of fire stations in the United States, with an ISO (Insurance Services Office) rating of one. ISO is an independent, for-profit organization that rates fire departments’ ability to protect their communities, which is a factor in determining property insurance costs.