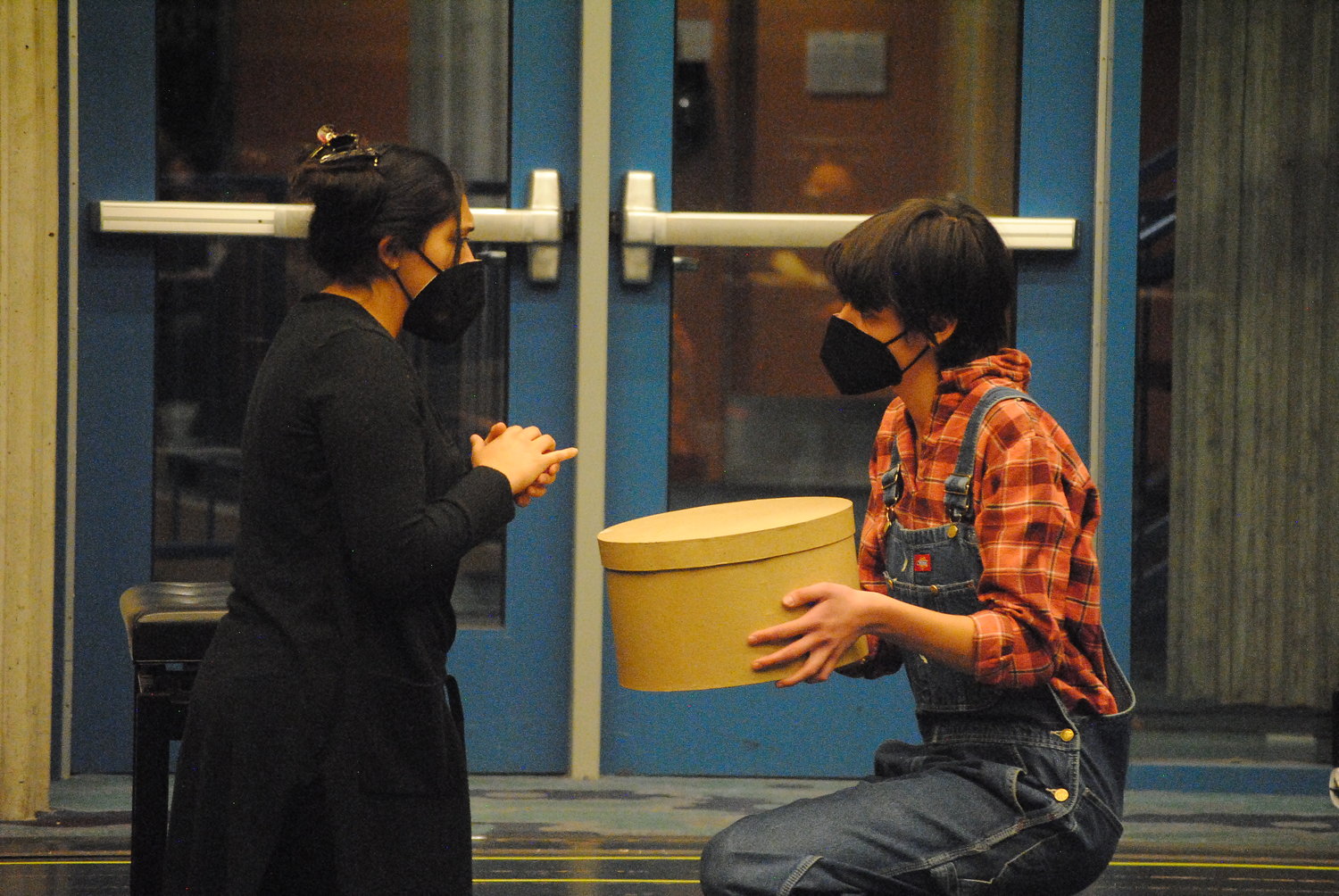 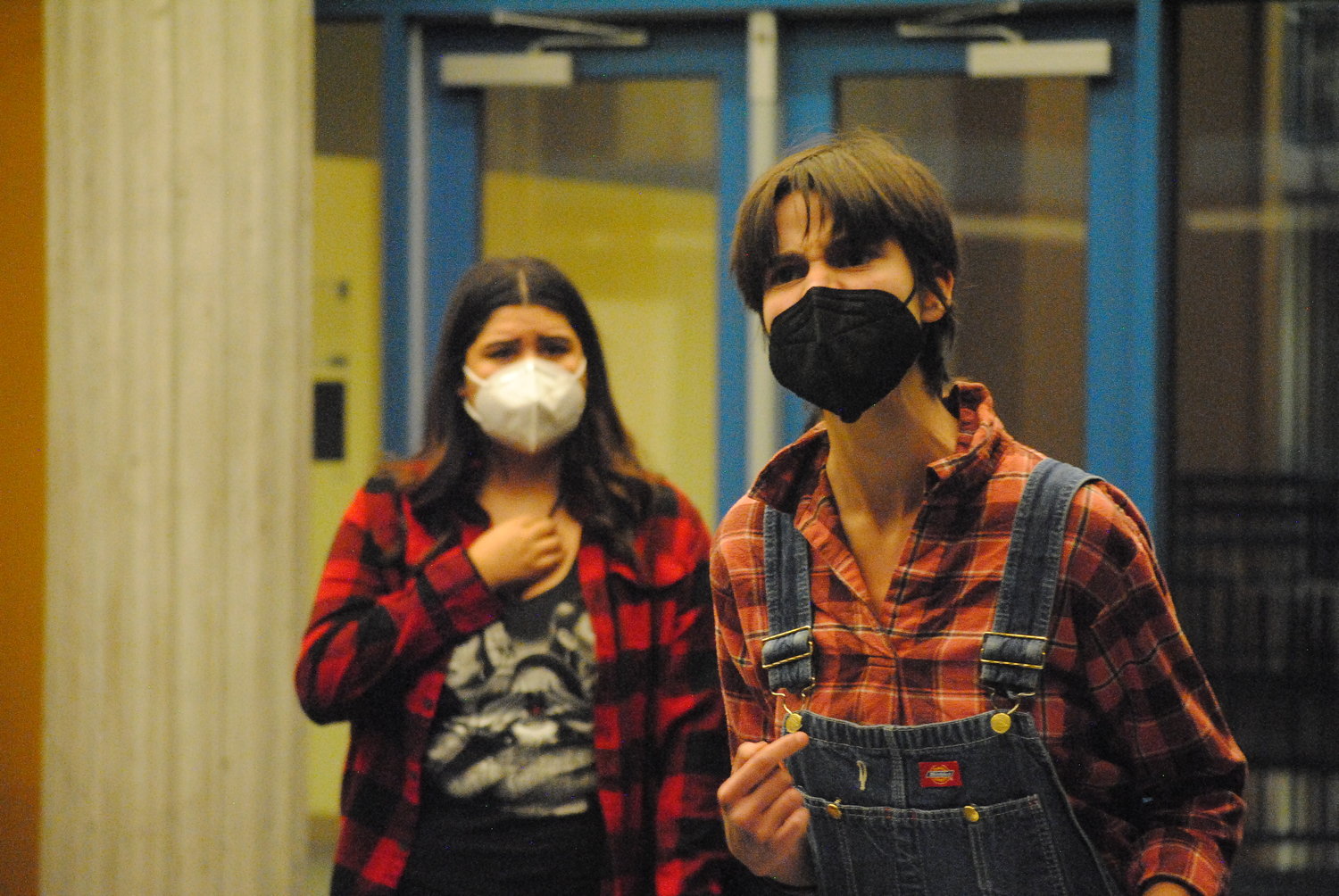 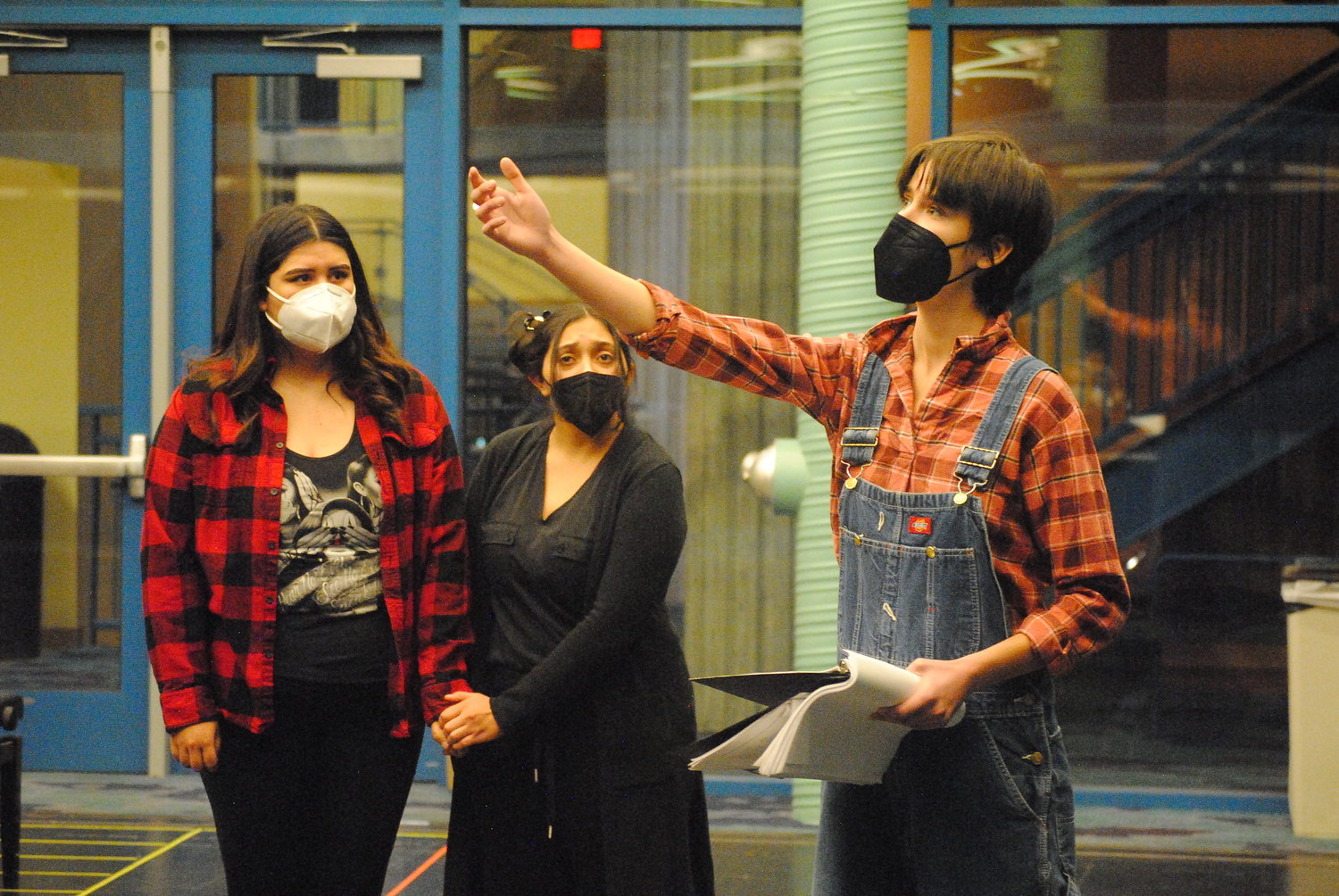 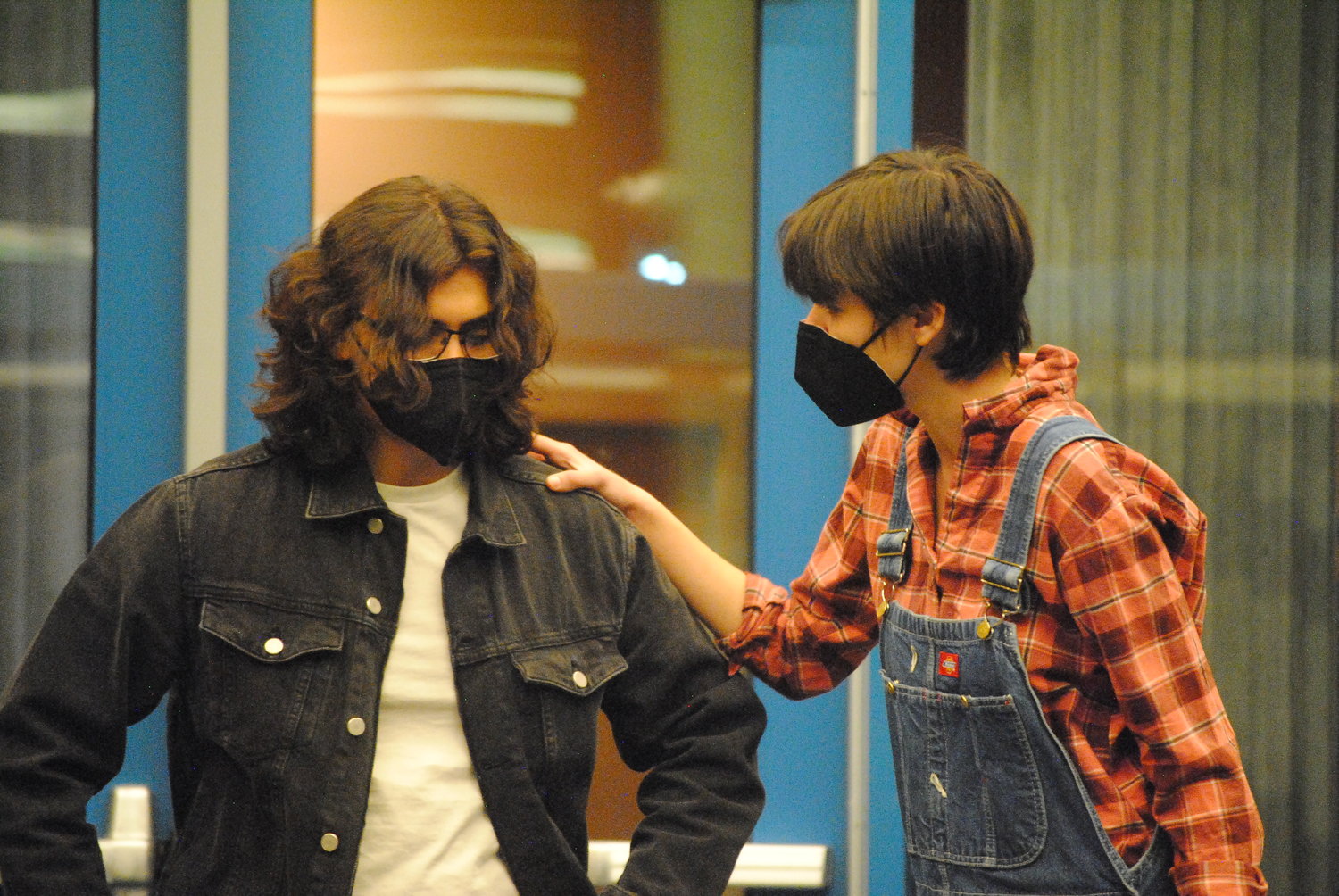 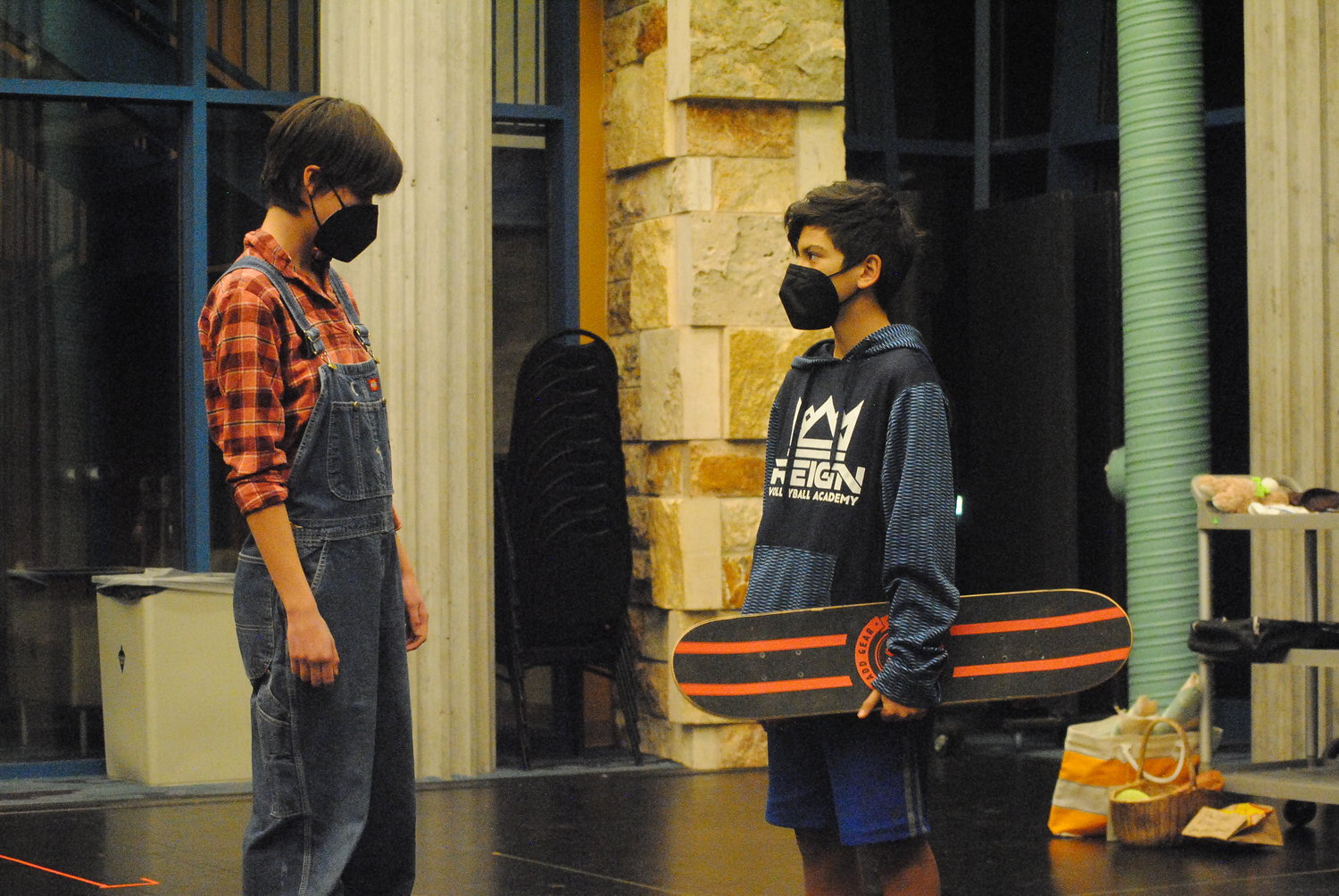 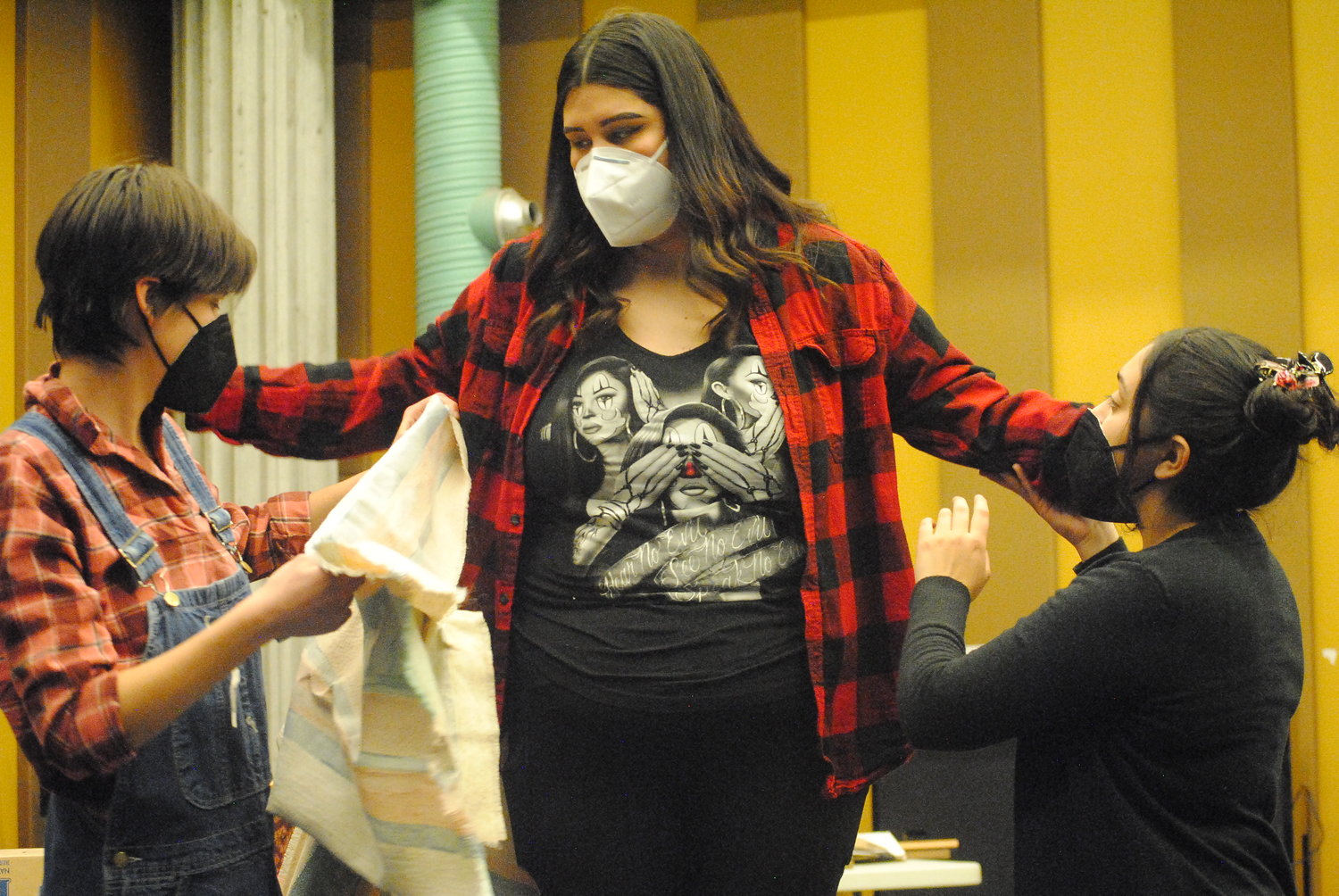 The New Mexico State University Theatre Department’s production of “Mojada: A Medea in Los Angeles,” opens Friday night, Feb. 25, for a single-weekend run at the ASNMSU Center for the Arts, 1000 E. University Ave.

Playwright Luis Alfaro “takes the Greek tragedy ‘Medea’ and sets it in Boyle Heights Los Angeles circa 2012ish,” said Theatre Department Associate Professor Larissa Lury, the play’s director. “In popular culture, it’s the tragic end of Medea that folks tend to remember and reference; sometimes we forget how much it is a story of a couple who have become ‘foreigners,’ and cannot return to their homelands.”

In “Mojada; a Medea in Los Angeles,”Lury said, “Medea and Jason stand at opposing sides of what it will take to survive as immigrants to the U.S. Jason sees the need to assimilate into the culture he sees around him; Medea sees the necessity to hold onto the culture that made her who she is. The struggle plays out over the fate of their son.

“The play brings home how much what we see when we look at one another defines who we are, or who we’re allowed to be in the world,” Lury said. “If I look at you as a queen, treat you as a queen—you are a queen; if you see me as an ‘alien,’ I become one. Throughout the play, the characters name themselves and each other: ‘housekeeper,’ ‘friend,’ ‘sister, ‘costurera’ (seamstress), ‘boss,’ ‘mi reina’ (queen), ‘her first and last,’ ‘just a door,’ ‘immigrant,’ and the slur that gives the play its title. It is heinous to think of how easily we can strip one another of our identities, how we can dehumanize with the use of a word; and yet, it’s also empowering to consider that changing the way we see one another can be a real act of transformation,” she said.

“Medea’s family is from Michoacán, and Mexican culture, including Nahua culture, philosophy and spirituality, are central to the play,” Lury said. “The dialogue weaves Spanish and English in a way we’re accustomed to in New Mexico and includes some Nahuatl as well. Working on the play has given us the gift of learning more about, celebrating and examining the heritage, cultures, languages, religions, practices, policies and world views that shape the characters in the play.”

Lucia Carmona and Carlos Aceves, two of the founders of Raices Del Saber Xinachtli Community School in Las Cruces, “have generously consulted with us, helping us with the Nahua references in the play,” Lury said.

“The work the actors are doing is remarkable,” Lury said. “Only two weeks into the rehearsal process, I find myself on a roller-coaster ride through the humor, love, and trauma the story demands; they are honoring the story and deepening their telling of it with every rehearsal.

“I expect audiences to recognize the characters in this play as people we know, as ourselves,” she said. “There’s pain in that recognition, but there’s a lot of humor too. I hope that in seeing our reflections when looking at Alfaro’s characters, we take away new insights that might shift the way we see one another-- just a little bit. Maybe that shift is the kind of transformation that allows us each to value ourselves and each other enough to recognize that we do not exist without one another.”

Tickets are $20 for adults, $16 for senior citizens, $12 for students and $8 for under age 18. Tickets for the Feb. 17 preview performance only are $10 for the general public and are free for NMSU students and staff.

For tickets, visit www.onthestage.tickets/show/new-mexico-state-university/mojada-57981 and click on “Buy Tickets.”